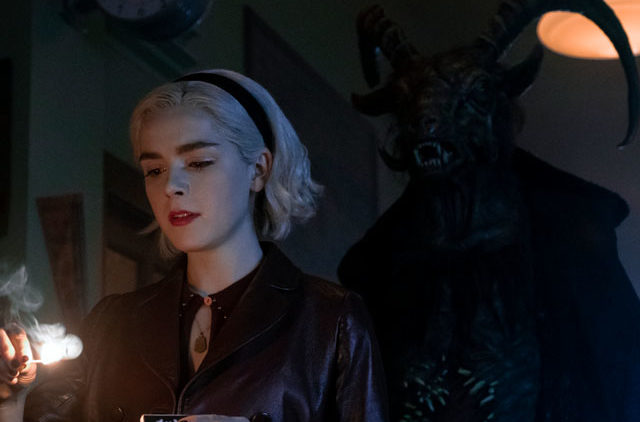 Chilling Adventures of Sabrina is gearing up for part 2 of its first season, and it looks as though Sabrina Spellman has some major challenges ahead of her.

We’ve known for some time that season 1, part 2 (or season 2) would debut on April 5.  We then got a bonus Christmas episode, and news of a renewal for parts 3 and 4. Then things went quiet for a bit.

Well, it seems all systems are go now to start promoting the new set of episodes as Netflix released a synopsis and five first-look images.

Part 2 finds Sabrina exploring her darker side, curious to learn more about her heritage, while struggling to maintain her friendships in the mortal world. Romantically, Sabrina is caught in an unholy love triangle with between sexy warlock Nicholas Scratch and salt-of-the-Earth mortal Harvey Kinkle. Meanwhile, The Dark Lord, Madame Satan, and Father Blackwood continue to conjure chaos in the Spellman household and the town of Greendale. And they aren’t the only ones trying to raise hell. Everything is in question…relationships, identity, true intentions…when the devil’s work is at hand.

As you may remember, part 1 ended with Sabrina (Kiernan Shipka) finally signing the Book of the Beast and getting the power she needed to defeat the Thirteen at the Hanging Tree. There was no way that wasn’t going to have lasting consequences.

We loved season 1, so we can’t wait to see where this next set of episodes takes us.

Chilling Adventures of Sabrina season 2 will debut on April 5, 2019. 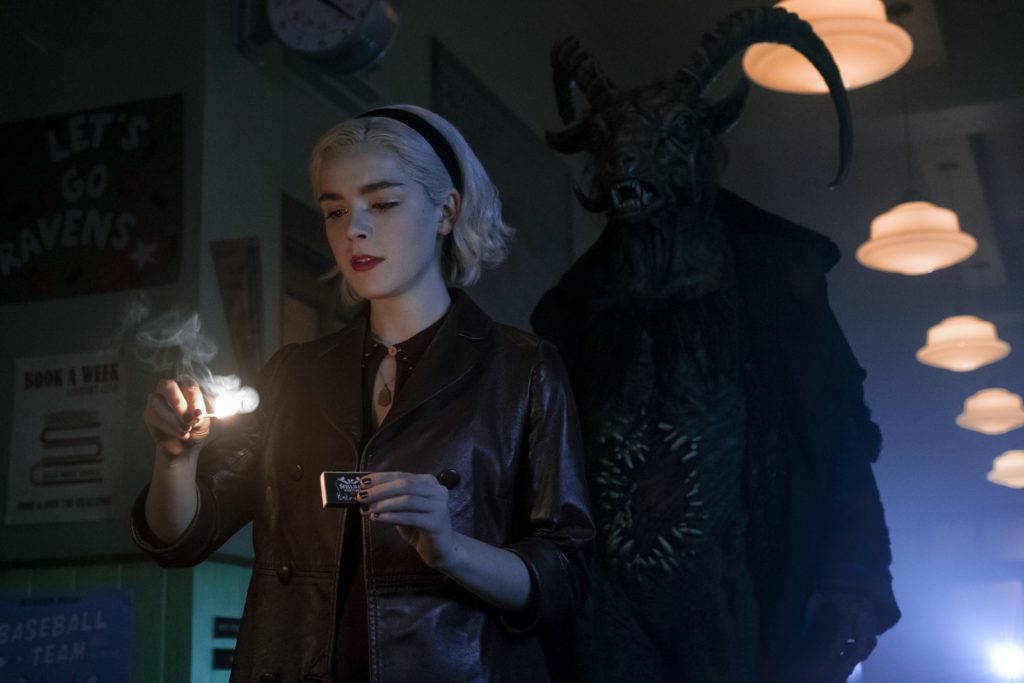