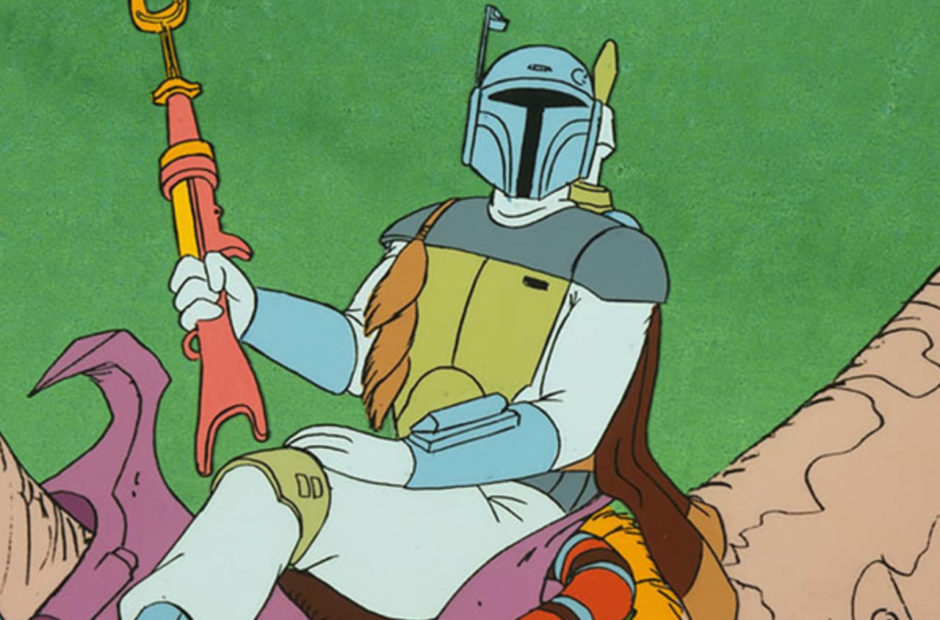 In a completely unexpected move, Boba Fett’s animated debut from the Star Wars Holiday Special will be arriving on Disney Plus in April.

Famous for its awfulness, the Star Wars Holiday Special was locked away in the Lucasfilm vault following its one-and-only airing on television in 1978. While bootleg copies have circulated ever since, it has a second claim to fame as the first encounter fans made with Boba Fett.

Hidden amongst the moments where Bea Arthur sings – a thing that really happened in the special – and celebrating Life Day, was an animated Star Wars adventure. Chewbacca’s son, Lumpawaroo, watched the animated adventure while the Imperials were searching his home in the story.

Entitled “The Story of the Faithful Wookiee,” the story marked the first appearance of Boba Fett, as well as the Amban phase-pulse rifle that would go on to be a trademark of The Mandalorian series.

Whether or not this means we could see the complete Holiday Special someday, our advice is that you don’t hold your breath. When we say that it’s bad, we can not adequately explain how much we are underselling its awfulness. Lucasfilm has also stated that it has no plans to release the special in its entirety.

But, at the same time, we’ve learned over the year that it isn’t wise to say “never” when it comes to decisions such as this.