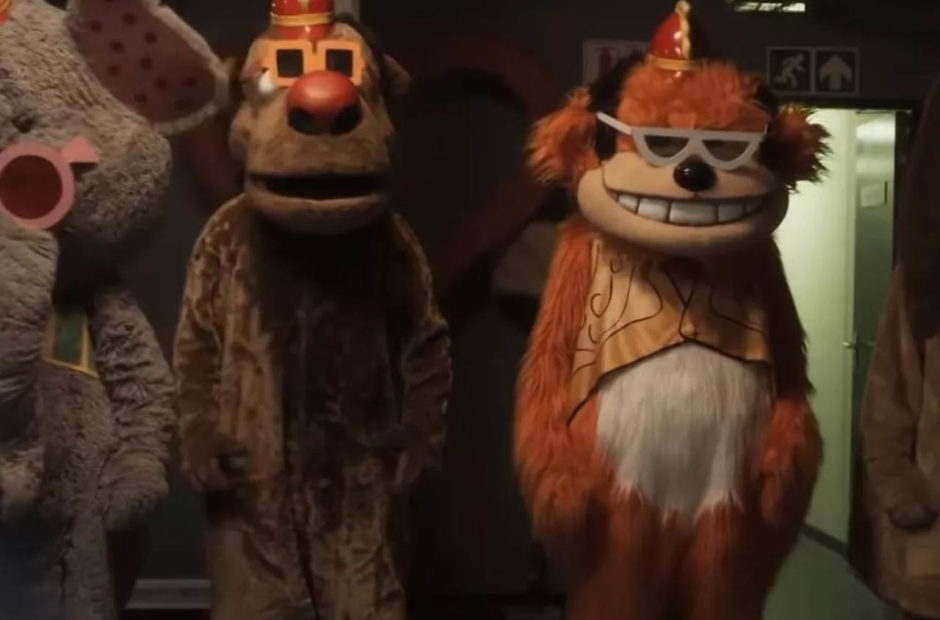 After some odd announcements that most thought were a joke, The Banana Splits horror movie is real, and the trailer is here.

The Banana Splits show was part of the Hanna-Barbera television empire. The series ran for two seasons from Sept. 7, 1968 to Sept. 5, 1970. The series followed a fictional ban of animals made up of Fleegle (guitar, vocals), Bingo (drums, vocals), Drooper (bass, vocals), and Snorky (keyboards, effects). It was a variety series that also included serials such as Danger Island and cartoons such as Arabian Knights.

Sid & Marty Kroft designed the costumes, and credited this series with their ability to launch H.R. Pufnstuf.

Now The Banana Splits are back… as a horror movie?

Clearly, this story is influenced by the Five Nights at Freddy’s games and toys about animatronics that go crazy. Why in the world this was the direction they chose to go is beyond us.

The movie will come out on Blu-ray and DVD this summer, and it will air on the Syfy Network later in the year. For now, join us in trying to figure out why this exists.