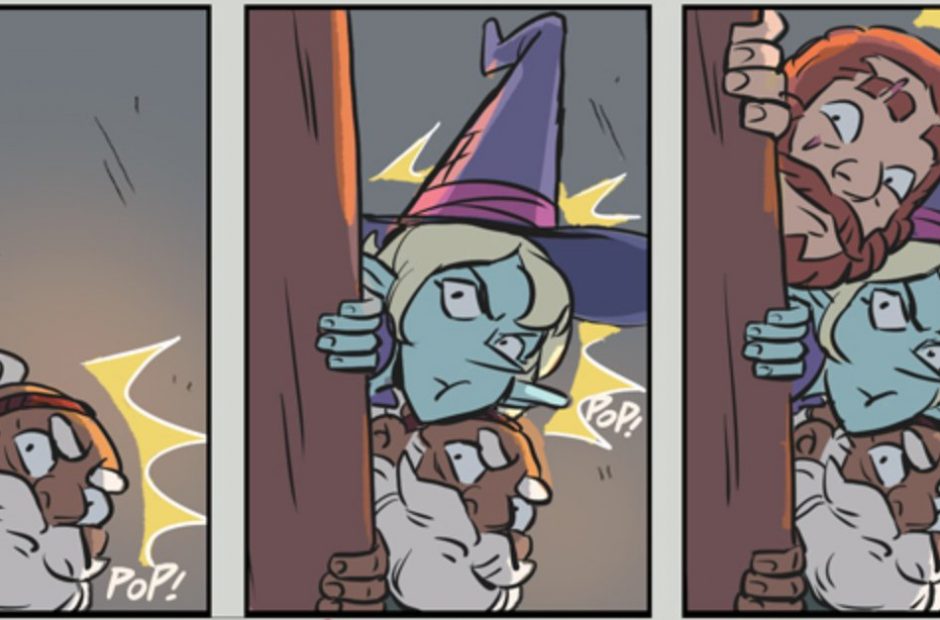 ‘The Adventure Zone’ is a D&D podcast that started out as a goofy distraction for the McElroy brothers, just another podcast among their many, including regular broadcasts like ‘My Brother, My Brother and Me,’ and ‘Sawbones.’ But over the course of their 69-episode ‘Balance’ storyline, the story turned from a silly goof into what Justin McElroy described as being “three brothers and their dad who played D&D so hard they made each other cry.” They gained countless fans in the process and now the first arc of the story, “Here There Be Gerblins,” is out on shelves in graphic-novel form. And it’s selling like crazy.

The graphic novel adaptation topped the New York Times‘ paperback trade fiction best-sellers list and climbed to third on the overall combined print and e-book fiction list. Those are new heights for a graphic novel on both lists, having surpassed previous

The group’s dungeon master, Griffin McElroy, who guides the story and lays out the framework that his two brothers and father built their characters in, took to Twitter to thank fans:

HOLY SHIT. Thank you SO MUCH to everyone who picked up our graphic novel this past week! (And folks who pre-ordered!) This is fucking UNBELIEVABLE. https://t.co/v7B5rskftS

If you haven’t checked out the podcast yet or aren’t a podcast person, this graphic novel is a great way to get into what is genuinely one of the best pieces of fiction in the last few years. It’s one of many, many D&D podcasts out there, but it’s easily one of the best and definitely my favorite. The Adventure Zone: Here There Be Gerblins is out now, and you can look forward to more Adventure Zone-related chatter here on TheNerdy in the near future.