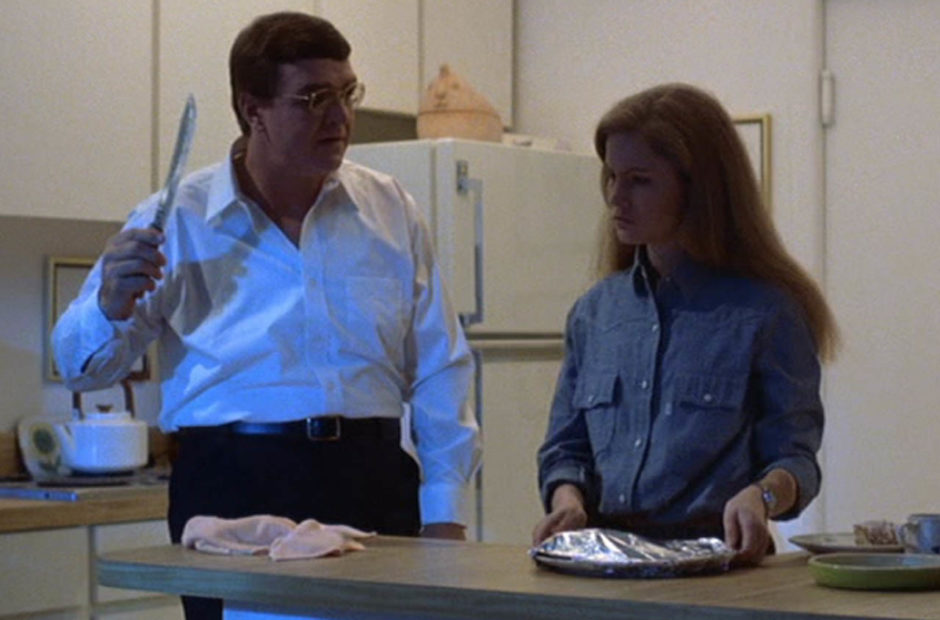 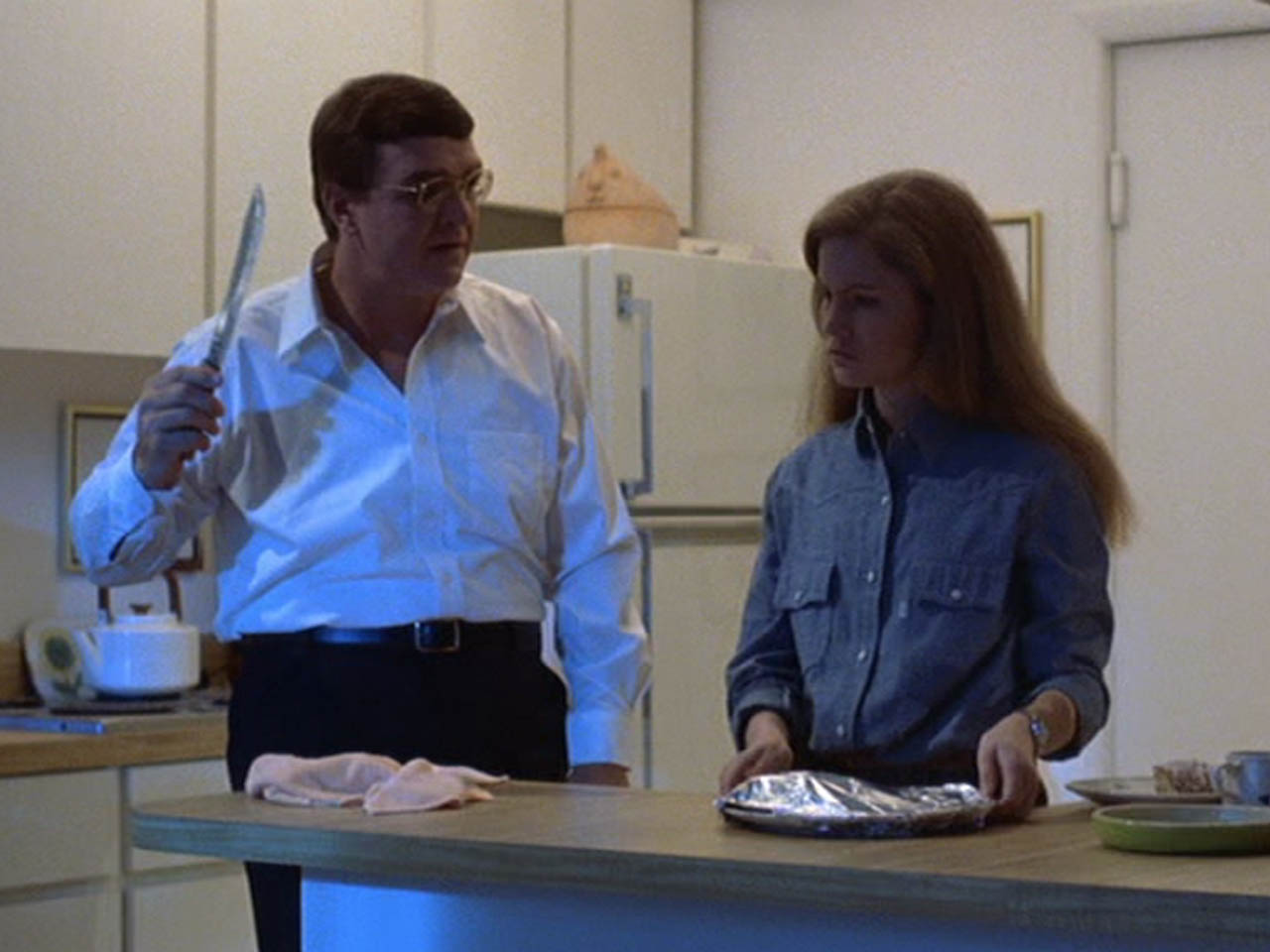 Eyes of a Stranger

We commented two weeks ago about how heavy 1981 was on slasher films, and that continues this week with Eyes of a Stranger.

Eyes of a Stranger follows a run-of-the-mill serial killer as he terrorizes the women of Miami. A reporter played by Lauren Tewes – best known for The Love Boat – begins to piece together who the killer is and tries to gather proof on him.

Directed by Ken Wiederhorn, there is nothing that memorable here when it comes to kills, but there is an interesting twist with the sister played by a very young Jennifer Jason Leigh. She was abducted as a young girl and assaulted. The trauma caused her to shut out the world meaning she is, for lack of a better term, willingly blind, deaf, and mute.

This leads to one of the tensest scenes I can remember in a long time as Stanley (John DiSanti) comes to the sisters’ apartment to get rid of Jane’s snooping ways. He figures out Tracy is blind and then begins to torment her by moving things on her while he stands a foot away from her. The danger she is unknowingly in, and DiDanti’s glee at how close he can be to the victim is unnerving.

That scene alone is worth checking out this movie as it is one that will stick with me for some time.

The 1981 movie reviews will return on April 3 with Atlantic City!