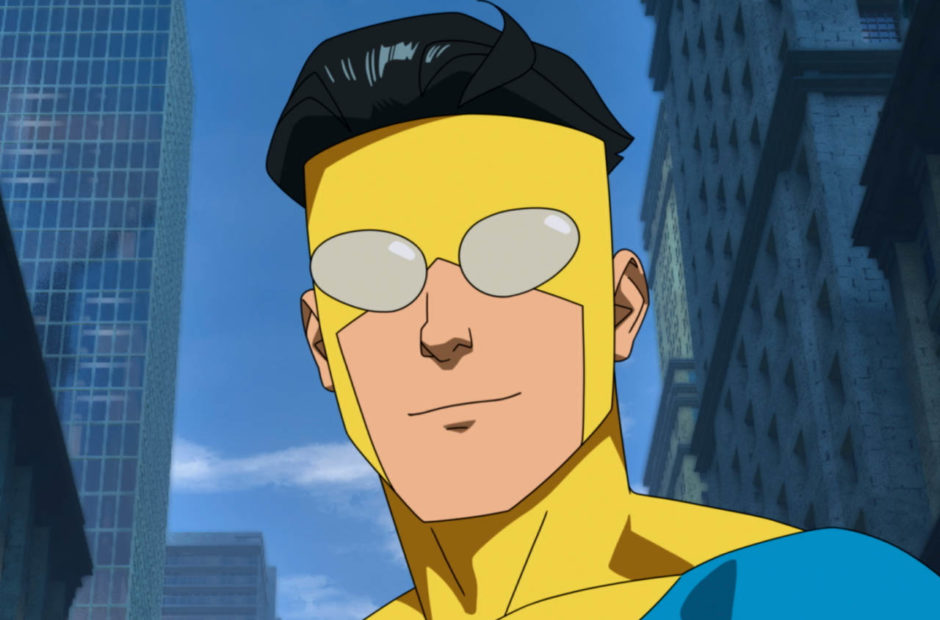 Amazon seems to be making a name for itself in questioning what it takes to make a superhero, and Invincible is continuing in that lane.

As you watch Invincible it’s interesting to remember that it is being shown on the same service as The Boys. While both shows take different roads and journeys, they both seemingly end up at the same destination of, “putting on a costume and being a hero can be a bit weird.”

Amazon provided us with three of the eight episodes of Invincible to check out, and what we found is a fun, albeit gory at times, romp through the career path of a hero.

When we first meet 17-year-old Mark Grayson (Steven Yuen), he hasn’t yet come into his powers despite being the son of the extraterrestrial Omni-Man (J.K. Simmons). That is quickly resolved and by the end of the first episode it seems as though Mark is well on his way to his career as a superhero. But first he’ll need to take care of some things at school.

As the series focuses on a teen hero living a dual life, that also means we get two crushes. His civilian life crush is on Amber (Zazie Beetz), while his superhero crush is on Atom Eve (Gillian Jacobs). Eve, however, has a boyfriend in the form of Rex Splode (Jason Mantzoukas), so she’s not an option for the moment.

While the series is interesting, and a major overarching mystery kicks off fairly quickly, Invincible does feel a bit less than fresh with The Boys already in its third season. Questioning the place of spandex-wearing heroes in the world is surprisingly a bit of old hat for most audiences.

Even with that being said, there is still a lot to enjoy in this series, and the animated format gives it a lot of freedom to breathe and do things no live-action series could ever even ponder. And while you may be used to animated shows clocking in at around 30 minutes each, these run nearly an hour each giving you a lot of development to play with each episode.

If you already have Amazon Prime Video, then Invincible is a super easy recommendation. If you don’t currently have the service, you can definitely pass on it for the time being. We’ve enjoyed what we’ve seen so far, but it would be difficult to call it a service seller.

Amazon Studios provided us with the first three episodes of Invincible for the purposes of this review. We watched all three to completion before beginning this review.