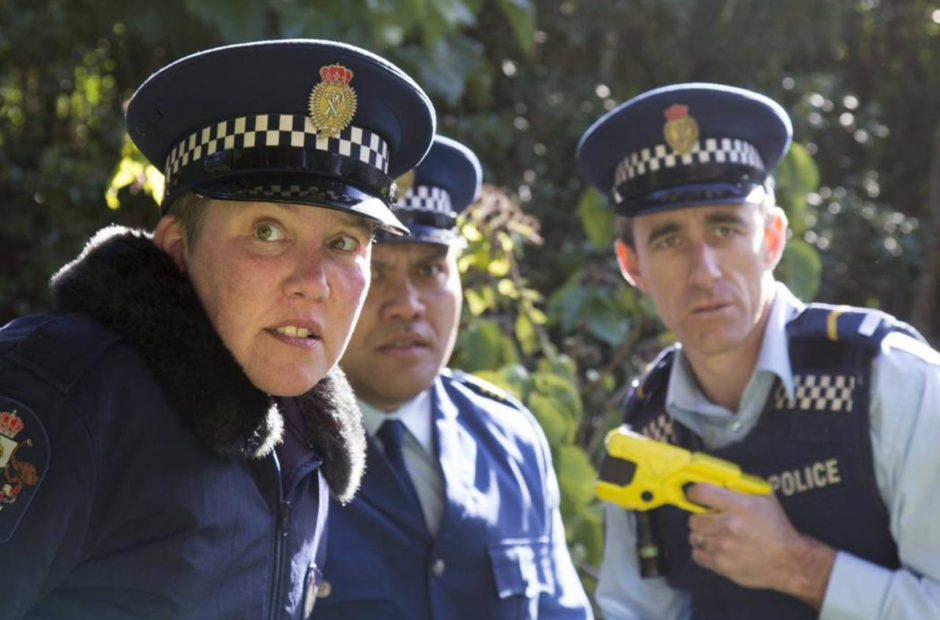 The What We Do in the Shadows movie is getting a second spinoff entitled Wellington Paranormal.

In the U.S. we’ve had one spinoff from the film What We Do in the Shadows with a series of the same name. In New Zealand, however, there is a second spinoff entitled Wellington Paranormal. This series follows the paranormal division of the Wellington police department, and enjoys heavy connections to the film.

The series was Created by Jemaine Clement and Taika Waititi, the same creative team behind the film and television series. The two main stars are Mike Minogue and Karen O’Leary as Officer Minogue and Officer O’Leary respectively. If those names ring a bell, it’s because they appeared as the police that stopped by the vampire house. They are joined in the series by Maaka Pohatu as Sergeant Maaka.

Wellington Paranormal “follows the adventures of Officers O’Leary and Minogue, hard-working members of the Wellington constabulary’s paranormal unit who, under the supervision of Sergeant Maaka, investigate supernatural occurrences that arise in the capital of New Zealand on a surprisingly regular basis.”

The series debuted in New Zealand in 2018 and is currently airing its third season. It is now making its way to the U.S. on both The CW and HBO Max this summer. There is no word on a debut date as of yet, or how many episodes will be shown immediately.