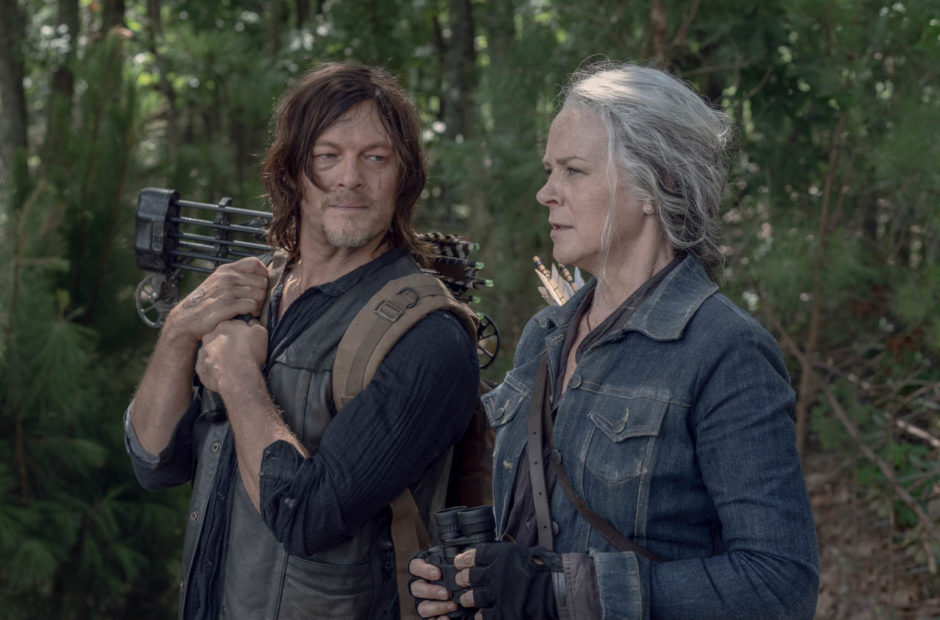 AMC has announced that the original The Walking Dead will come to an end with season 11. Don’t fear, though, as more spinoffs are on the way.

Originally season 10 of The Walking Dead was set to end with the episode that will be airing on Oct. 10. Over the course of the coronavirus shutdown, it has been decided to add six additional episodes to the season. Season 11 production will then begin and begin airing in late 2021 for 24 episodes and will conclude in 2022.

Following the closure of the series, a new spinoff will launch that will focus on Daryl (Norman Reedus) and Carol (Melissa McBride). Exactly what form that series will take is anyone’s guess at this point, but the series is now in the early stages of development.

AMC has teased that a second spinoff is in the works that would be more of an anthology series. This one would let shorter stories be told that could be placed anywhere in the timeline. Part of the thinking for this series is that would also allow characters that have been killed off come back for a one-off story of some unknown moment in their history. Imagine a story of Glenn in the early days of the apocalypse or the like.

It is easy to dismiss the Daryl & Carol spinoff as just season 12 of the main series. How it will deviate enough from what we already know will be interesting to watch.

With 30 unfilmed episodes of The Walking Dead still to be shot, at least there is some time to figure all of this out.