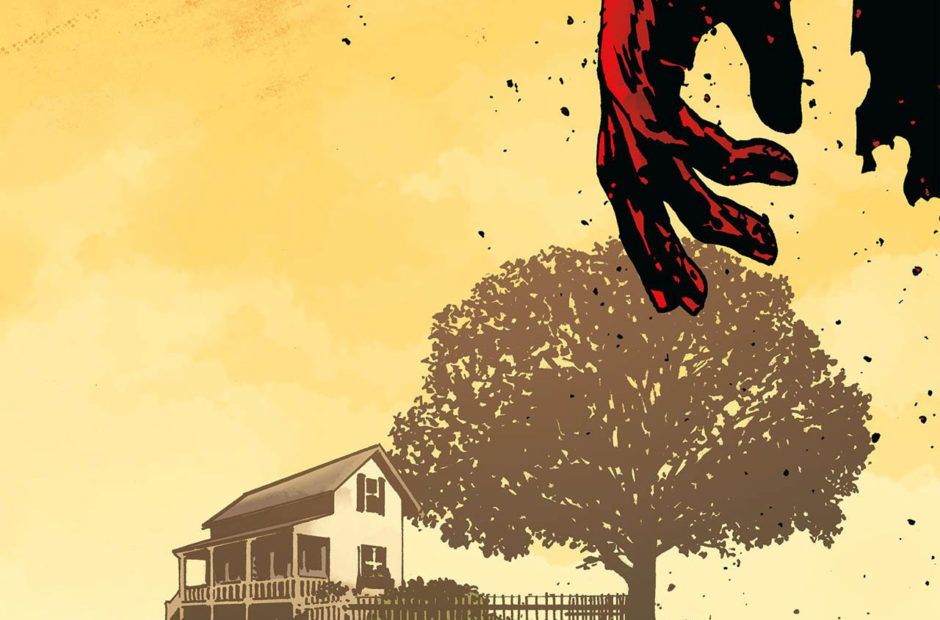 When you head to your local comic store this week for your fix of new issues, you’re going to be in for a bit of a shock with The Walking Dead #193.

With absolutely no warning, issue #193 will be the final issue of the series.

Issue #193 of The Walking Dead ends with an essay by series creator Robert Kirkman saying, “I hate knowing what’s coming. As a fan, I hate it when I realize I’m in the third act of a movie and the story is winding down. I hate that I can count commercial breaks and know I’m nearing the end of a TV show. I hate that you can feel when you’re getting to the end of a book, or a graphic novel. Some of the best episodes of Game of Thrones are when they’re structured in such a way and paced to perfection so your brain can’t tell if it’s been watching for 15 minutes or 50 minutes … and when the end comes… you’re stunned.”

“I love long movies for that very reason,” Kirkman continued. “You lose track of time because you went in convinced that you’re going to be there for a long time, but the story moves at such an entertaining and engaging pace that by the time the movie’s wrapping up … you can’t believe it’s already over. Surprise, it’s over! All I’ve ever done, all a creator can really do… is tailor-make stories to entertain themselves, and hope the audience feels the same way. That’s all I’ve ever been doing… and it seems to work most of the time.”

Kirkman further explained his reasoning by saying, “The Walking Dead has always been built on surprise. Not knowing what’s going to happen when you turn the page, who’s going to die, how they’re going to die… it’s been essential to the success of this series. It’s been the lifeblood that’s been keeping it going all these years, keeping people engaged. It just felt wrong and against the very nature of this series not to make the actual end as surprising as all the big deaths… from Shane all the way to Rick.”

The Walking Dead launched in 2003 and went on to launch the television series of the same name, a second series in Fear the Walking Dead, and a third series currently in pre-production.