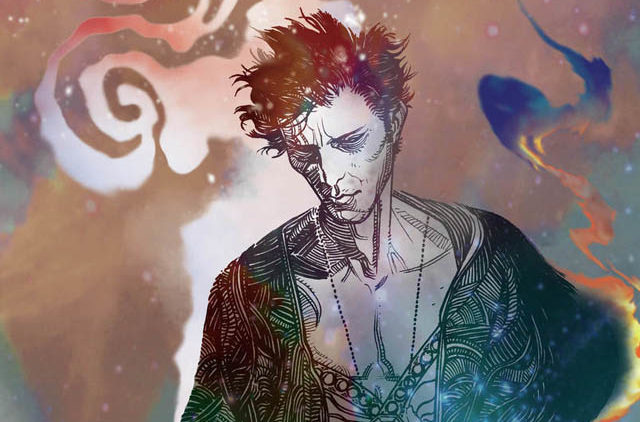 After numerous false starts, it appears that Neil Gaiman’s Sandman will be getting a live-action adaptation courtesy of Netflix.

Debuting in 1989 under DC’s Vertigo imprint – now defunct – Neil Gaiman’s Sandman was an overnight sensation in the comic’s industry. Almost immediately there were talks of trying to turn it into a movie, and it just never could seem to come together. Now, Netflix has given a straight-to-series order for 10 episodes of a Sandman series. Alan Heinberg (The Catch, Grey’s Anatomy) will write and serve as the showrunner on the series. Meanwhile, Neil Gaiman is onboard as executive producer along with David S. Goyer (Krypton).

The most recent attempt having at getting a project off the ground involved Gaiman, Goyer, and Joseph Gordon-Levitt. That version was to be a feature film, but it fell apart in March 2016 over creative differences between Levitt and the studio.

In Nov. 2016, Eric Heisserer, the screenwriter of the Levitt version, told iO9, “I … came to the conclusion that the best version of this property exists as an HBO series or limited series, not as a feature film, not even as a trilogy.” He went on to add, “The structure of the feature film really doesn’t mesh with this. So I went back and said here’s the work that I’ve done. This isn’t where it should be. It needs to go to TV.”

Gaiman appears to be a hot commodity in the world of television as of late. His American Gods is set for a third season on Starz, while Amazon debuted Good Omens in May. And while the departures from the source material are numerous, Gaiman is credited as the creator on Netflix’s Lucifer as well.

No news yet on casting, and that may be one of the toughest hurdles for this series. Everyone is going to have their opinions on who should play Dream and his brothers and sisters. And we can’t wait to see how the casting for Death goes.

We’ll be keeping a close eye on this project.