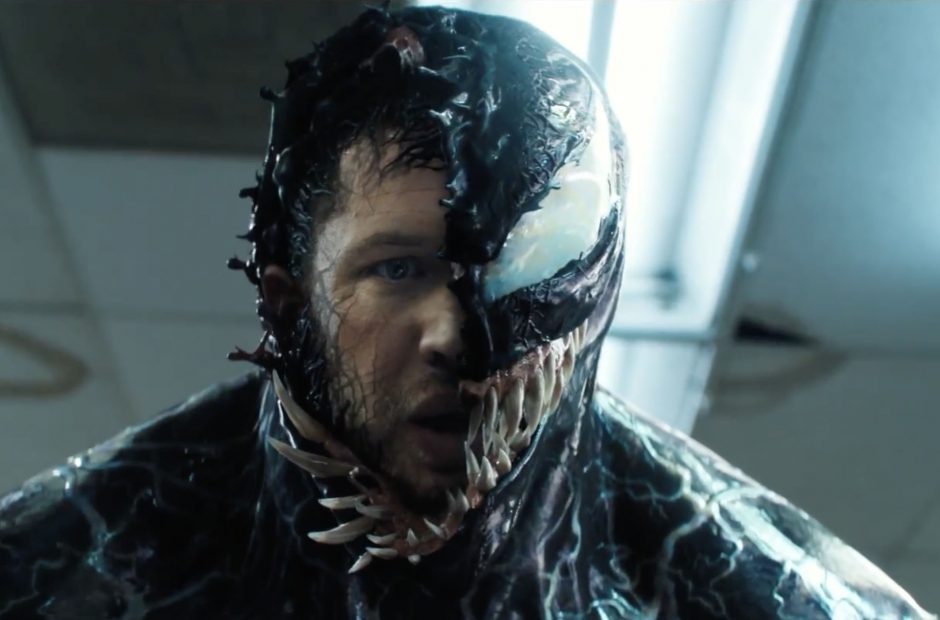 When movies begin their marketing tie-ins with random companies, it often results in silly ads that usually don’t connect well with the movie. Venom is treading down the same path with its marketing tie-in with ESPN, and the commercial is so bad, it’s actually kind of great.

Here’s how the ESPN ad goes. Two NFL legends, Randy Moss and Charles Woodson, are holding mascot auditions and they are stressing the importance of the mascot being scary. To give an example, they bring out Tom Hardy as Eddie Brock, with a result that display absolutely terrible CGI. He was literally just plucked from a Venom scene and superimposed over a doorway.

But wait, it gets worse. He then shows them all the true meaning of a scary mascot by turning to Venom and begins to eat all of the participants of the meeting (off screen) except Moss and Woodson.

Calling the ad silly is a bit of an understatement. It reaches a new level of cheesiness, but in there lies its charm. Obviously this is a low-budget ad that will only run a few weeks, so we doubt Sony or ESPN put that many resources or thought into making it a masterpiece. It was all about connecting the movie to the network, and it succeeded. Yet, it was so haphazardly made, you can’t help but just chuckle at the commercial.

Regardless, it has amassed over 143,000 views on YouTube, confirming its comical drawbacks turned it into an unexpected success, and that’s all Sony and ESPN could have asked for.