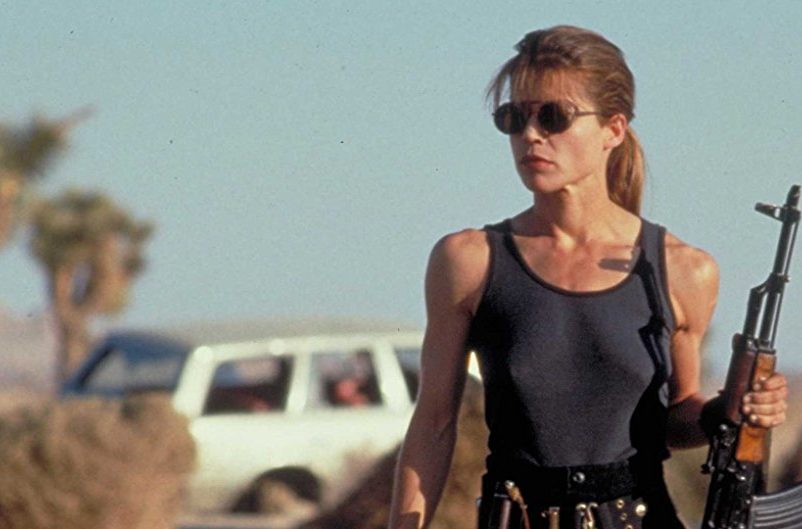 When Terminator 2: Judgement Day came out, it cemented Linda Hamilton’s Sarah Connor as one of Hollywood’s most legendary action heroes. Now, almost 30 years later, and Hamilton is returning to the franchise to reprise her role—and she looks as tough as ever.

The first official photo from the upcoming Terminator continuation (which also feature Arnold Schwarzenegger) give us a good look at Hamilton’s Sarah Connor, along with two newcomers: Natalia Reyes and Mackenzie Davis. Judging by the odd etchings on Davis’ skin, she might be the next iteration of the Terminator.

Reyes, meanwhile, could be playing a mechanic, which is indicated by the “Arius Motors” shirt she’s wearing.

But the focal point, of course, is Hamilton, who’s sporting aviators and an arsenal of weaponry, including a pump-action shotgun. Seriously, she looks like she’s been preparing for her return for a while.

As for the object slung over her shoulder, we’re not entirely sure of its significance. It doesn’t really look like a weapon, so is it a document? At this point, it doesn’t matter, because all we’re focused on is how awesome Hamilton looks back in the franchise she helped build.

The newest Terminator movie is set to hit theaters on November 22, 2019.