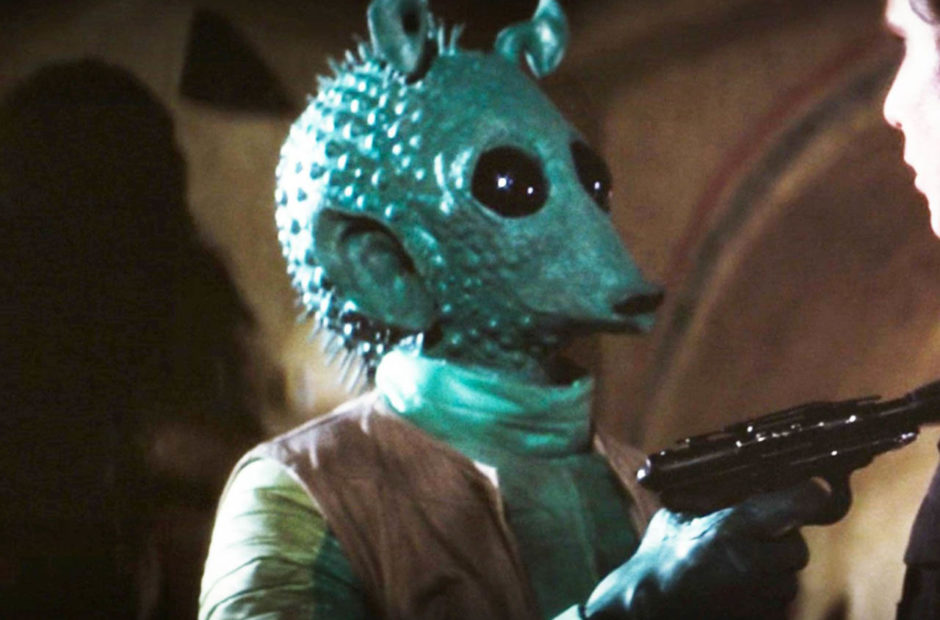 Fire up the Falcon, it’s time to make the jump to lightspeed and yet another controversy over the Greedo scene.

Famously, in the theatrical cut of the original Star Wars, we saw Han Solo kill bounty hunter Greedo shot in cold blood. It established Han was a dangerous man, and people loved it.

Flash forward to the Special Edition, and suddenly Greedo fires an awkward first shot that misses Han. Then on the Blu-ray set in 2011, Greedo’s shot was cleaned up, but he still fired first.

When Disney Plus launched on Nov. 12, fans that checked out A New Hope found that there is a further edit. Now, as Greedo fires, and is shot by Han, he exclaims “Maclunkey!” There is no subtitle for it, but oddly enough it was said in Star Wars: Episode 1 – The Phantom Menace by Sebulba. It’s Huttese for “This’ll be the end of you.”

According to Vanity Fair, George Lucas made the edit in 2012 before Disney purchased Lucasfilm. Why he made the edit is anyone’s guess at this point.

Why Lucas was so obsessed with this scene is anyone’s guess. Luckily he can’t mess with any further.