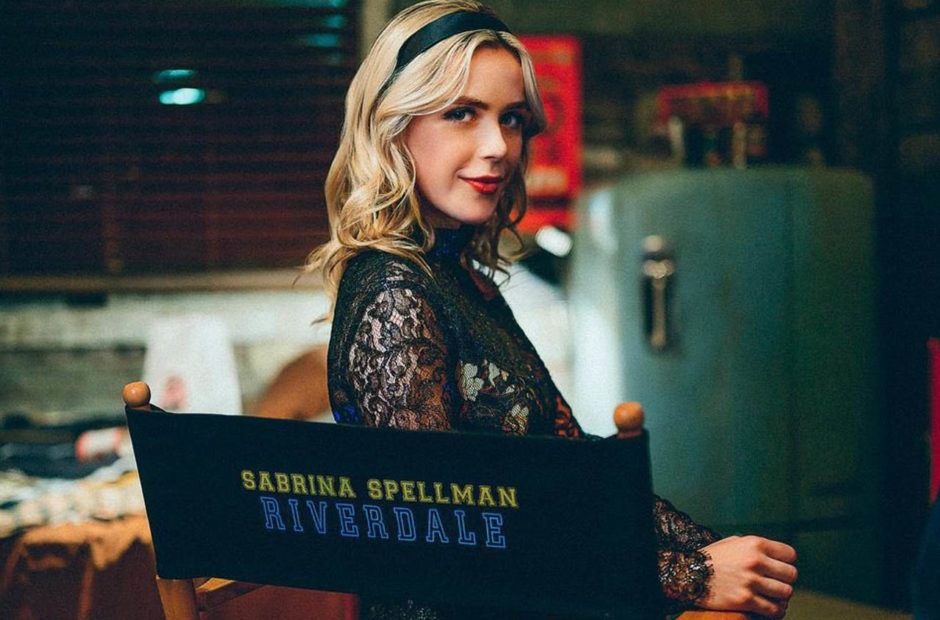 It’s finally happening as Sabrina Spellman will be coming to Riverdale in season 6.

It was announced on Thursday that Kiernan Shipka will reprise her role as Sabrina Spellman on Riverdale season 6. “from Greendale to Riverdale. See u [sic] in Season 6,” the actor said on Instagram.

“We’ve been talking about having Sabrina visit Riverdale since season 1, so it’s thrilling that this is finally happening, as part of our ‘Rivervale’ special event,” showrunner Roberto Aguirre-Sacasa said in a statement. “It’s also perfect that she shows up to help Cheryl Blossom during her hour of greatest need. Everyone on set lost their minds — I think fans will, too. It’s really fun and special.”

The story will see Sabrina coming to Riverdale when Cheryl Blossom (Madelaine Petsch) attempts to perform a dangerous spell. There is, however, a bit of a stumbling block, and you should avoid this next part if you have not watched the final episode of the Chilling Adventures of Sabrina on Netflix.

When the series ended, Sabrina was dead and existing in the afterlife. It was never perfectly clear if the timelines of the two shows matched up perfectly, so that may be the explanation. The other explanation, of course, could be that she just crosses over as a spirit. We’ll just have to wait and see.

And could this lead to future appearances in the series for the witch? Our guess is this will be a one-time event, but we can always hope that it may lead to more.

Sabrina will appear in the fourth episode of Riverdale season 6 entitled “The Witching Hour(s).”