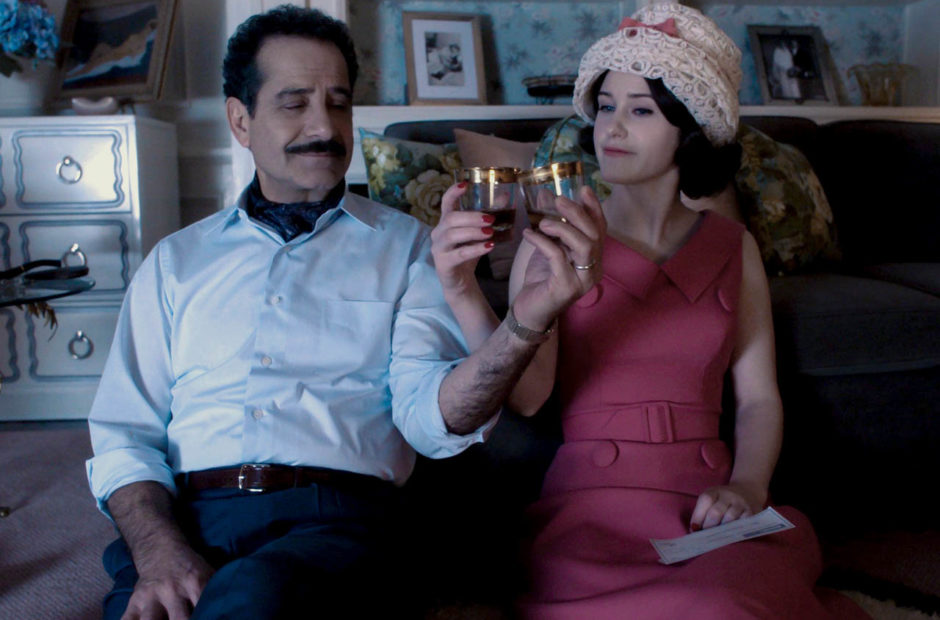 When last we left Midge (Rachel Brosnahan) and Susie (Alex Borstein), they had just been unceremoniously dropped from the Shy Baldwin tour. The first episode begins slightly in the future before jumping back to the immediate moments at the airport. Midge has a lot to process about what just happened, and she takes it about as well as can expected before beating a taxi with a tree branch.

What follows is Midge and Susie spending two episodes – all that was sent to reviewers – examining their lives and careers. These two episodes feel more like an epilogue to season 3 than a beginning of season 4. The show spends so much time trying to process the fallout of season 3 that it feels as though there is no forward momentum as of yet for the characters. Only at the very end of episode 2 do we feel as though Midge may be opening a new chapter of her career.

And these issues don’t seem to be limited to our main duo, either. Joel (Michael Zegen) is trying to find a happy medium with not only his nightclub landlords (“I never said they’re your landlords.”) as well as his newish girlfriend, Mei Lin (Stephanie Hsu). Midge’s parents are trying to deal with living with the Maisels, while Abe (Tony Shalhoub) is coming to the realization that following his passions doesn’t pay very well.

And it is that last point that seems to be the biggest moment of character growth in these first two episodes. You walk away from this part of the story with a sense that Abe, in a moment of questioning his entire life, may finally understand his daughter just the little bit more and why she must pursue these comedic demons that possess her.

With only eight episodes in season 4, it feels odd to have spent a quarter of our season trying to get to this new launching point, but isn’t that just life at the end of the day? Nothing moves quite as quickly as we would hope.

Amazon has adopted a different release schedule for Marvelous Mrs. Maisel season 4 with two episodes releasing each week for four weeks. Hopefully as we went the second set of two we’ll finally feel as though we have some forward momentum.

For now, if you’re already along for this ride, the show plays to its strengths. The dialog is still sharp and quick, the sets are spectacular, and the costuming is to die for. But if there are things you don’t like about the series, odds are high that the issues will more than likely still be there.

Disclaimer: Amazon provided The Nerdy with the first two episodes of The Marvelous Mrs. Maisel season 4 for the purposes of this review. We watched them to completion before beginning this review.