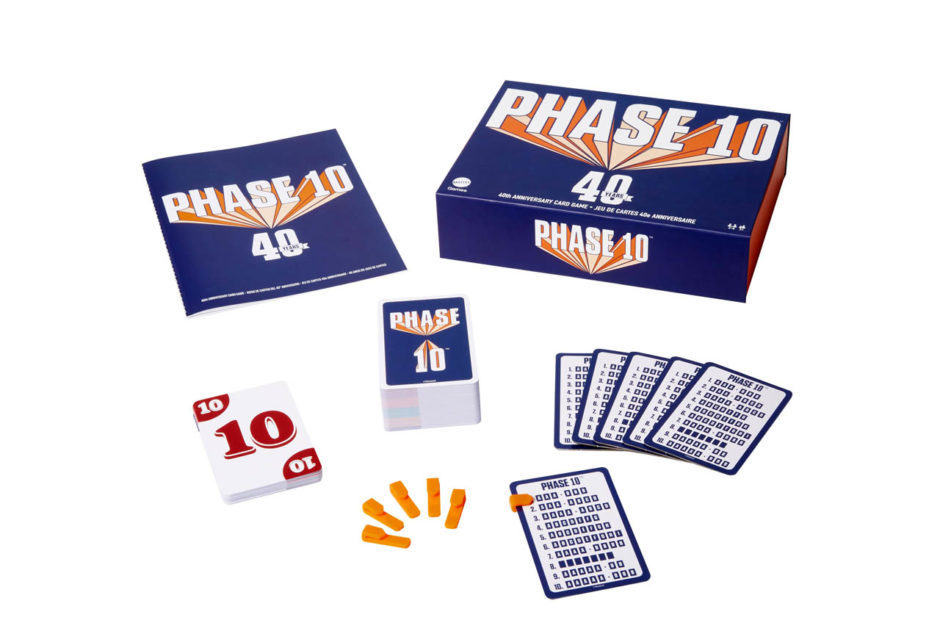 Mattel has announced that the Phase 10 40th Anniversary Edition has arrived, celebrating the history of the game.

Phase 10 was created in 1982 by game inventor Ken Johnson in Detroit, Michigan when he was just 22 years old – 40 years later, the game has been translated into 20+ languages, sold in 30+ countries and has become the 2nd best-selling card game in the world, with over 2 million decks sold globally each year.

“I’m excited to partner with Mattel to celebrate the 40th anniversary of Phase 10,” said Ken Johnson, creator of Phase 10. “Since inventing the game in 1982, it’s brought me so much joy to see how this game has become a multi-generational family tradition over the years, transcending languages and cultures to bring people together all over the world.” 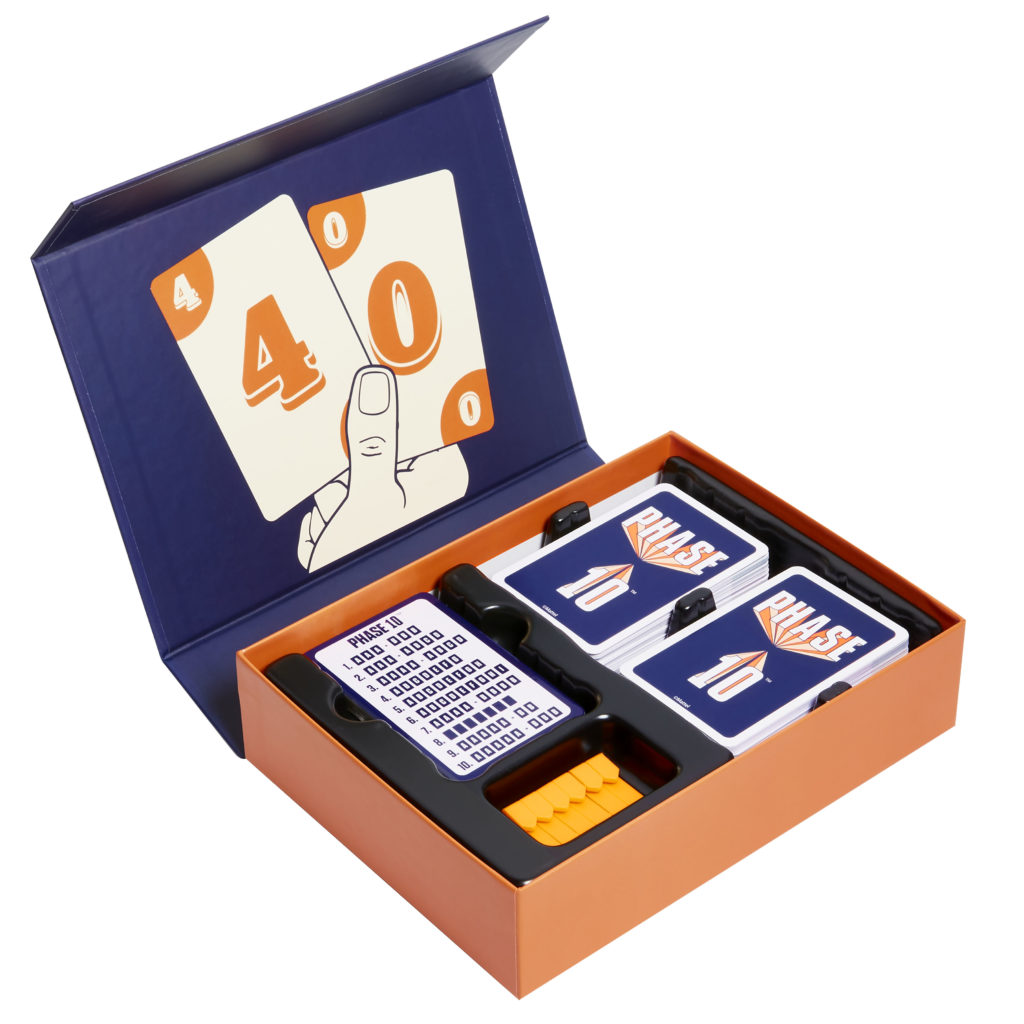 The Phase 10 card game is a rummy-type game with a twist, from the makers of UNO. The 40th Anniversary Edition includes a specially-designed keepsake box and cards, as well as a letter from the game’s creator, Kenneth R. Johnson.

The object of the Phase 10™ game Is to be the first player to complete 10 varied Phases like two sets of three, one run of seven, or seven cards with the same color. The twist is that each Phase must be completed in order – players can’t advance to Phase 2 until they’ve completed Phase 1.