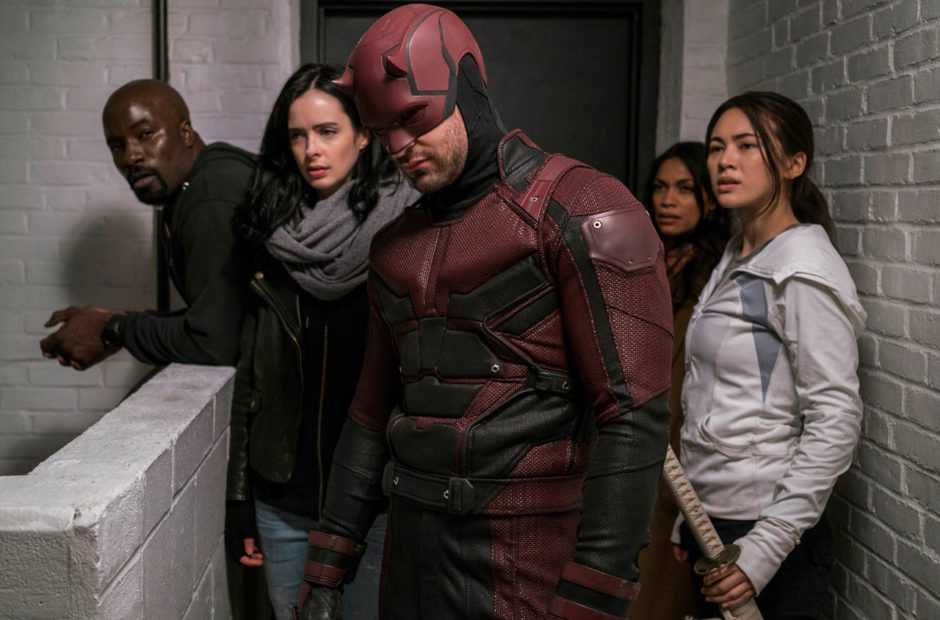 Netflix is about to lose some of its highest profile series as the rights to all of the Marvel shows are about to revert to Disney.

It has been confirmed that all seasons of Daredevil, Jessica Jones, Luke Cage, Iron Fist, The Punisher, and The Defenders will be leaving Netflix as of March 1.

Where the series will appear following that day is unknown at this time. Speculation seems to be running towards the episodes moving to Hulu instead of Disney Plus due to their intense nature. Neither service has been confirmed as a potential home at this time.

This is interesting timing for a number of reasons. With Charlie Cox having appeared in Spider-Man: No Way Home as Matt Murdock, and Vincent D’Onofrio appearing in the Hawkeye series as Kingpin, the Daredevil series had rocketed back into the top 10 most watched series on Netflix. There is definite interest in the properties once again.

Additionally, Disney announced in its most recent quarterly report that it would be sacrificing up to $200M in licensing revenue by ending various deals and bringing all of its content back under its own umbrella. This has been a powder keg waiting to go off between streaming services for some time now, and we’re just seeing the beginning. NBC has announced that it will begin delaying its shows from appearing on Hulu in favor of Peacock being the only home for next-day airings of its shows such as Saturday Night Live.

With all of the Defenders-related series back with Disney now, and the walls officially broken down between them and the greater MCU, one has to wonder what Disney will do with these characters. Will we see more integration? New seasons? We’ll just have to wait and see what they have in store for the Heroes of Hell’s Kitchen.