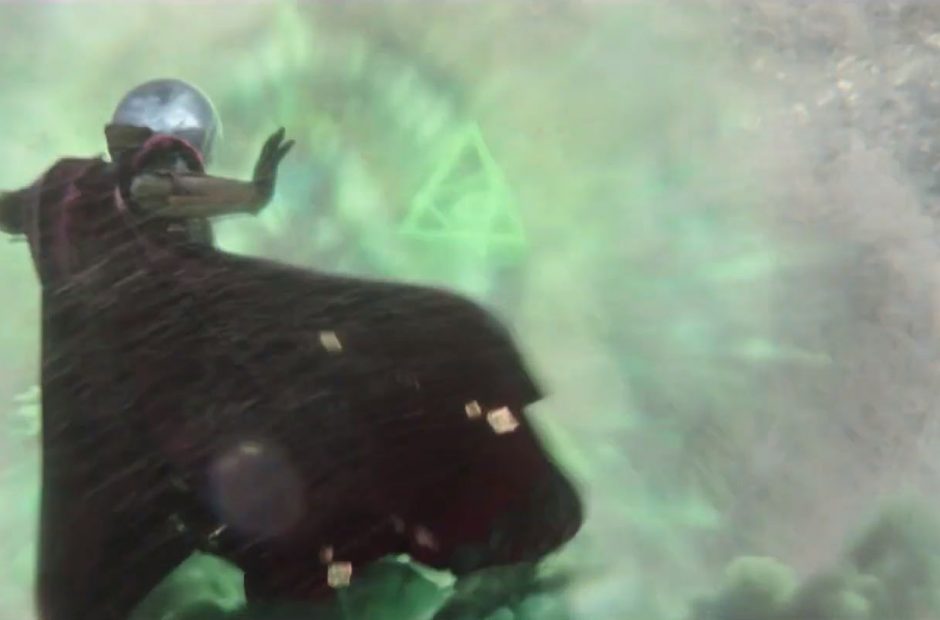 The first Spider-Man: Far From Home trailer has finally dropped and while it all but confirms what we’re thinking will happen in Avengers: Endgame, it provides a few questions of its own. The trailer shows Peter growing into his own as Spidey, and even Aunt May “What the Fu–” Parker accepting her nephew’s heroic responsibility. He’s still a kid, though, and it’s time to take a class trip. Things go wrong, Nick Fury pops up, things start exploding. And then we meet Mysterio and Hydro-Man. But isn’t Mysterio a villain? We don’t think Marvel is rewriting Mysterio into a hero – we think he’s up to something. If you’re not up on your Spidey villains, prepare for spoilers.

Some heroes run toward danger because they feel an obligation to help. Others do it because they like the attention. Some people like attention but have no ideas how to be heroes. In DC Comics, the Reverse Flash wants to become the Flash himself, and he starts causing catastrophes so that he can rescue people from them. In Venom, Eddie Brock talks about stealing toys from kids so that he could be the one to find and return them.

Here, we see Mysterio fighting Hydro-Man, telling Spider-Man that he should stay out of it and let Mysterio take care of it. Seems like a hero, right?

In the Spider-Man comics, Mysterio definitely is a villain. Over the years he’s tried to frame Spider-Man, tormented Aunt May, faked the deaths of himself and others, and more. His trickery even led directly to the death of Daredevil character Karen Page in the comics. Mysterio’s true identity is Quentin Beck. He’s a special effects master, stuntman, and failed actor. He’s skilled in robotics, chemistry, and stunt combat. He uses this skillset to set up illusions and tricks often meant to get revenge on Spider-Man or often in the service of the Sinister Six.

So what’s going on? We think Hydro-Man is one of Mysterio’s special effects. In other words, it’s Munchausen By Proxy Syndrome. Mysterio is creating the monster and then fighting it off so that he can look the part of the hero and get the fame and attention he always wanted as an actor. However, Spider-Man’s sense of responsibility pushes him to run toward danger and won’t let him leave something like a giant water monster up to someone else when he could help fix it. By pure accident, Spider-Man unveils Mysterio’s plot, outing him as the racketeer he is rather than the hero he wants to look like. That ultimately set’s Mysterio’s sights on Spidey, the guy who unmasked him and ruined his life.

Seeing Mysterio up on screen is super cool, especially because he doesn’t look like a big dork like he does in the comics. Take this all with a big grain of salt, but this seems like a great potential path for the character, and we’re willing to bet Hydro-Man is nothing more than a trick.