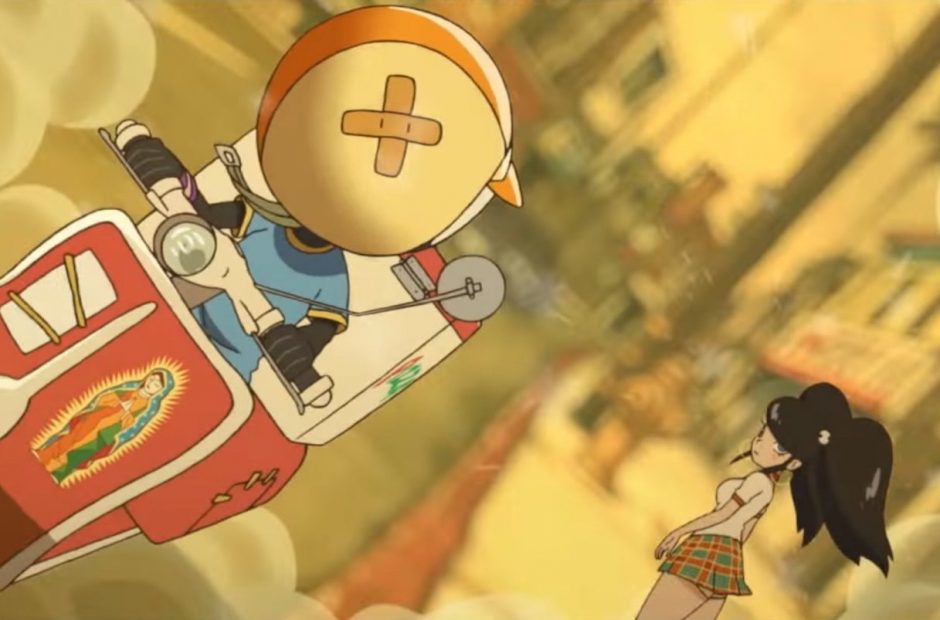 Whether you’re a fan of Western or Japanese animation, I wouldn’t hold it against you if you said one style or the other looks all alike. But once in a while, something comes along that looks like the best parts of both. If you dig animation of any kind, check out MFKZ. Read it aloud, it’s pronounced just how you think it is.

MFKZ is based on the work of French comic artist Guillaume “Run” Renard and animated by Studio4°C, the studio behind projects like Batman: Gotham Knight and Tekkonkinkreet. If you live outside the States, you may even have seen it – it was released internationally last year under a slightly more explicit title.

The film takes place in a sort of amplified Los Angeles called Dark Meat City and centers around a character named Angelino who experiences hallucinations and some limited superpowers following an accident. Distributor GKIDS describes it as a film that “mixes anime, film noir, lucha libre, and gang culture in an orgy of first-person shooter mayhem” set in an “LA-inspired dystopian metropolis.” This trailer shows a chaotic and colorful world filled with unique characters not tied to the constraints of reality. It’s fluid, fast, and bright. It immediately reminds of movies like Redline that embrace some of the best parts of anime while leaving off the tropes and other stuff.

MFKZ is getting a limited theatrical release next month on October 11 and 16 before heading to select theaters starting October 12. It’s not going to be all over, but if it’s in your area, it looks like it’ll be a blast.