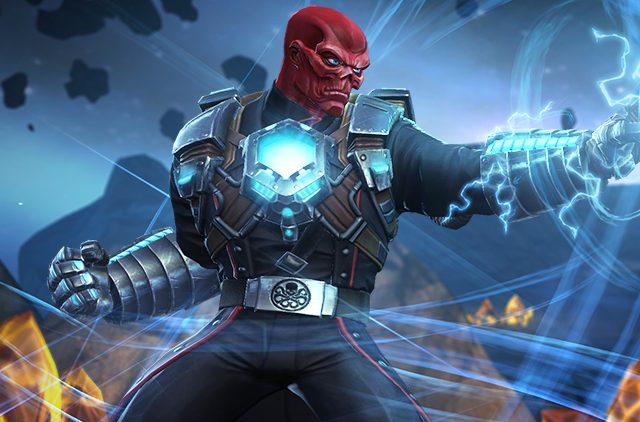 Marvel Contest of Champions is celebrating the tenth anniversary of the Marvel Cinematic Universe this month with some special events. That also means new characters, and the first one is arriving right now.

Joining the Contest is the Red Skull. He’s a character that traditionally has not been known for his physical fighting – like that has stopped the likes of Howard the Duck or M.O.D.O.K. from entering the game – so Kabam is going to have to work to make us believe the Skull is cut out for  this.

Will the Red Skull make a good addition to the Tech class? Lets take a look at his stats.

I’ve only fought against him so far in this month’s storyline on the Hard map, and he just didn’t fill me with dread. Of course, the hands of a skilled player can make all the difference. So we’ll just have to wait and see as the Red Skull makes his way into the hands of players. 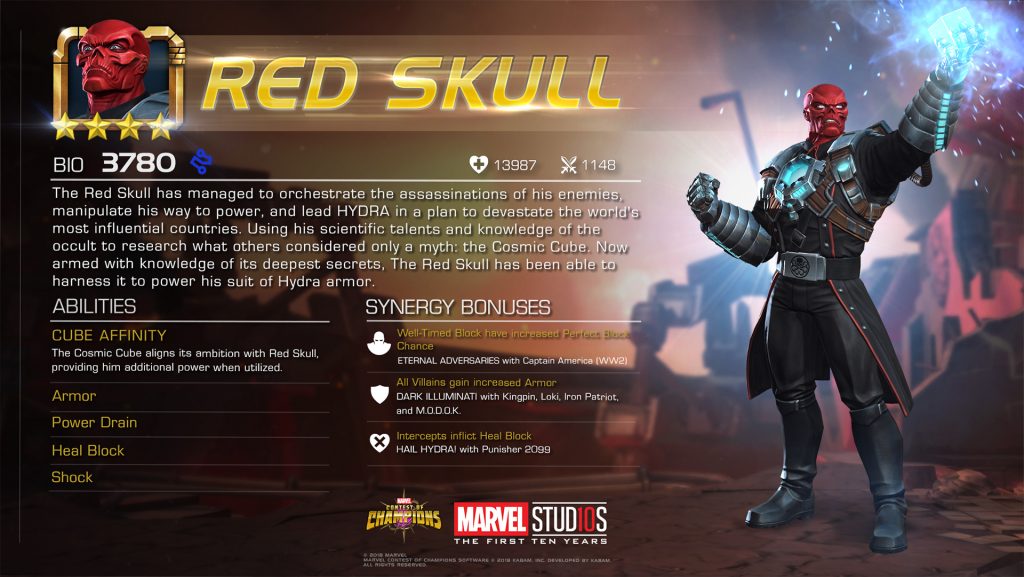