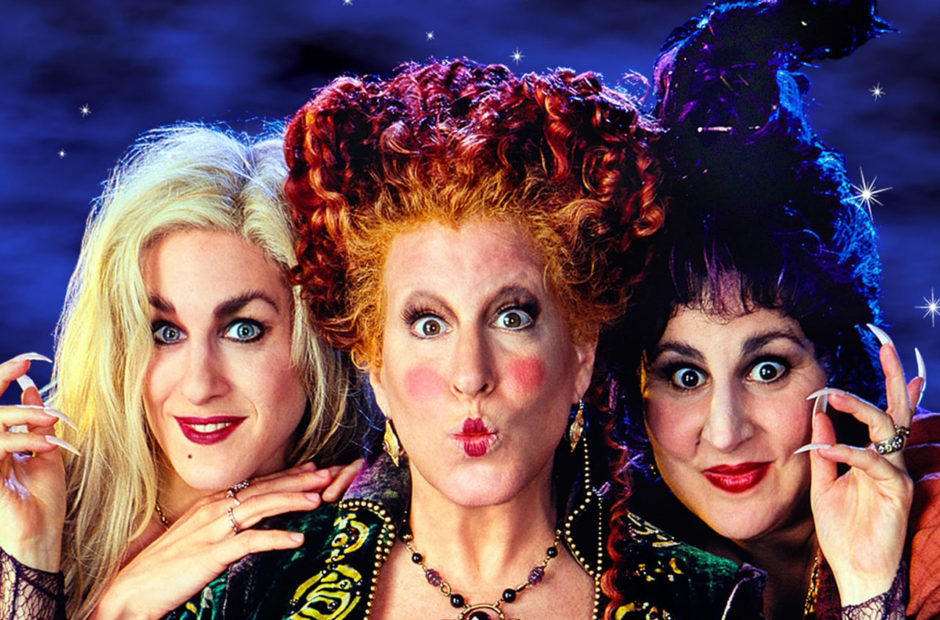 Hocus Pocus will be a Disney Plus launch day title, but it may eventually be joined by a sequel.

Disney Plus has hired Jen D’Angelo (Workaholics) to pen a script to the 1993 family favorite, Hocus Pocus. As part of the project, D’Angelo is supposed to find a way to bring back the original trio of witches – Bette Midler as Winifred, Sarah Jessica Parker as Sarah, and Kathy Najimy as Mary – but it is unknown in what capacity. They could be anything from the main characters to just passing the torch to a new generation.

The project is very early in the development stages, so there is no timeline as of right now for production or a release. With a script only recently being commissioned, one would suspect that this may be a target for fall 2021 at the earliest.

Released in July 1993, the film was not a success and grossed only $39.5M off of a $28M budget. It went on to become a Halloween staple thanks to multiple airings on cable during Halloween season, and is airing nearly every day this month during Freeform’s Halloween programming.

Disney Plus will be launching on Nov. 12 and is slated to feature a mix of classic Disney movies and television series as well as original programming.