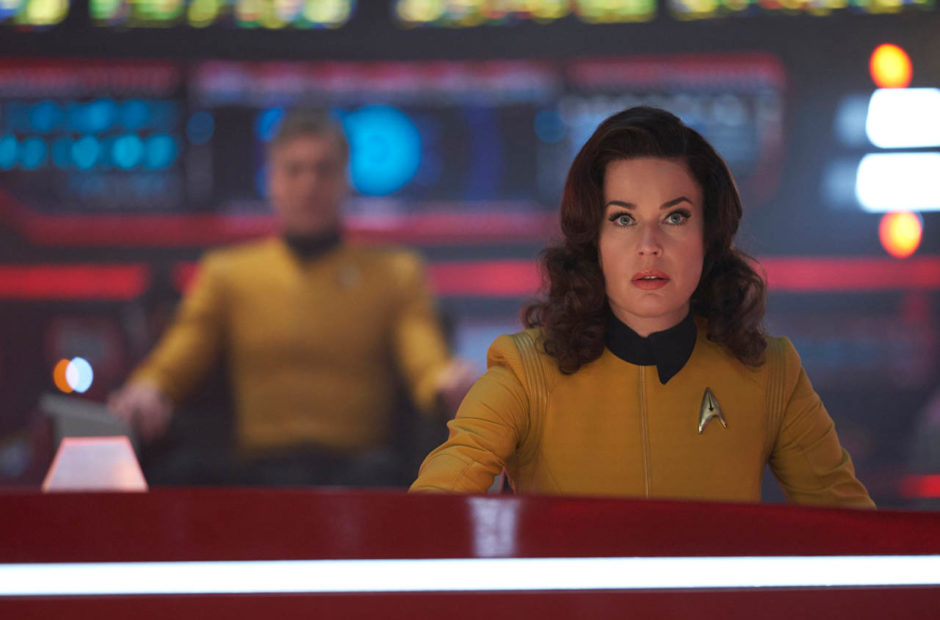 After a lot of chatter from fans and anticipation, CBS All Access has announced that Star Trek: Strange New Worlds is on the way.

Ever since Spock (Ethan Peck), Capt. Pike (Anson Mount), and Number One (Rebecca Romijn) made their debut on Star Trek Discovery, fans have been asking for them to get their own series. At long last, CBS All Access says they’ve heard the requests, and the series is happening. The new series will be called Star Trek: Strange New Worlds.

The name is taken from Capt. Kirk’s (William Shatner) original monologue from the original series in the 1960s.

“This is a dream come true, literally,” Picard finale director Goldsman in a statement. “I have imagined myself on the bridge of the Enterprise since the early 1970s. I’m honored to be a part of this continuing journey along with Alex, Henry and the fine folks at CBS.”

“Fans fell in love with Anson Mount, Rebecca Romijn and Ethan Peck’s portrayals of these iconic characters when they were first introduced on Star Trek Discovery last season,” EVP and CBS All Access’ Head of Programming Julie McNamara said Friday. “This new series will be a perfect complement to the franchise, bringing a whole new perspective and series of adventures to Star Trek,” the exec added.

“When we said we heard the fans’ outpouring of love for Pike, Number One and Spock when they boarded Star Trek: Discovery last season, we meant it,” asserts Alex Kurtzman. “These iconic characters have a deep history in Star Trek canon, yet so much of their stories have yet to be told, the EP noted. “With Akiva and Henry at the helm, the Enterprise, its crew and its fans are in for an extraordinary journey to new frontiers in the Star Trek universe.”

The series, which will be set shortly after the end of Discovery season 2, has no premiere date as of yet.