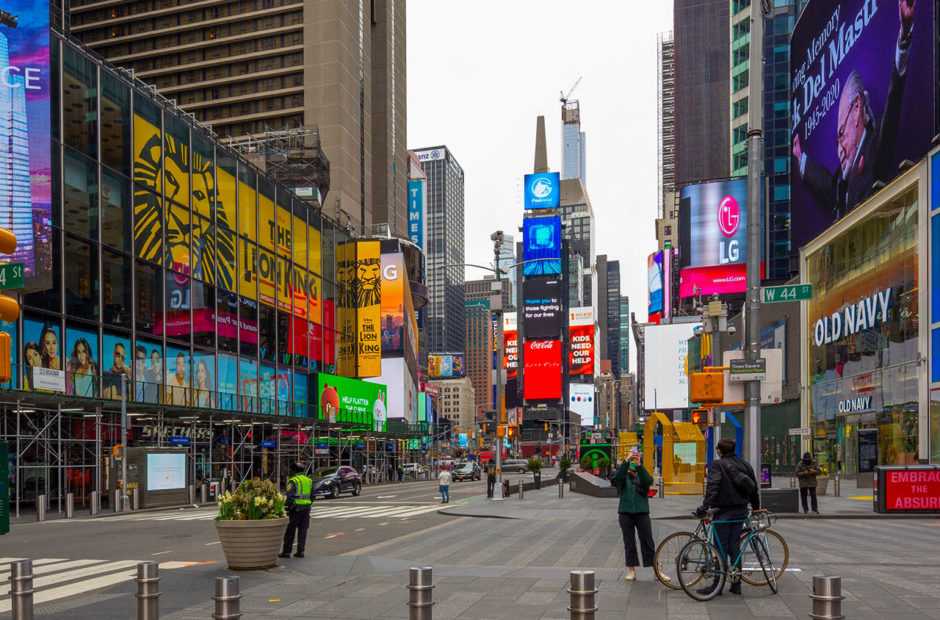 As the coronavirus pandemic marches on, unprecedented decisions are having to be made throughout the entertainment world. The latest comes from the Broadway League which has seen the theaters further extend their closures.

On March 12, all Broadway theaters were closed as the coronavirus pandemic continued to spread throughout the United States. At that time the closure was announced to last through April 12, but then it was further extended to June 7.

On Tuesday, the Broadway League announced that the closures will now extend to Sept. 6 at a minimum. As that is Labor Day itself, it effectively makes the actual opening date being Wednesday, Sept. 8.

“While all Broadway shows would love to resume performances as soon as possible, we need to ensure the health and well-being of everyone who comes to the theater — behind the curtain and in front of it — before shows can return,” Broadway League president Charlotte St. Martin said in a statement. “The Broadway League’s membership is working in cooperation with the theatrical unions, government officials and health experts to determine the safest ways to restart our industry. Throughout this challenging time, we have been in close communication with Gov. [Andrew] Cuomo’s office and are grateful for his support and leadership as we work together to bring back this vital part of New York City’s economy — and spirit.”

This latest extension has effectively killed a few shows and delayed others. The Matthew Broderick and Sarah Jessica Parker revival of Plaza Suite has been delayed a full year. Meanwhile, a revival of Edward Albee’s Who’s Afraid of Virginia Woolf? was in previews and won’t be returning.

While Sept. 6 remains the target date, a further extension is definitely not off the table yet. A re-opening before 2021 seems fairly unlikely now.