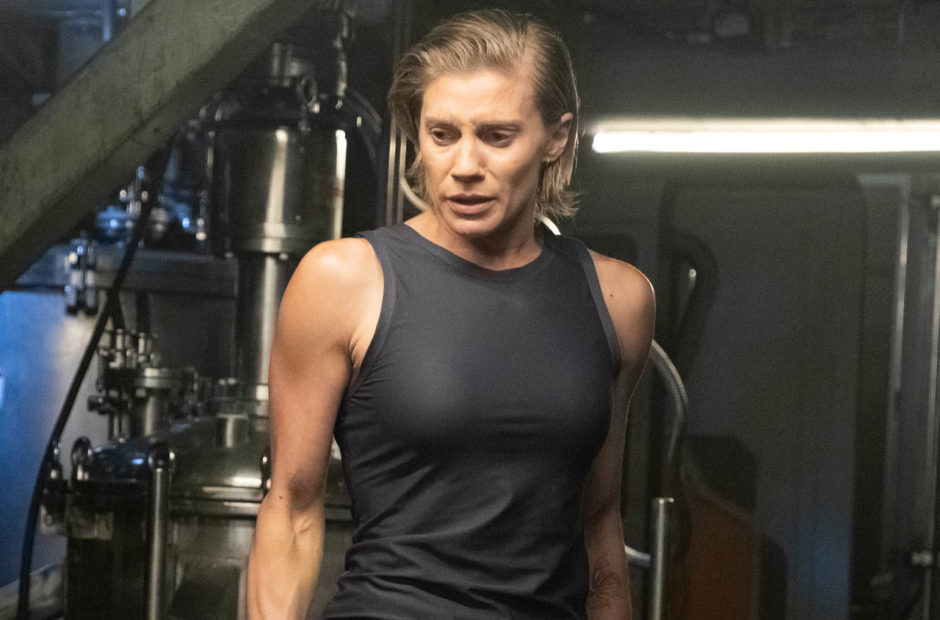 It seems that Katee Sackhoff may finally be making her live-action Star Wars debut in The Mandalorian season 2.

Best known for her roles as Kara “Starbuck” Thrace in Battlestar Galactica and Victoria “Vic” Moretti in Longmire, it seems Sackhoff is finally going to appear on screen in a galaxy far, far away.

Sackhoff has been playing a Mandalorian warrior named Bo-Katan Kryze since season 4 of The Clone Wars. The character – a member of the infamous Death Watch that appeared in season 1 of The Mandalorian – at one time possessed the Dark Saber. It was given to her by Sabine Wren in the Rebels animated series in the hopes that Bo-Katan could unite the Mandalorian tribes. That was the last time it was seen until Moff Gideon used in the closing seconds of the first season of The Mandalorian.

It is unknown just how much Sackhoff will appear in The Mandalorian, and it may actually only be in flashbacks. It is unknown how Gideon acquired the Dark Saber, but we know he was involved in the “purge of Mandalore” and the “night of a thousand tears,” two events we don’t know much about yet. They also sound like good places to pick up a black lightsaber.

Neither Lucasfilm or Sackhoff’s representatives will comment on the story according to SlashFilm.

The Mandalorian season 2 is due to his Disney Plus in Fall 2020.