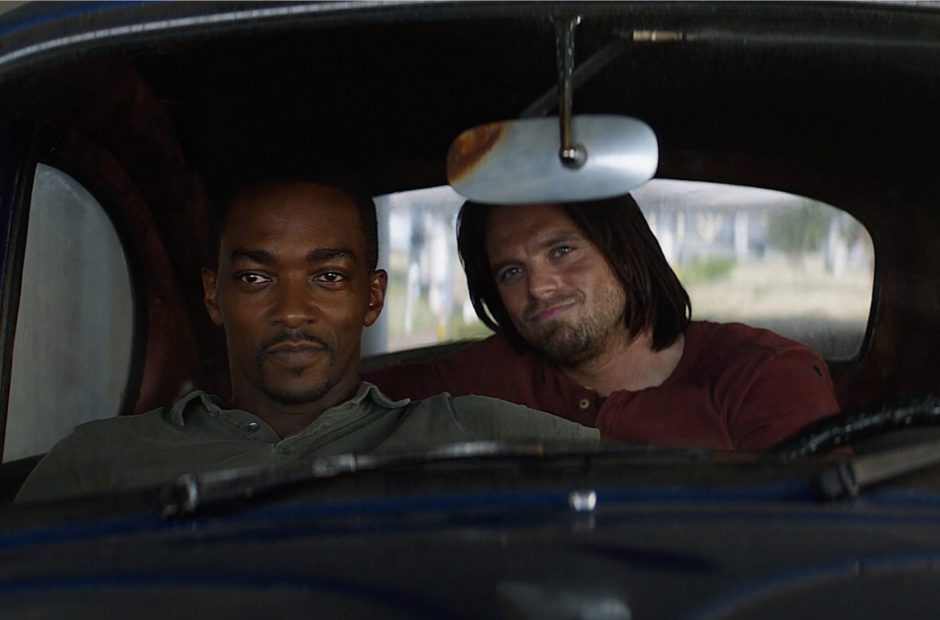 Who knew a scene in a VW Bug about moving a seat could lead to a whole TV project?

According to sources speaking with /Film, Disney is working on a third live-action Marvel series for its upcoming streaming service. The new series would focus on Sebastian Stan’s Winter Soldier and Anthony Mackie’s Falcon, but no other information is known yet.

Stan and Mackie have said in numerous interviews they would like to do a project together, and when it was being discussed as a film, Stan even knew the tact he wanted to take. “To me, it’s like Martin Brest film classic, Midnight Run, you know. It’s really just sort of in my head, like, 48 Hours or a buddy comedy from the ’80s or the ’90s. That’s how I see it.”

This is the third series said to be in development with another set to focus on Scarlet Witch (Elizabeth Olson) and the other to feature Loki (Tom Hiddleston).

It is clear that Disney is not messing around with this streaming service. With Star Wars The Mandalorian already in production, it’s sounding more and more by the day that this is going to be a must-have subscription for everyone.