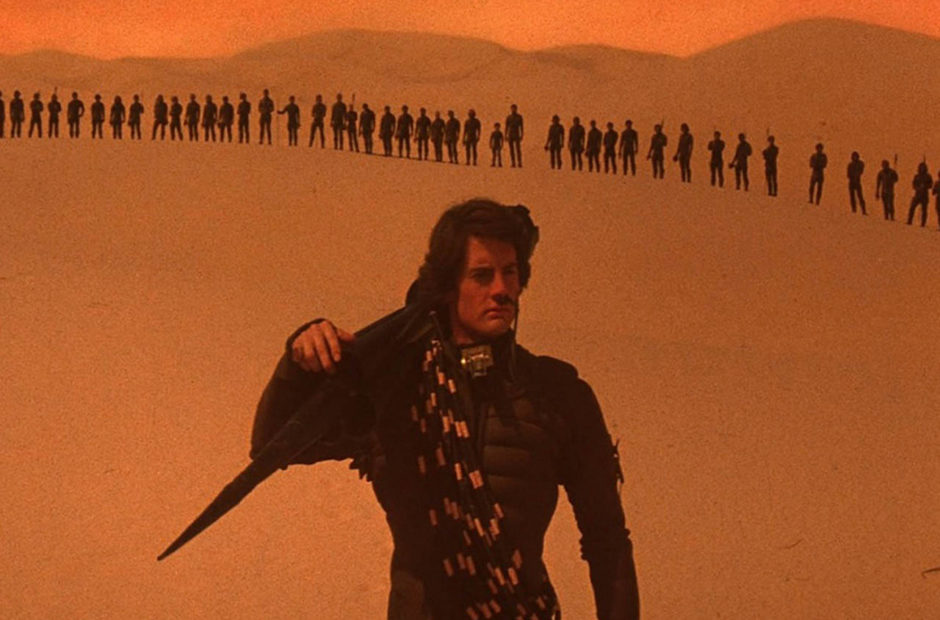 A special appearance this week by Eric Frederiksen writing our review of Dune. 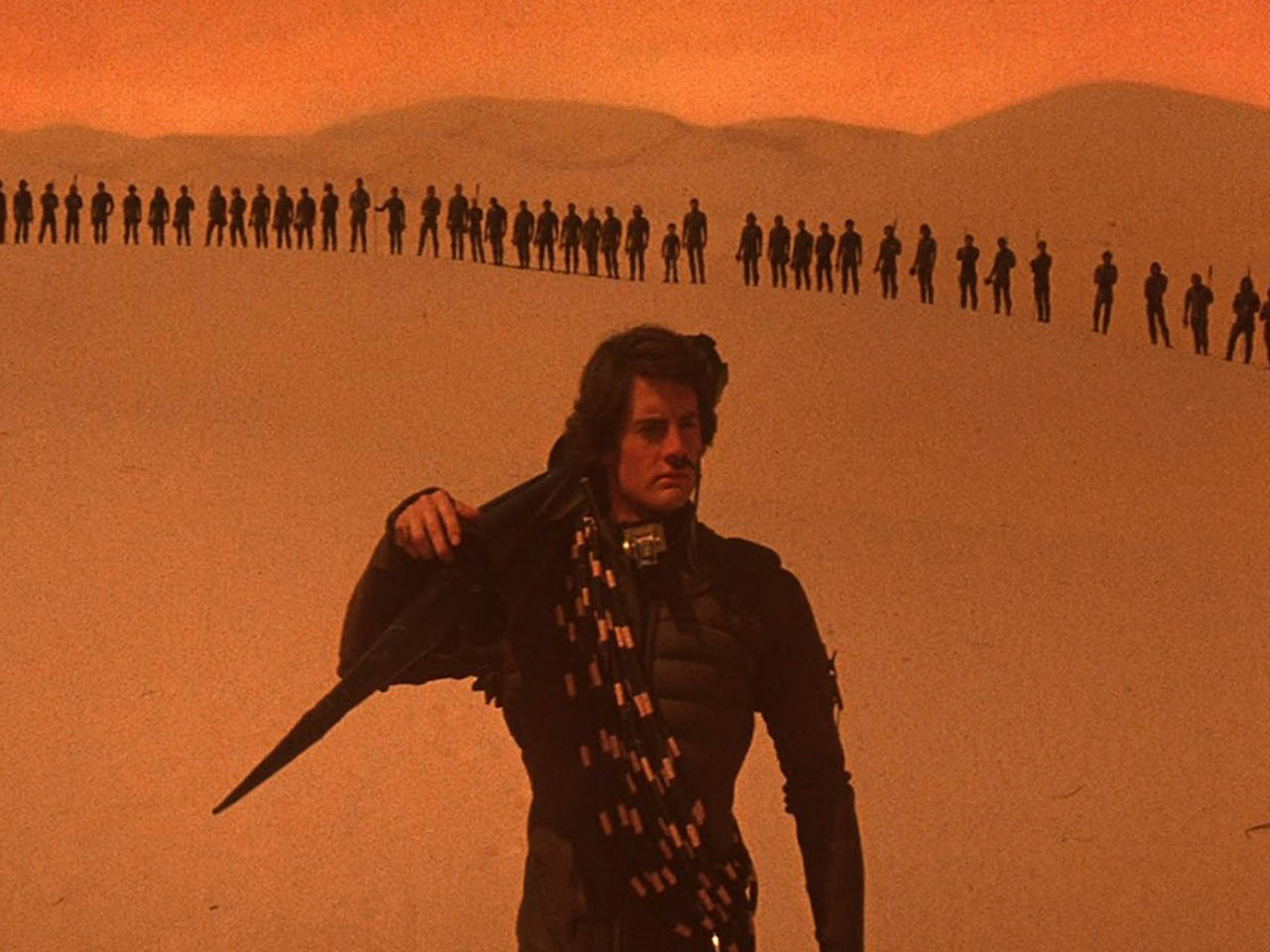 At its core, Dune is about the oil conflict in the Middle East and the clash of western interests and Middle Eastern religion that come from that. It sounds like an easy story to tell, right? But Frank Herbert’s story layered on ideas about the future of machines and computers, the possibilities of human evolution in a far-flung sci-fi story. The result is a story that many fans claim is unfilmable.

Depending on your perspective, David Lynch’s Dune is either a visionary take on a legendary sci-fi story or proof that Dune is indeed unfilmable. After an ambitious but aborted attempt by Alejandro Jodorowsky to turn the film into a psychedelic Christian story, the tale ended up in the hands of another filmmaker known for weird, visually-stunning movies.

Lynch’s take is definitely weird and definitively Lynch. It tries to capture the tone of the books more than the exact story, and certain things are left out or changed. The “weirding” martial art is turned into a sci-fi shouting gun, for example. The Mentats have absurd eyebrows, and Lynch’s unique scene lighting is everywhere. But with all that weirdness came iconic set design that stands up 35 years later and a cast that is every bit as legendary as the one being assembled for the upcoming Denis Villenueve-directed take on the story; Kyle MacLachlan, Patrick Stewart, Sting, Sean Young and Max Von Sydow are accompanied by Lynch stalwarts like Everett McGill and Jack Nance.

Dune is a flawed movie, to be sure. It’s long and has serious lulls. That’s tough to avoid when your source material spends half its time in characters’ heads. But Lynch managed to give some true vision to a deservedly legendary sci-fi story, and the result is a film that I still enjoy watching even today. 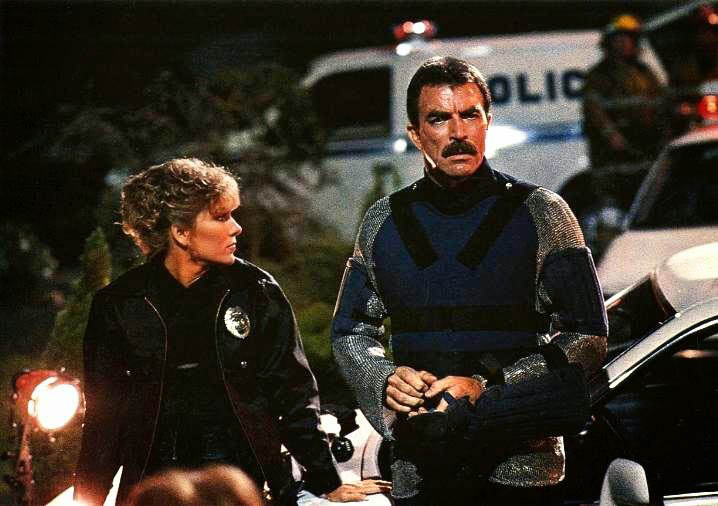 Runaway is one of those films that really shouldn’t work but somehow its earnest attempts at trying to be good somehow make it charming.

Written and directed by Michael Crichton – yes, the man behind the original Jurassic Park novel – we’re sometime in the near future and suddenly everyone has robots. And I mean, everyone. As a matter of fact, there are so many of them that the Los Angeles Police Department has added a Runaway division which is tasked with stopping robots that have gone off programming.

Sgt. Jack R. Ramsay (Tom Selleck) gets entangled in a mystery where robots are now killing. Eventually, he and his partner Karen Thompson (Cynthia Rhodes) end up in a game of cat and mouse with Dr. Charles Luther (Gene Simmons), the man behind the chip that is making robots kill.

In total, it’s a pretty straightforward cops and robbers movie with a dash of sci-fi on top until… the psychic shows up?

Ramsay is trying to investigate, and when it’s not going fast enough he is ordered to consult the police psychic. She holds on to a special bullet Luther uses and gives Ramsay a reading, which he is annoyed with. It is truly one of the most random things I can remember happening in a movie. There is no build-up to it, and it’s never mentioned again. Essentially if you believe in the robots, Crichton thought you would be okay with ‘random psychic’ as well.

It’s not a classic by any means, but it can be a fun popcorn watch. 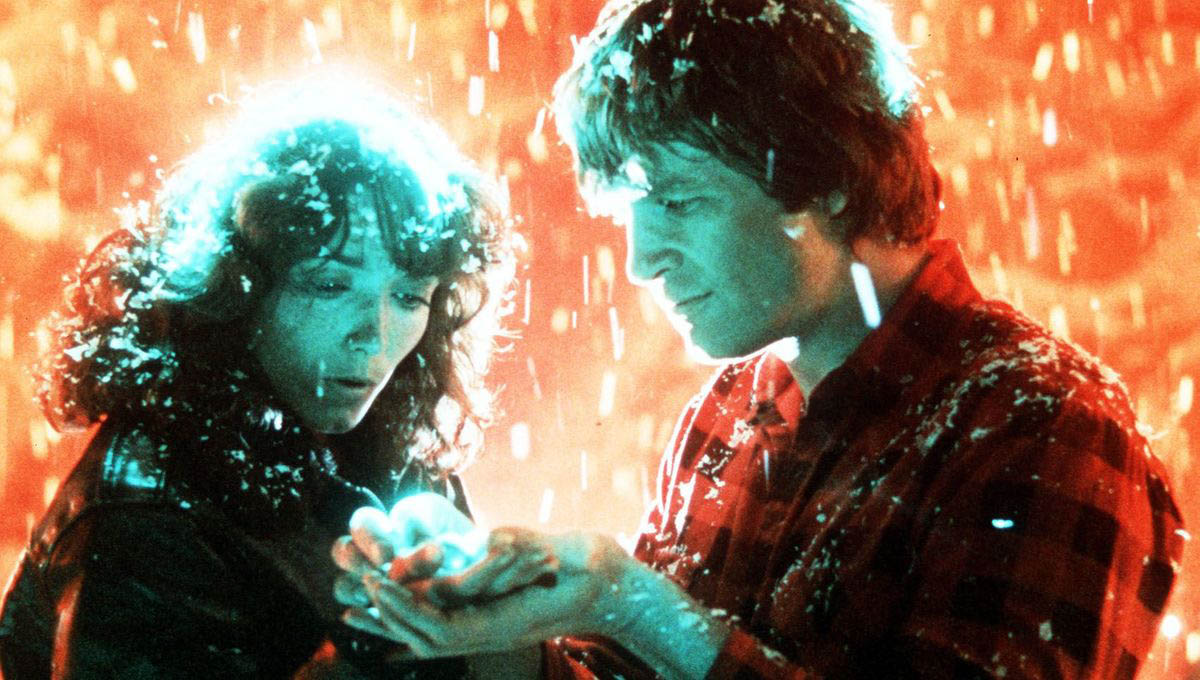 This is one of those movies that seem perplexed when you ask them if they’ve seen it. They’ve heard of it, maybe just in passing, but they have some vague familiarity with the name but probably have never seen it.

I saw it in the theater and absolutely loved it.

At its core, Starman is your average “I fell in love with a stranger” style story. Scott/Starman (Jeff Bridges) really could have been from anywhere were it not for his extra abilities. In this case, he just happens to be that he is from another planter that encountered the U.S. space probe Voyager II. (which makes… no sense when you do the math of space travel, but you live with it)

But this is a film where you just don’t care. Bridges turns in one of his best performances in my opinion. His physicality, line delivery, and emotion is just superb. And he’s equally matched by Karen Allen (Raiders of the Lost Ark) as Jenny Hayden.

Starman is a sweet, timeless love story that holds up remarkably well 35 years later. And it’s so off his usual path, your mind may bend a little when you realize John Carpenter directed it.

1984 Movie Reviews will return on Dec. 21 with Johnny Dangerously… and an announcement!