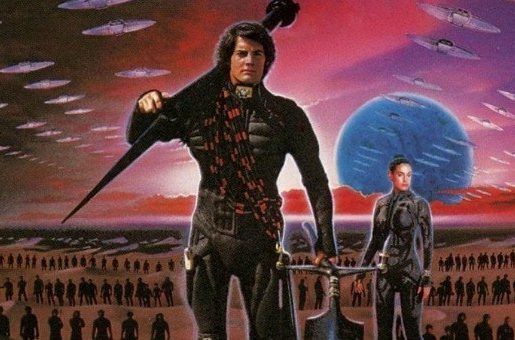 What if we could get Aquaman, Drax, Thanos, Poe Dameron and the kid from Call Me By Your Name to team up? Okay, that would be a weird, weird superhero team. But it’s also just part of a ridiculously star-studded cast for Denis Villenueve’s Dune adaptation. In fact, the cast is so over-the-top that I’m starting to get suspicious.

The latest addition to the cast: Jason Momoa as the Atreides family’s swordmaster and guard Duncan Idaho. Before we get any deeper, let’s go through who else is on the cast. In addition to Momoa, the movie will feature Timothee Chalamet, Josh Brolin, Oscar Isaac, Dave Bautista, Javier Bardem, Charlotte Rampling, Rebecca Ferguson, Zendaya, and Stellan Skarsgard. That whole cast is stacked with Academy Award and Golden Globe nominations, and countless other accolades. On top of that, Momoa, Brolin, Isaac, and Bautista all play major characters in movies like Avengers: Endgame, Aquaman, Star Wars: The Last Jedi, and Guardians of the Galaxy.

That’s an almost unprecedented amount of star power and charisma in one place. Behind the camera, Denis Villenueve (Arrival, Sicario) is directing the screenplay, adapted by Eric Roth and Jon Spaihts, who each have their own list of credits.

This sounds so good that it’s hard to believe it’s actually happening. Like, I actually don’t believe that it’ll happen like this.

Dune is a weird property in sci-fi. Every nerd knows it, and most of us have read it. It’s remained a major sci-fi classic since its release in 1965. It’s also been notoriously tough to adapt, with the first attempt by Alejandro Jodorowsky being infamous enough to earn its own documentary, and David Lynch’s Dune being one of the most divisive science fiction films out there thanks to its visionary look and huge departures from Frank Herbert’s original story.

Despite never fading from the public eye, it’s not a property that studios are champing at the bit to score, making this feel like a passion project for Villenueve more than anything. But when you cast the biggest names in Hollywood, that passion project suddenly becomes expensive. And Dune was already going to be expensive.

Dune is still in casting and hasn’t entered production yet. This cast could be the movie’s best chance at mainstream success with people going in to see, as mentioned, Aquaman, Drax, Poe Dameron, and Thanos all in the same movie together. But with most of these actors being in high demand, they’re going to be busy. It feels like any delay could derail the movie.

It sounds like I’m really doom-and-gloom with this movie, but it’s actual excitement – and fear that the casting news coming out is too good to be true, because this picture has everything going for it.

Villenueve has proven a master of capturing stark landscapes with Sicario, Blade Runner 2049, and Arrival. Javier Bardem has an otherworldly presence seen in movies like No Country for Old Men perfect for Fremen leader Stilgar. Dave Bautista and Stellan Skarsgard as Harkonnen men is too good to pass up. Momoa has charisma to spare, and Duncan Idaho is one of the best-loved characters in the entire series. All of this – all of it – sounds awesome.

Dune is set in the distant future, more than 8,000 years out from where we are. The Atreides noble family accepts control of the planet of Arrakis, the source of “spice,” a highly prized substance that makes long-distance space travel possible among countless other uses. A betrayal within protagonist Paul Atreides’ family pushes he and his mother into hiding with the native Fremen, with whom Paul finds a home, develops mystical abilities resulting from hundreds of years of controlled breeding, and eventually seeds rebellion against the Harkonnen family.

Dune doesn’t yet have a release date, but it’s a day we’re looking forward to eagerly.