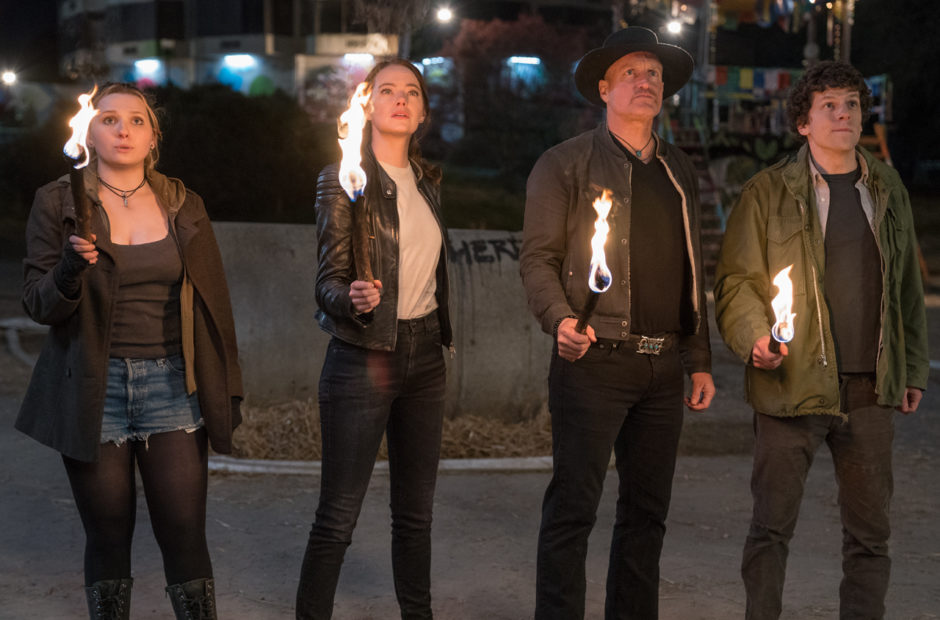 After years of promises and rumors, we’re finally getting a sequel to Zombieland. And we wonder if we’ll finally learn: How is there still power everywhere?

Zombieland: Double Tap arrives ten years after the first film, and amazingly all four original leads are back. This is an impressive move considering the number of Academy Award nominations the four of them have racked up.

There were plans for a Zombieland TV series at Amazon, but the show never made it past the pilot stage. That seemed to be when talk picked up of the second movie finally coming together. Getting all of the cast schedules to lineup was probably a chore, but here we are with another adventure.

Can we just say, the White House trope of apocalypse survivors has been done. Time to go somewhere else we thing, but we still love their little touches.

A decade after Zombieland became a hit film and a cult classic, the lead cast (Woody Harrelson, Jesse Eisenberg, Abigail Breslin, and Emma Stone) have reunited with director Ruben Fleischer (Venom) and the original writers Rhett Reese & Paul Wernick (Deadpool) for Zombieland 2: Double Tap. In the sequel, written by Rhett Reese & Paul Wernick and Dave Callaham, through comic mayhem that stretches from the White House and through the heartland, these four slayers must face off against the many new kinds of zombies that have evolved since the first movie, as well as some new human survivors. But most of all, they have to face the growing pains of their own snarky, makeshift family.