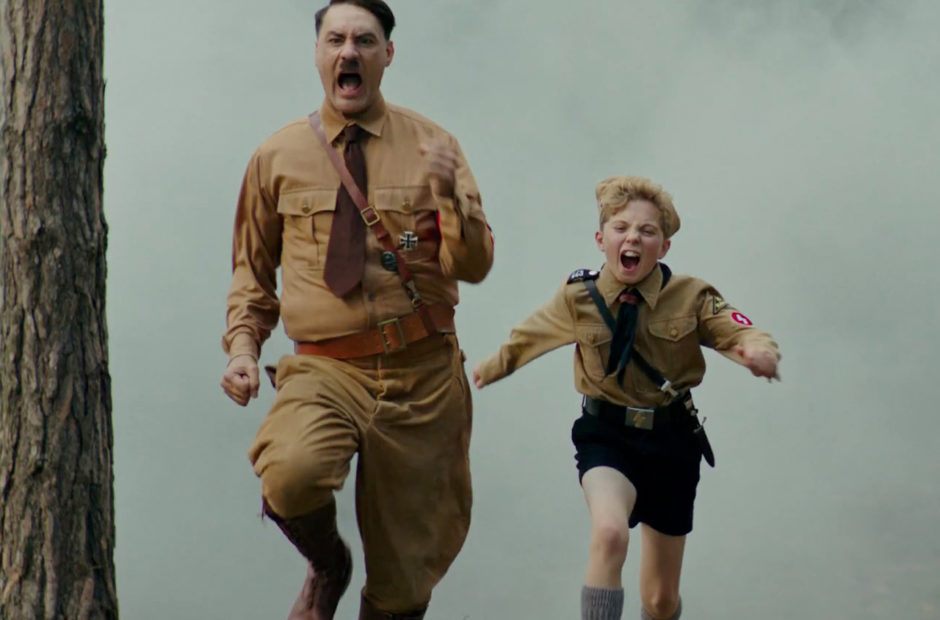 Jojo Rabbit is the next film from Taika Waititi, and it looks like it’s going to be a wild one.

Waititi was just announced for Thor: Love & Thunder, but before that film goes before the cameras he has another movie on the way. Welcome to the world of Jojo Rabbit.

Based on the novel Caging Skies by Christine Leunens, Johannes Betzler discovers his mother (Scarlett Johansson) is hiding a Jewish girl in the walls of their house while he is a member of the Hitler Youth. Now torn between his nationalism and the situation he is in, he begins having conversations with an imaginary friend that happens to be Adolf Hitler (Waititi).

We love the look of this film, but it feels very much like a Wes Anderson (The Grand Budapest Hotel, Moonrise Kingdom) film. That’s not a bad thing, but it definitely looks like it’s in the same vein of artistic style.

But we really can’t wait to see Waititi as Hitler.

Writer director Taika Waititi (THOR: RAGNAROK, HUNT FOR THE WILDERPEOPLE), brings his signature style of humor and pathos to his latest film, JOJO RABBIT, a World War II satire that follows a lonely German boy (Roman Griffin Davis as JoJo) whose world view is turned upside down when he discovers his single mother (Scarlett Johansson) is hiding a young Jewish girl (Thomasin McKenzie) in their attic. Aided only by his idiotic imaginary friend, Adolf Hitler (Taika Waititi), Jojo must confront his blind nationalism. 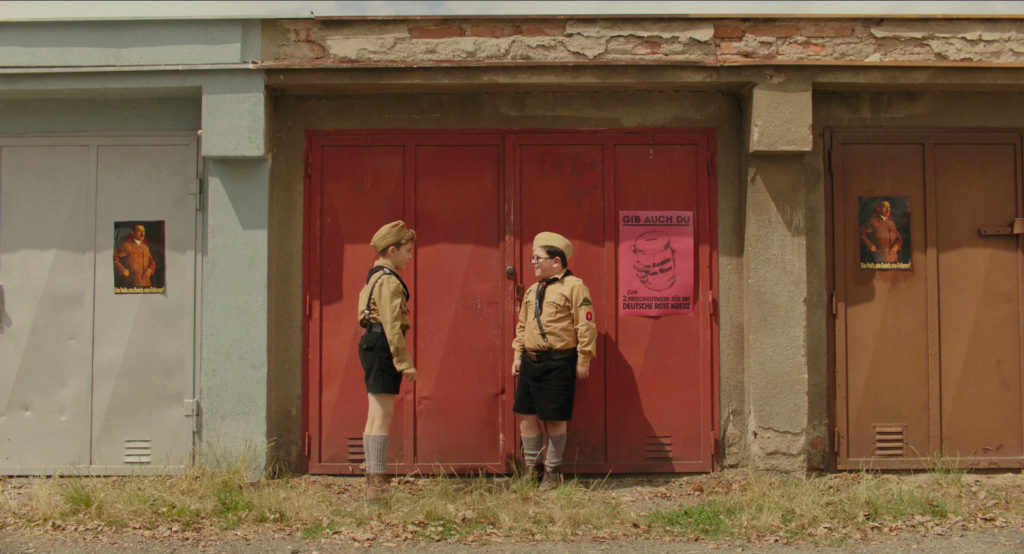