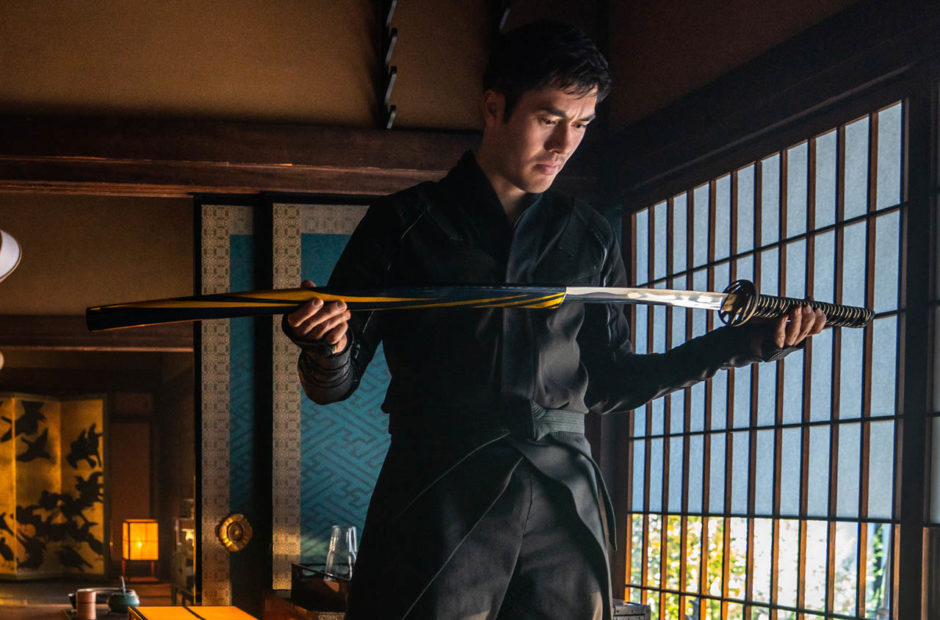 The final Snake Eyes trailer has arrived giving us a lengthy look at the latest addition to the G.I. Joe franchise.

Clearly taking a radical departure from the original comic book origins of the mysterious ninja, it looks as though Snake Eyes is some form of drifter. He’s already known by his code name as evidenced by the Baroness calling him by that name.

It’s hard to nail down this film a bit. As a longtime G.I. Joe fan, this doesn’t really feel like anything other than a generic ninja action film. While Cobra does get mentioned by name, and the logo shown, that is about the only connection this feels it has to G.I. Joe so far.

Snake Eyes: G.I. Joe Origins stars Henry Golding as Snake Eyes, a tenacious loner who is welcomed into an ancient Japanese clan called the Arashikage after saving the life of their heir apparent. Upon arrival in Japan, the Arashikage teach Snake Eyes the ways of the ninja warrior while also providing something he’s been longing for: a home. But, when secrets from his past are revealed, Snake Eyes’ honor and allegiance will be tested – even if that means losing the trust of those closest to him. Based on the iconic G.I. Joe character, Snake Eyes: G.I. Joe Origins also stars Andrew Koji as Storm Shadow, Úrsula Corberó as Baroness, Samara Weaving as Scarlett, Haruka Abe as Akiko, Tahehiro Hira as Kenta and Iko Uwais as Hard Master.