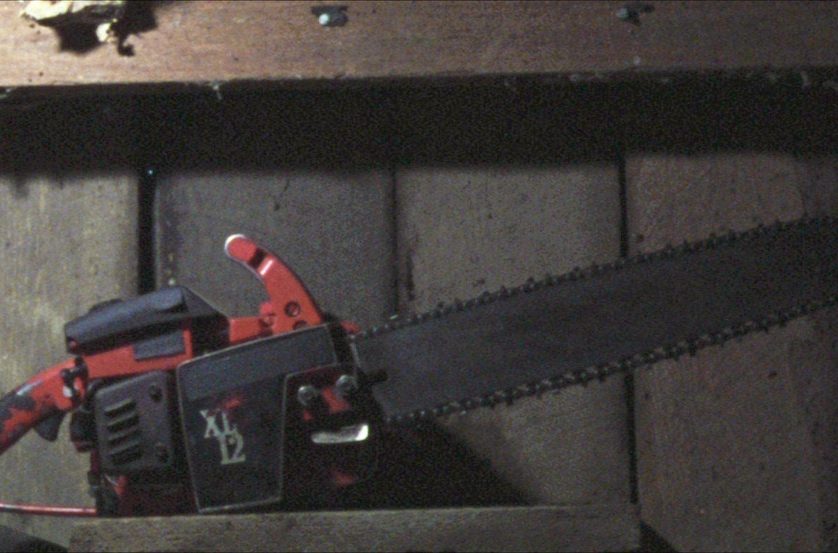 Sometimes, a new Blu-ray release is a love letter to fans, shepherded by someone who cares about the project and wants to make something fans will want to buy. Other times, some executive or middle-manager is just pulling titles off a shelf, dumping them into a grocery cart, and pushing it down the hall to the print office so that people with new media players will have cheap stuff to buy and watch. Sometimes, a release is so full of features that you can spend a whole day basking in your favorite movie without even making it to the main feature. Other times, the back of the box says “Movie + Special Feature.” That’s feature, singular. Sam Raimi’s cult classic Evil Dead is out on UHD Blu-ray, and the box is packed with Special Feature. Singular.

Let’s dive in and talk about it.

Evil Dead is the debut feature from the now-legendary Sam Raimi, director of movies like Army of Darkness, the Spider-Man trilogy, and Darkman, as well as producer of shows like Xena: Warrior Princess and Ash vs. Evil Dead. It’s the beginning of the tale of Ash Williams, the shotgun-toting, womanizing, deadite slayer. A young Ash and a few of his friends have rented a cabin for a weekend getaway, sure to be filled with alcohol and lots of making out. When the group discovers a grisly tome called the Necronomicon in the basement, though, their evening takes a turn, and soon Ashley Joanna Williams is decapitating and dismembering people he called friends just minutes earlier.

The movie is an ultra-low-budget affair that uses tons of silly, played-out horror tropes and a surprising amount of Three Stooges-style physical comedy to tell Ash’s harrowing tale.

If you spend time with movies at all, chances are you know what Evil Dead is all about, and where Ash’s tale takes him. So let’s talk about the Blu-ray itself.

Evil Dead is kind of a weird 4K release. When the movie was originally filmed, it was done so on 16mm, sporting a 1:33 ratio more at home on a tube TV than on a movie screen or a 4K display. The budget on the picture was so low that Raimi and co. call it a “no-budget” horror flick.

That means that what you’re getting here is only as crystal clear as it can possibly be considering all of that. It’s a grainy movie all the way through, and it varies in grain throughout. Some parts of the movie, like the opening credits or or shots of the daytime sky earlier in the movie are almost intolerably grainy, though it recedes to a more acceptable level later in the movie. 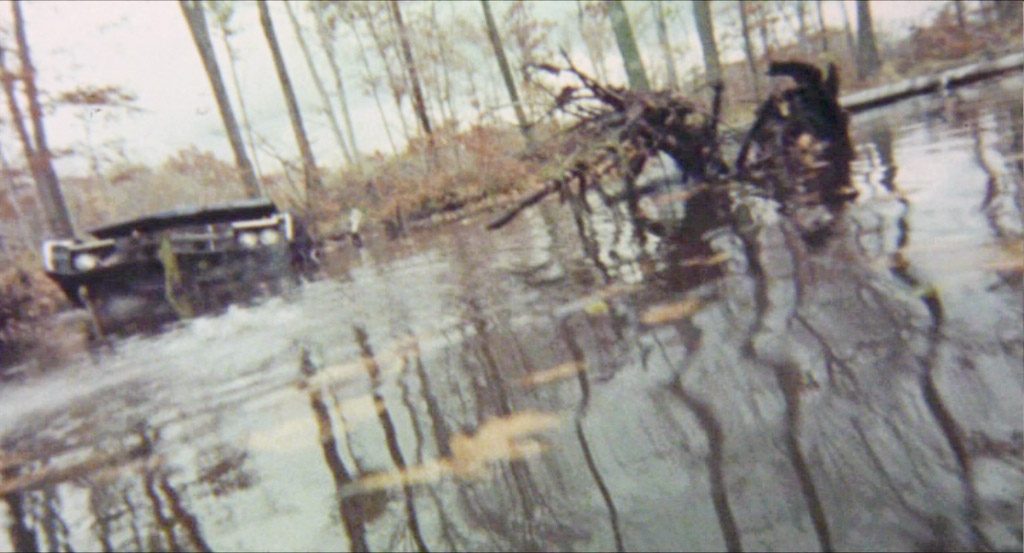 Note: The images in the gallery above were not captured from this release and are not indicative of the actual quality of the disc.

The HDR and improved resolution lead to an overall brighter picture throughout, with more vivid colors and more detail across the board.

However, the upgrade to 4K doesn’t seem to have gone entirely smoothly. A couple times throughout the movie, I noticed video artifacting. One example I was able to reproduce happens when Ash cracks open the Book of the Dead for the first time. The first page is an illustration, but the next page features some ancient text. As he turns the page, there’s an eye-searling flicker of what I’d almost call chromatic aberration, but it’s not. Checking the included 1080p Blu-ray, this artifacting is not present in that version. I noticed this a few more times throughout the movie, though it was particularly obvious here.

As with the video, the audio is mostly a matter of delivering on the basics. This isn’t a showcase Blu-ray by any means, but the audio is clean and clear.

Because Evil Dead is such a lo-fi production, the special features are really where the movie should shine. Evil Dead is a cult classic that spawned a series of movies, a three-season TV show, and dedicated fans. It turned a director into a legend. The camera techniques used by Raimi would be imitated by fans. The movie is coming up on its 40th anniversary. In other words, there’s more stuff to mine for Evil Dead than most movies could hope to claim.

So what do we get? Special feature. Singular. The only special feature present on either disc is the audio commentary, featuring director Sam Raimi, producer Rob Tapert, and star Bruce Campbell. But it’s not a 40th Anniversary special commentary or anything like that – it’s the same commentary that popped up on the 2010 Blu-ray, which included a second disc just for special features.

The 2010 “Limited Edition” of Evil Dead featured hours, plural, of featurettes, a photo gallery, and trailers. For an Evil Dead fan, it was a gold mine of material. Here, we get a nearly decade old commentary from that set and nothing else. It’s a really good commentary with all the feature’s big players, but it’s just that one thing.

If this were a better-looking movie, the 4K transition might be worth it all on its own. For a production like this though, 4K on its own is insufficient. If you own that 2010 Limited Edition, this definitely isn’t worth the upgrade. And at $18 or so from most places, it’s tough to recommend the disc when it’s cheaper elsewhere without much lost.

Disclaimer: We received a review copy of Evil Dead from the publisher and watched both the primary track and the commentary before writing this review.