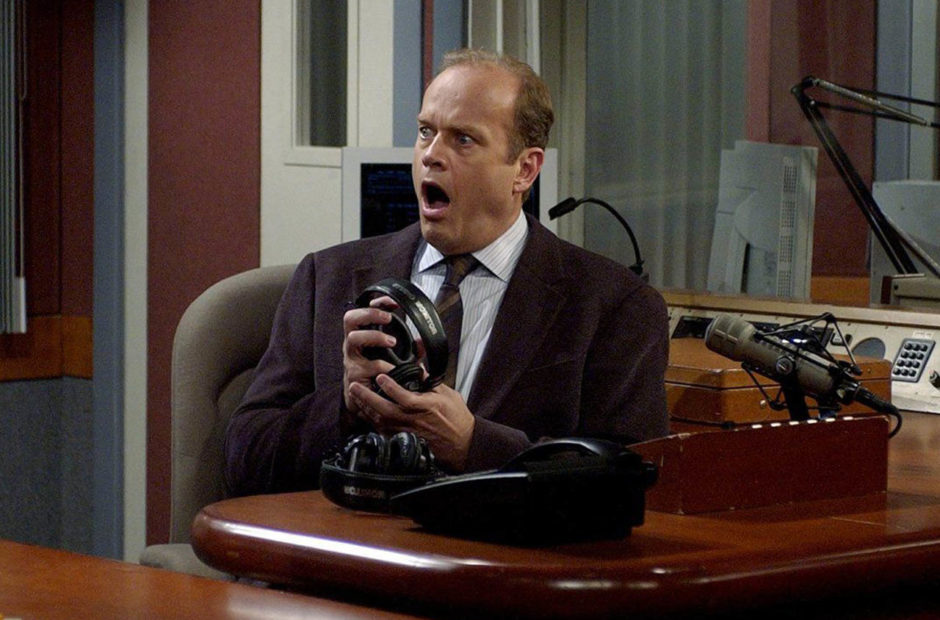 Fraiser revival a go at Paramount Plus

After a seemingly endless round of rumors, Fraiser is officially coming back for a revival at Paramount Plus.

Kelsey Grammer has been shopping a Fraiser revival around Hollywood for some time now, but in early Feb., things appeared to get serious. With the launch of Paramount Plus closing in, Grammar was reportedly in talks with the streaming service to bring the show there.

During investor day presentation on Wednesday, ViacomCBS announced that the series was moving forward. Grammer will return to the title role as well as serve as an executive producer. Chris Harris and Joe Cristalli will serve as writers and executive producers, with Grammnet Productions’ Tom Russo and Jordan McMahon also executive producing.

“Having spent over 20 years of my creative life on the Paramount lot, both producing shows and performing in several, I’d like to congratulate Paramount Plus on its entry into the streaming world,” Grammer said in a statement. “I gleefully anticipate sharing the next chapter in the continuing journey of Dr. Frasier Crane.”

“Frasier is one of the most acclaimed comedies in modern television history and truly defines premium storytelling,” said David Stapf, president of CBS Studios. “There has long been a call from fans for its return, and that call is now answered thanks to the amazing Kelsey Grammer reprising his iconic role of Dr. Frasier Crane and a brilliant creative plan from Joe, Chris and Kelsey. We can’t wait to reveal its next chapter on Paramount Plus.”

As of right now, Grammer is the only original cast member to have signed on to the project. An offer has reportedly been put out to David Hyde Pierce to return as Niles Crane, Fraiser’s brother.

No timeline for a debut has been announced as of yet.