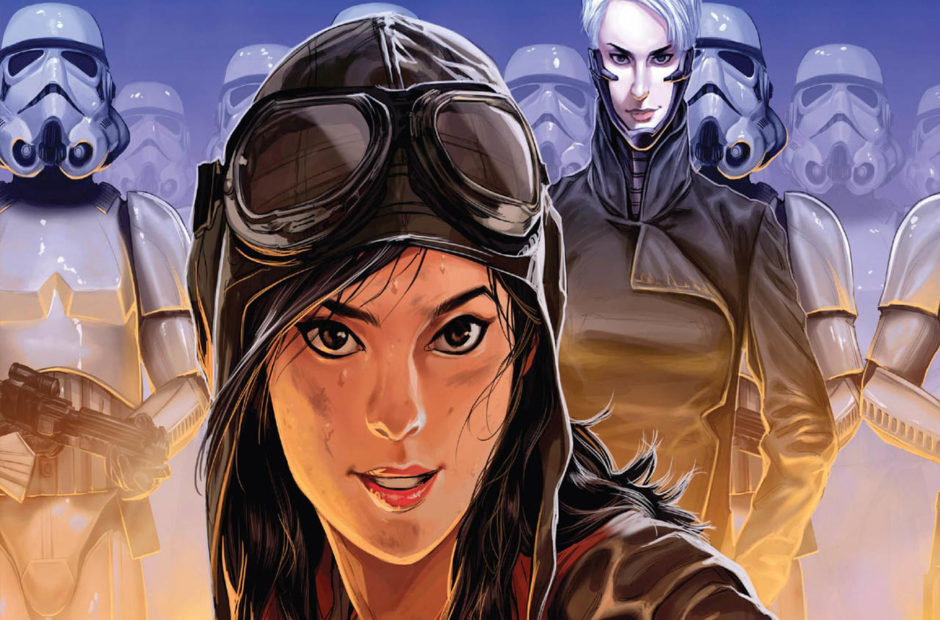 There is a possibility that Lucasfilm is hiding another Star Wars series from the public for the time being.

According to Jason Ward of MakingStarWars.net speaking with Inverse, “A new Star Wars show is starting about now that nobody even knows about.” He went on to add, “I’m hearing it’s a Lucasfilm-Marvel venture with both companies teaming up to bring a Star Wars show to the small screen.”

The new series is said to launch sometime in 2020 and it may even be filming already. As The Mandalorian has already started production on season 2, it wouldn’t be too difficult to mask the production of a second series at the same time.

As to the subject of the series, it is reportedly fan-favorite Doctor Aphra. Don’t fret if you aren’t familiar with her, she has only appeared in comics thus far having been introduced in Star Wars: Darth Vader No. 3 (2015). Aphra is a rogue archeologist who operates in a rather gray area of the law. She runs around with two reprogrammed droids, 0-0-0 and BT-1, who aren’t against committing murder, and she’ll throw in a joke here or there. She has been a big hit with the fans, and up until this week, had her own 40-issue spinoff comic.

And that’s where part of the rumor kicks in as supposedly Marvel is working with Lucasfilm on this mystery Disney Plus series. It seems like a good time to rest the character and get everything aligned for a marketing push in 2020 when the series would reportedly launch.

Aphra’s adventures to date have taken place during the time frame of Episodes IV through VI, and has even seen her being employed by Darth Vader at times. The series could keep her in this time period or it could move her elsewhere, we’ll just have to wait and see.

If this rumor proves to be true, it would be the fourth Star Wars series in some stage of development and production at Disney Plus. Could this really be the future of the franchise as opposed to films? It seems we’re about to find out.