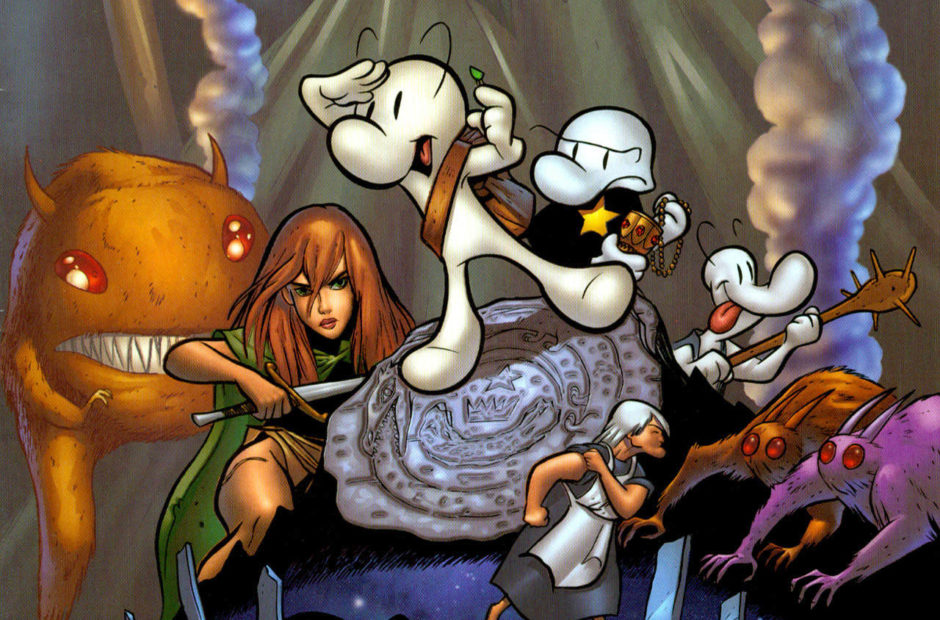 After years of false starts, it appears that Jeff Smith’s critically acclaimed Bone comic book series is being adapted. While the previous attempts had all been film projects, Netflix has stepped in and decided to go the animated series route.

Bone languished at Warner Bros. for over a decade with numerous attempts at a feature film. The last attempt was made in 2016 with Mark Osborne (Kung Fu Panda) attached to co-write and direct, but that one failed to launch as well.

“I’ve waited a long time for this,” Smith said. “Netflix is the perfect home for Bone. Fans of the books know that the story develops chapter-by-chapter and book-by-book. An animated series is exactly the way to do this! The team at Netflix understands Bone and is committed to doing something special — this is good news for kids and cartoon lovers all over the world.”

The Bone series follows the adventures of three cousins – Fone Bone, Phoney Bone, and Smiley Bone – as they explore unknown regions of their world. It pulls from just about every source material you can think of.

Overall the series ran for 55 issues over 13 years. It has been named to just about every “best of” list imaginable, and helped Scholastic launch a new young-reader imprint.

This has been one of the hottest unproduced comic properties for years. This is a huge score for Netflix and is sure to be a hit.

No release date for the Bone animated series has been shared as of yet.