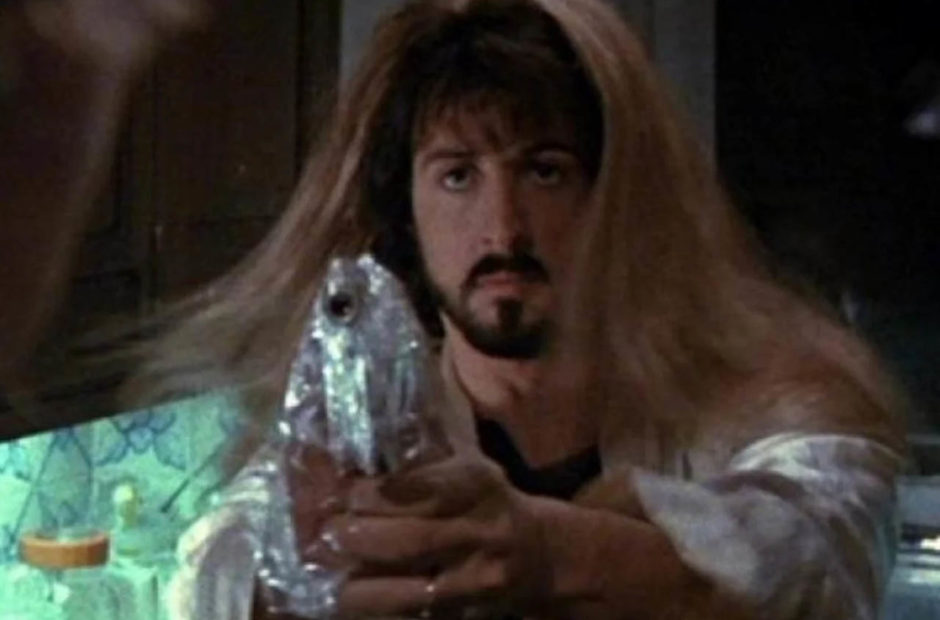 This time around it’s April 10, 1981, and we’re off to see Nighthawks, Excalibur, The Howling, and Knightriders! 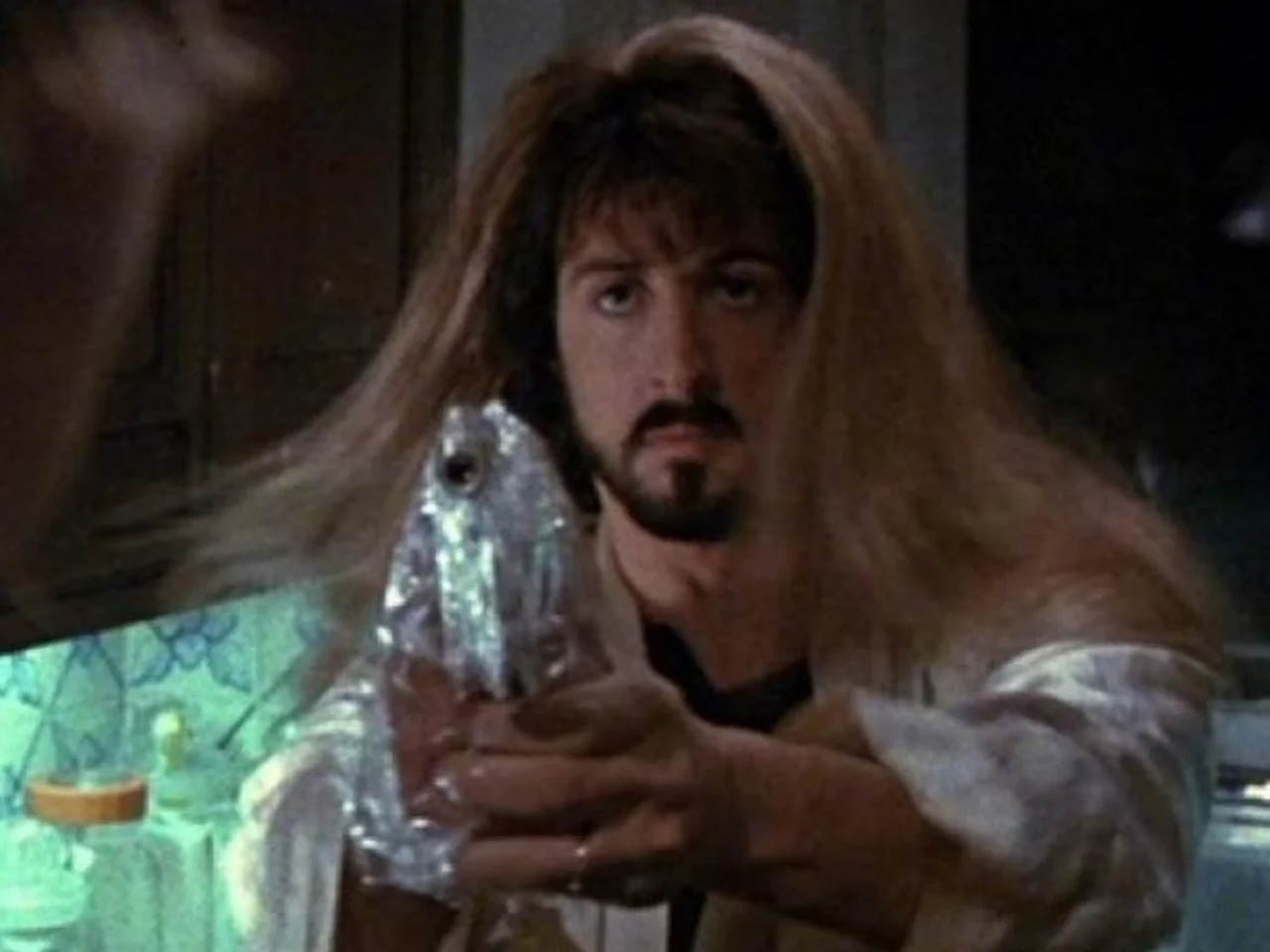 Whenever I go back and watch these films I attempt to avoid looking up any information on them online. That wasn’t something that was available back then, and I feel it’s a bit unfair for me to use that in doing retro reviews.

I made an exception with Nighthawks for one big reason: At no point in the film is there any indication why this movie is called Nighthawks. They aren’t policing primarily at night. It has nothing to do with them getting involved in trying to catch the terrorists. It just seems completely random.

What I found was a troubled production that nearly 40 minutes of the movie was removed. A cast that didn’t get along. Basically, it was just a mess of a production, and that translated on-screen as just a really boring film.

And then, twice, you have Sylvester Stallone ‘convincingly’ disguised as a woman. It was… odd.

But what you can see here is the beginnings of Stallone’s cop roles that would dominate his career for years to come. He’s playing that cop that’s on the edge of his department, and it’s just amusing to think how many more of these roles would come his way.

As movies go, it may be worth it for the place in Stallone’s history, but otherwise it’s completely forgettable. 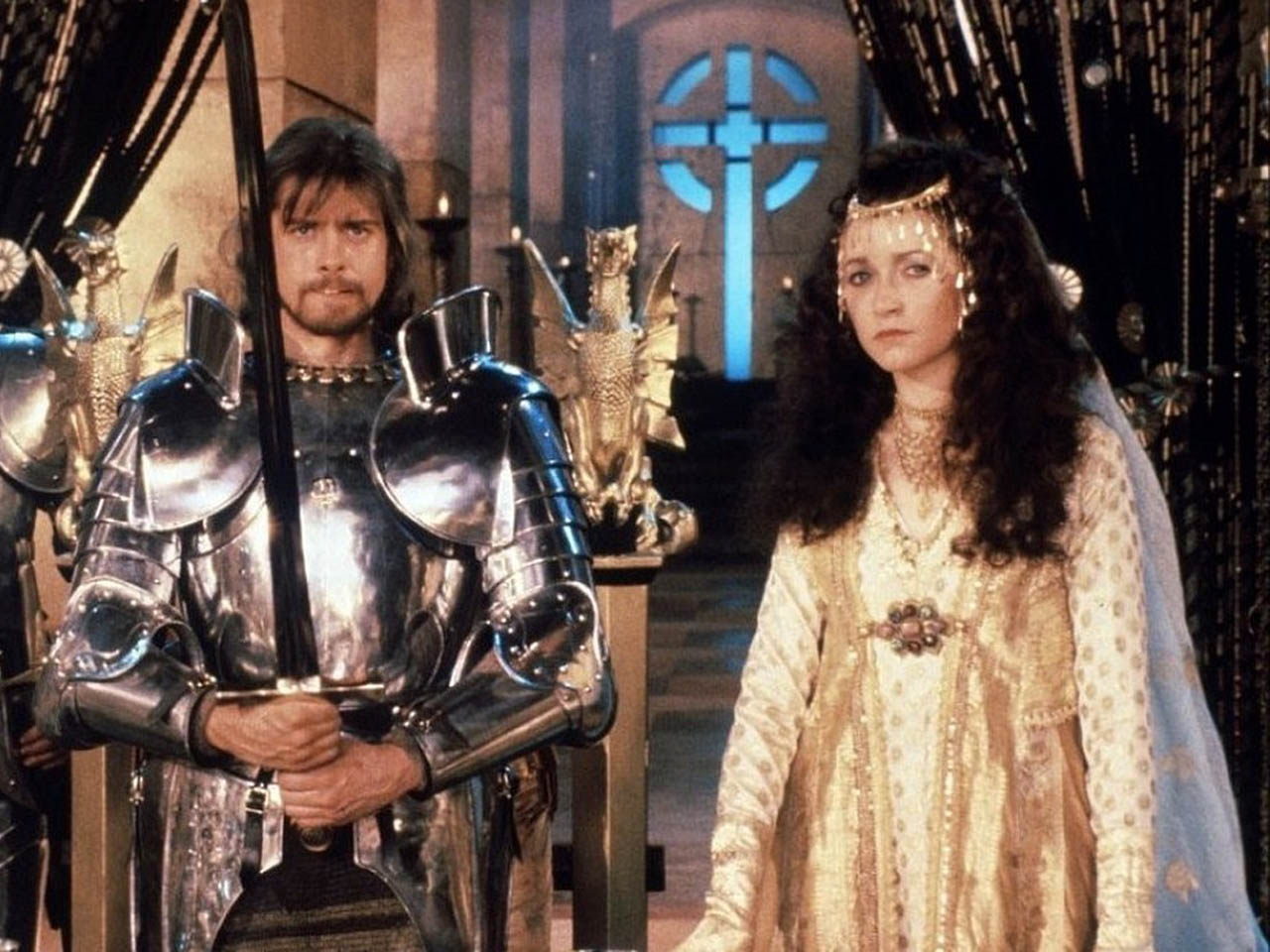 Every time someone says a new King Arthur movie is being made I immediately think, “But Excalibur exists, so… why?”

Excalibur is an oddity that should be laughed at by today’s standards, but there’s just something about it that continues to work. The costuming looks like something Andy Warhol would have come up with to be worn to Studio 54, but you totally buy it as an aesthetic in this world.

The story, as you may assume, is just another telling of the Arthurian legend. It does seem to go on a bit of a twist in the third act with when the knights go on the hunt for the Grail. While a part of the original legend, it just feels a bit off from the tone of the rest of the film.

I will say, in a time before CGI, perhaps having so many shiny things on set wasn’t the best idea as you can clearly see cameras, crew, and lighting rigs at various times in the reflections. It’s a small quibble, and, honestly, somewhat quaint in a day and age when CGI is becoming indiscernible from reality.

While the story has its flaws, the film is just too beautiful to look at to do anything other than recommend it. Add in that you get some early looks at the likes of Patrick Stewart and Liam Neeson, and it’s just a great film for anyone to check out. 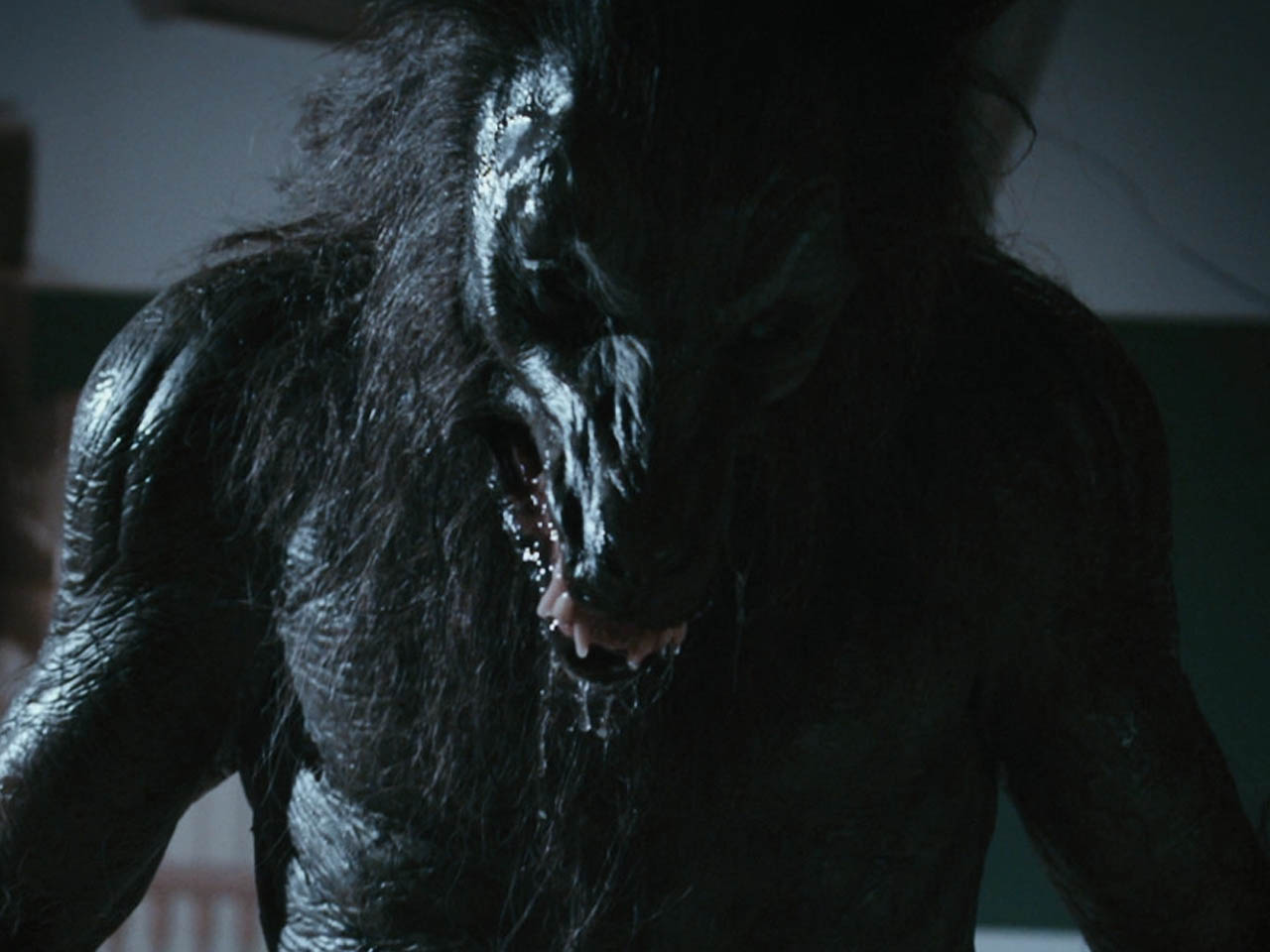 Somehow I had never seen this movie to the best of my recollection. I was nine-years-old when it hit theaters, but I still feel like I would have seen it at some point along the way.

That aside, The Howling is a fun little journey into the world of lycanthrope stories. When one of their kind heads into the city and turns serial killer, he puts an entire werewolf “colony” at risk. When a reporter (Dee Wallace) comes face-to-face with him, she ends up going to The Colony, but under the guise of it being a self-help getaway.

Instead, it’s a massive pack of werewolves. Her husband gets seduced in, literally, and joins the pack while she continues to feel as if she is losing her mind.

The story jumps around a bit much and complicates things by adding even more outside investigators into what is happening, but it gets there in the end with one of the most iconic scenes in werewolf movies. If you haven’t seen it, I don’t want to spoil it for you. I will just say it has to do with the evening news and it’s just such an original way to end one of these stories.

It’s not a great film by any stretch of the imagination, but it’s interesting and worth it just for those final moments. 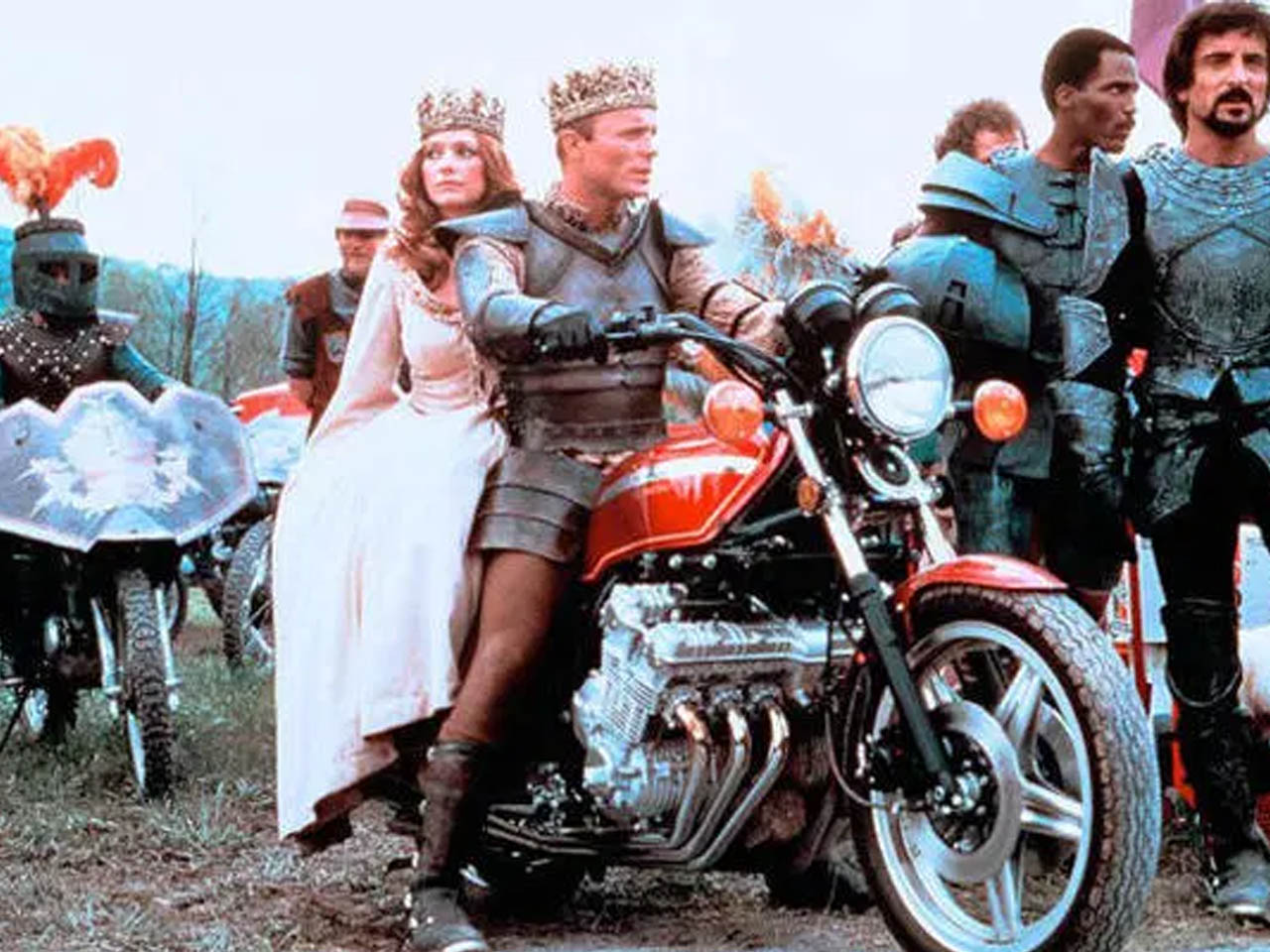 Something tells me it wasn’t pure coincidence a modern-day retelling of the Arthurian legend arriving on the very same day as Excalibur wasn’t a coincidence.

Ed Harris plays the “king” of a traveling roadshow of knights on motorcycles with each of them taking on the name of a player in the story of King Arthur. King Billy takes the entire scenario the most seriously, but everyone seems to buy into the concept of fighting for the role of king.

At the end of the day, it’s a story about choosing your own family and fighting for them, with this peculiar layer of a whole lot of motorcycle action layered on top. It does throw a bunch of other story beats at the wall as well such as corrupt small-town police, a very wild side moment of an abusive husband, but one story, in particular, stands out.

During one night camped out before moving towns, Pippin is questioned about whether or not he’s gay. He responds after further questioning that he isn’t sure what he is. For 1981 this is a pretty wild bit of story to be included in a film that is so in-your-face masculine at most points.

Roger Corman is known as a schlock director, and while Knightriders is indeed overly long, there is something charming about it. I would go so far as to say of all his films, it may be his strongest. The script is fairly strong, the acting is good, and the direction was intense in all the right ways.