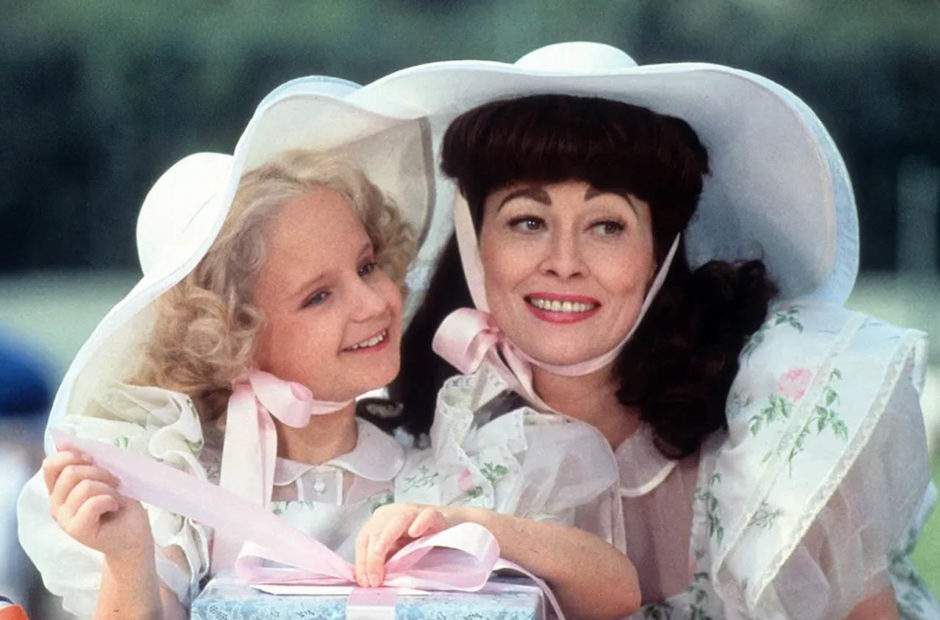 This time around it’s Sept. 18, 1981, and we’re off to see Mommie Dearest, Continental Divide, The French Lieutenant’s Woman, and Raggedy Man! 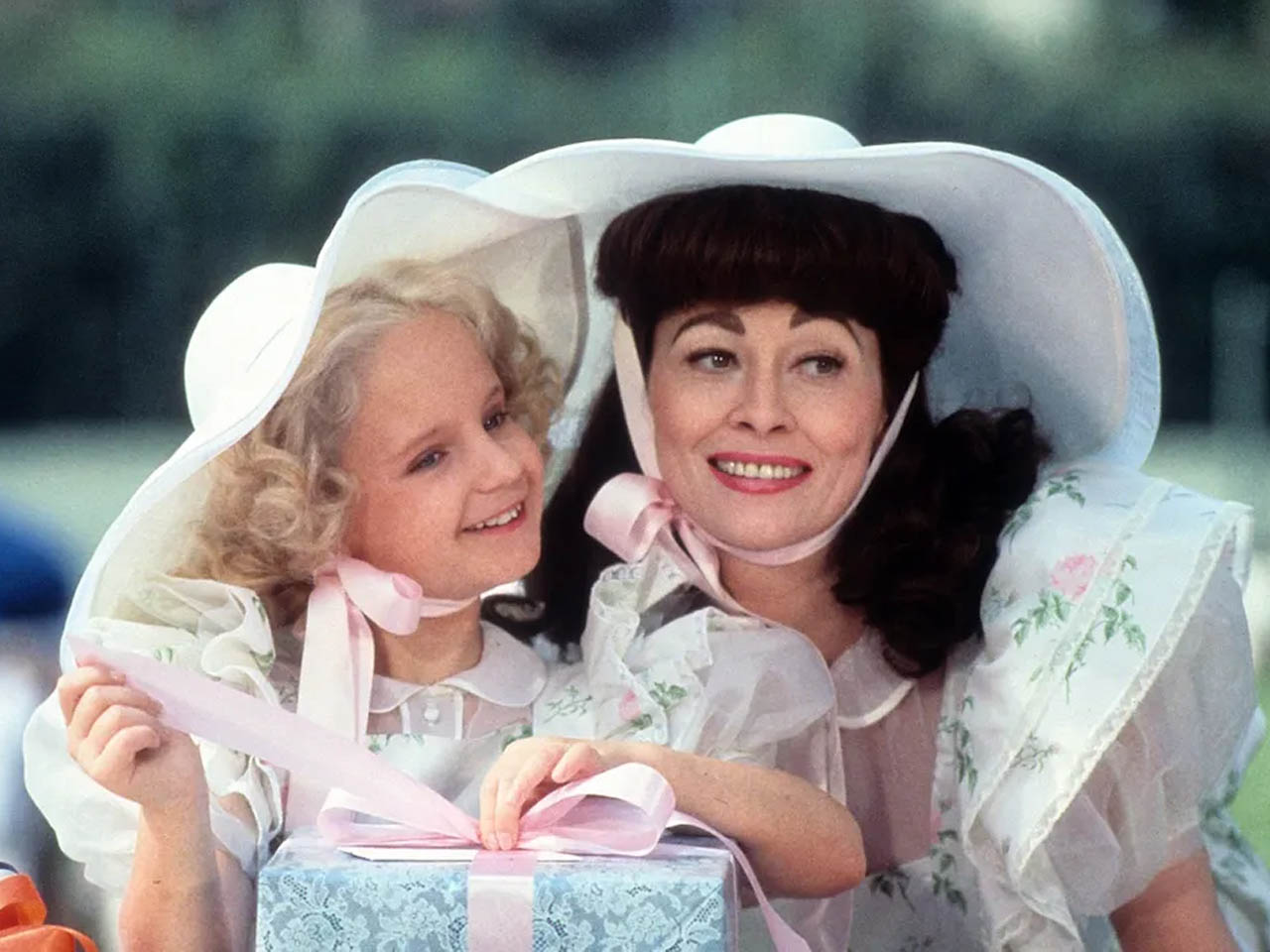 There are camp classics, and there is Mommie Dearest.

Mommie Dearest isn’t so much a movie as just a series of scenes that allow Faye Dunaway to just eat the scenery whole. While the movie tries to tell the story of Joan Crawford and her strained relationship with her daughter, Christina, it just falls down constantly.

The film fails as a movie as it just completely passes on explaining any form of motivation for Crawford’s actions. While there may have never been an official diagnosis, it still would have been nice to see some sort of explanation of her issues. But even things that could be simply explained simply aren’t. Just look at the fact it is very pointedly mentioned multiple times that Christopher, her son, sleeps while being harnessed to the bed, but no one ever says why. You just see him being hooked to the bed, or at one point he releases himself to offer to help Christina clean up the bathroom after a rampage by Joan. Christina tells him he must hook himself back in or make everything worse.

And there is the camp factor. The infamous scene of Joan beating Christina with a wire hanger could have been a powerful moment of showing just how far her insanity takes her. Instead, due to a face full of cold cream, it comes off as a maniacal scene that wouldn’t be out of place of the Joker tormenting someone before Batman crashes through the window. It turns into a laugh-out-loud scene when it should be anything but.

It’s a movie worth checking out, but never mistake it is not a good movie in the traditional sense. 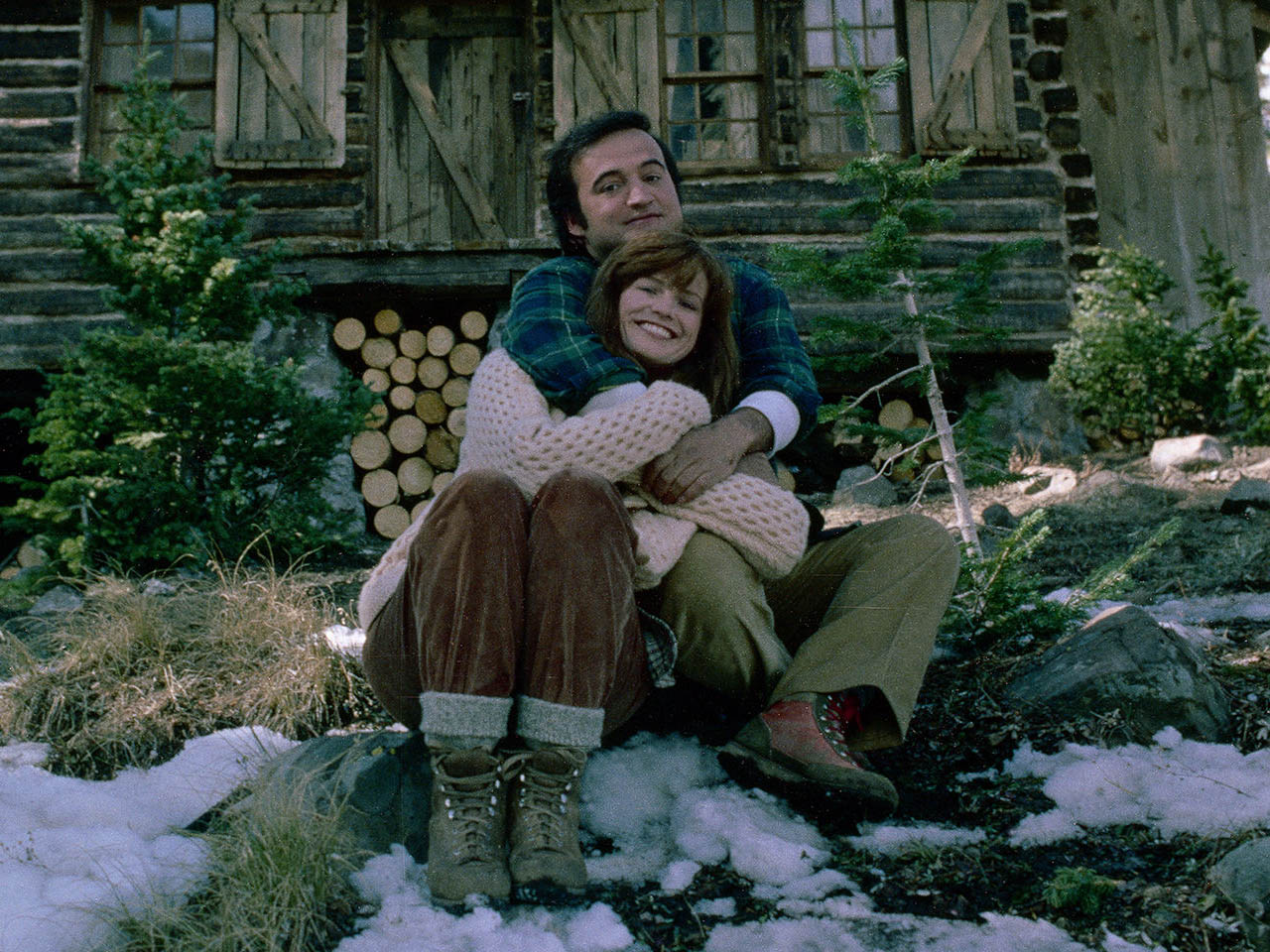 The 1980s had a tendency to confuse a man being a sex pest to a woman with it somehow being charming. Continental Divide is an excellent example of that.

Ernie Souchak (John Belushi) heads to the mountains for a newspaper story after his life is threatened for investigating a corrupt alderman. He is there to write a story about Dr. Nell Porter (Blair Brown) who is studying bald eagles in the Rockies and that means, of course, they will eventually fall in love.

The problem is, Souchak is a completely unlikable character. He’s supposed to be the likable schlub type character and he instead just comes off as annoying and irritating. The how or why of how Porter falls for him seems to boil down he’s in the general vicinity so… you love him?

While Belushi did some amazing work over his career, Continental Divide is most definitely not an example of that and is really forgettable. 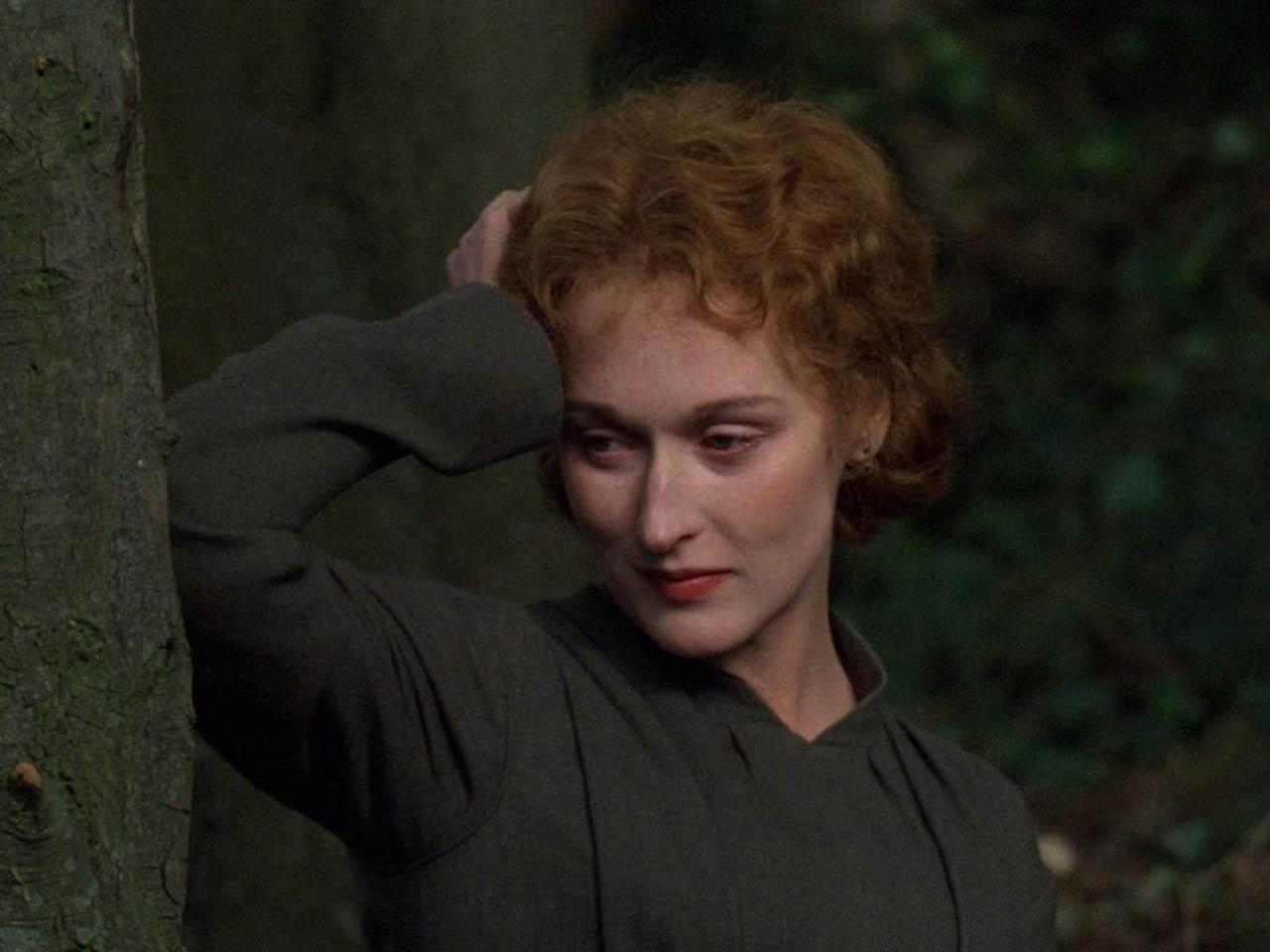 The French Lieutenant’s Woman is a movie I have always heard about, but thought it would hold no interest for me. Luckily I found myself pleasantly surprised by it.

The story takes place in modern times, but is actually the story of two actors having an affair on the set of their movie. But at the same time it is set in the past as we the story of the affair happening in the movie they’re filming, The French Lieutenant’s Woman.

Meryl Streep and Jeremy Irons are compelling in the roles of the actors and the supposed people in the past, but it is the latter that they truly excel. As tired as I may be of period romance films, this one really works. Having the extra lens of the modern-day really helps to bring it to a new level that I just can’t remember seeing in any other film.

If you’ve never seen it before, it’s worth checking out just for the intriguing storytelling devices they use. 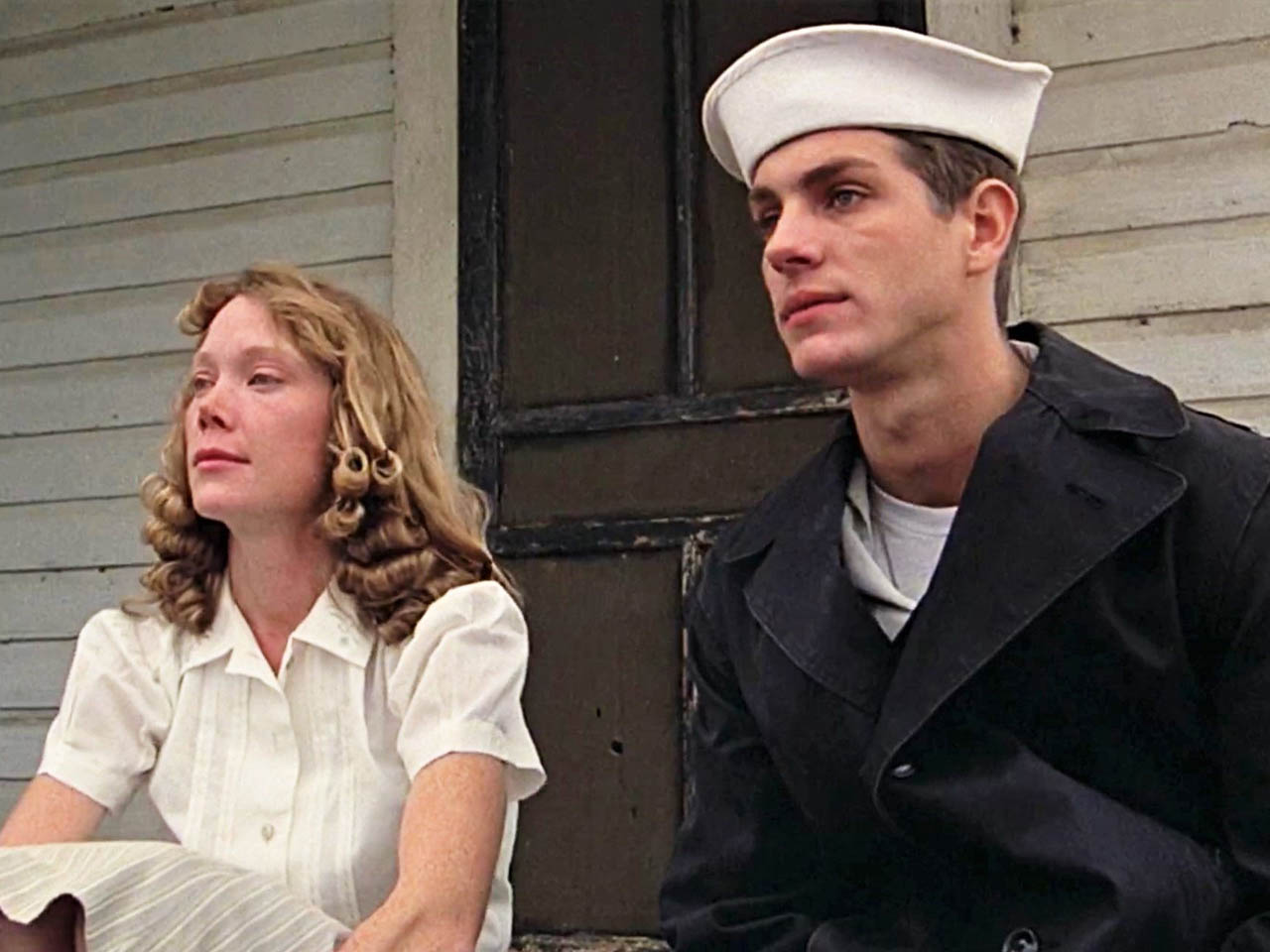 Raggedy Man feels like a movie that wants to be so much than it is. On the surface, it is the tale of a divorced woman – Sissy Spacek – in the 1940s who mans the telephone switchboard of a tiny town in Texas. After catching her husband cheating on her, she leaves him with their two small children and takes care of them on her own.

When a sailor (Eric Roberts) passes through a town, a romance blossoms that is doomed to be short-lived. Even if they only by the length of his leave from the service, the small-town of mentality of how she should be single for life due to her divorce, it just won’t last. But when he leaves town is where the film takes some odd turns.

It had been established earlier in the film that two locals wanted to ask her out, and the sailor being in town made them jealous. Once Roberts’ leaves town, they try to rape her. She is saved by the “raggedy man” that we’ve seen wandering the town throughout the film… who turns out to be her ex-husband, but with scars from the war.

Apparently, no one in town has recognized him although it takes you the viewer two seconds to recognize him.

It makes no sense, and makes the last third of the film feel like a totally different story. You can very much live without seeing it to be sure, which is sad because it is beautifully shot.

The 1981 movie reviews will return on Sept. 23 with Only When I Laugh and Rich and Famous!