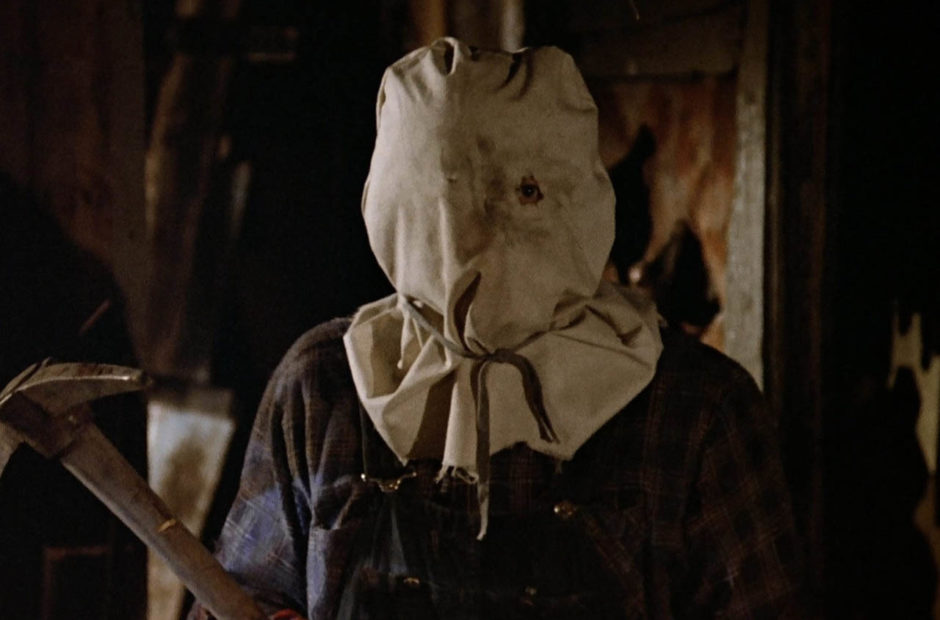 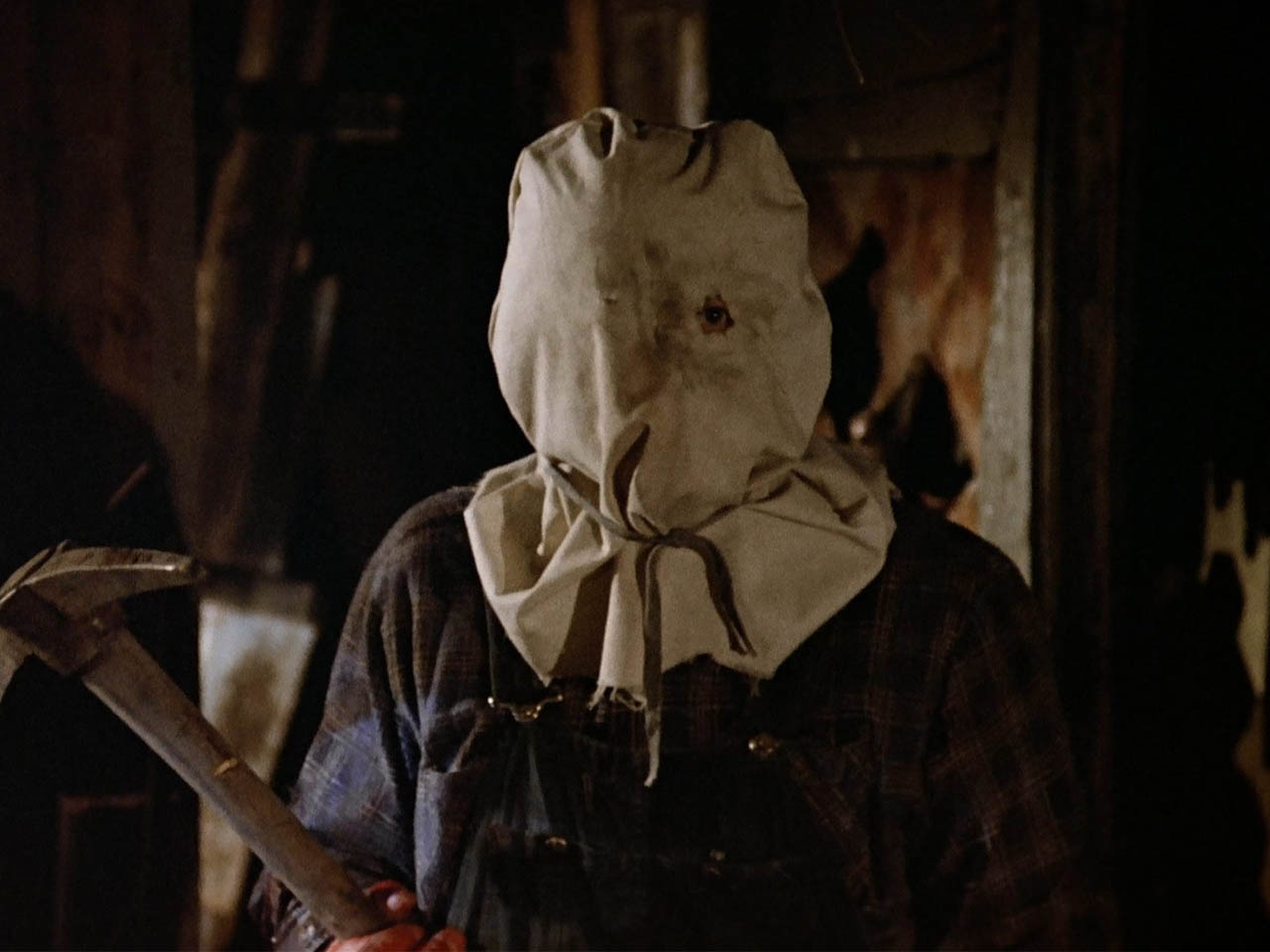 While everyone remembers Jason for his hockey mask, here we are two films into this series, and it has yet to show up. Heck, he was barely even in Friday the 13th that came out in 1980.

Here we are though with the second entry in the historic series, and already establishing other hallmarks of the story. Such as: If you have sex, you’re probably going to die. If you’re a female, you have higher odds of being the lone survivor. That Jason just kills, to kill. What this film did show that didn’t really stick around was a bit more intelligence out of Jason.

When the film opens, Alice Hardy – the lone survivor of the first film – is still getting over what happened in the first film. As she gets out of the shower she receives a phone call, but no one is on the line. Did Jason just check to see if she was there? He does show up and kills her… and then takes a tea kettle off the burner so it will stop whistling. How did he find Alice? How did he know her name? Why did he care about the teapot? These are all signs of intelligence that would definitely be missing from Jason as the series went on.

Then we move to five years later and another camp on the shore of Crystal Lake is opening which means new counselors, and more potential victims for Jason. From here forward the movie is just your usual senseless killing with a brief moment of interest from one of the counselors, Ginny, who figures out what Jason must be like in the wake of everything that happened to him. She then uses it against him when she pretends to be his mother to calm him down and attempt to kill him. It’s an interesting moment and not one we really had seen much of in slasher films before this.

If you like slasher films, Friday the 13th Part 2 is a must-watch as you can still enjoy the series when at least a little bit of thought was put into the story. 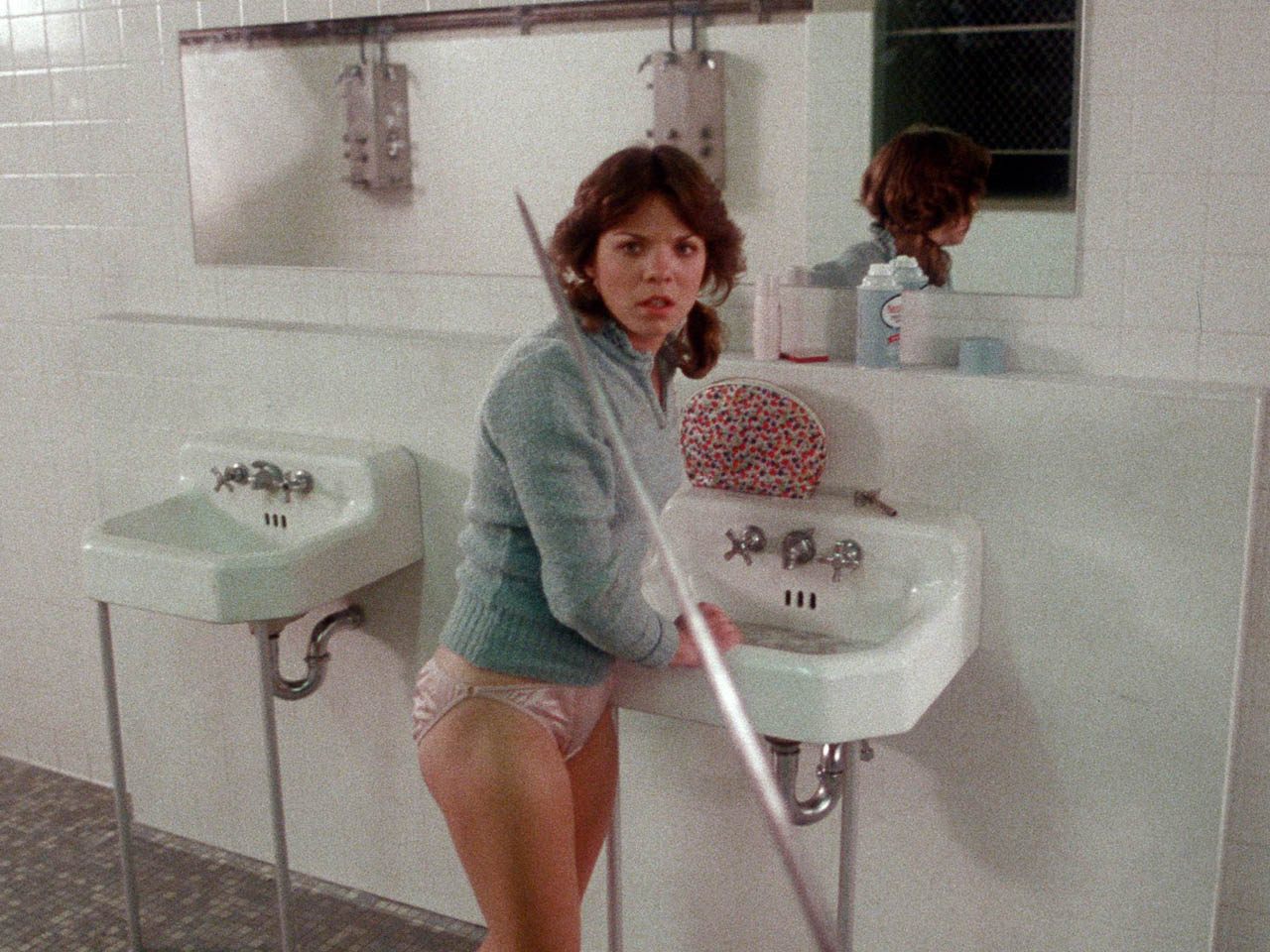 Gather around everyone because this one is just perfection in the form of possibly the worst film I have watched in years. Yes, it crossed that magical border of, “it’s so bad that it’s good.”

The story kicks off with poor Laura Ramstead dropping dead after a track and field meet at the high school. Her coach and pushed her too hard and she just… dies. We’re never told why, just trust us, the coach was too hard on her.

Two months later, her sister, an Ensign in the Navy, flies in from Guam for the graduation ceremony where her sister will be honored. And as soon as she arrives, other people who were on the track team start being killed off in various creative manners. For instance, the photo I used with this review is of Sally being killed off with a fencing sword just as she was shaving her legs in the girl’s locker room after gymnastics training. Which… is a thing teenage girls do in school locker rooms?

But then there is Ralph. Poor Ralph. He was on the track team, but he also plays football. But how do we know he plays football? Because he goes jogging in the woods in his full football gear while chuckling to himself and tossing a football in the air. (You have to wonder if no one thought, “You know football is played in the fall? Not in the spring when graduations happen?”) It’s just too bad the killer then gets hold of the football, skewers it with their trusty fencing sword, and throws it at Ralph to kill him. Because, you know, footballs keep their shape after being skewered with a fencing foil.

Throw in some of the worst acting and fight “choreography” I have ever seen, and this movie is just a glorious mess that everyone should see at least once. And if you aren’t convinced yet, also throw in the fact that apparently every teacher at this school is a pervert and is either lusting after the students or actively engaging in sexual encounters with them and you may have one of the greatest slasher films yet.

1981 Movie reviews will return on May 8 with The Burning!