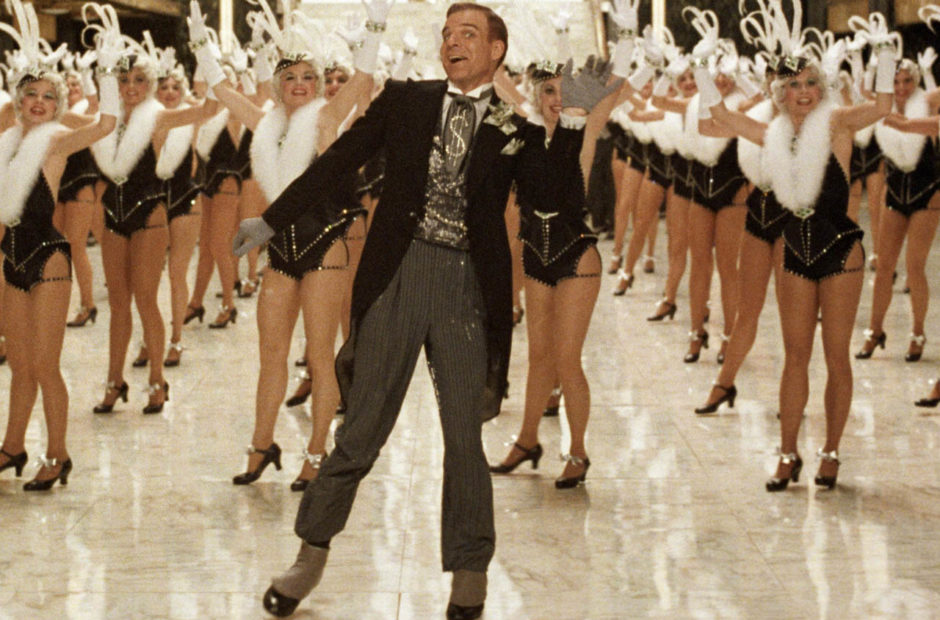 This time around it’s Dec. 11, 1981, and we’re off to see Buddy Buddy, Dawn of the Mummy, Pennies from Heaven, and Rollover. 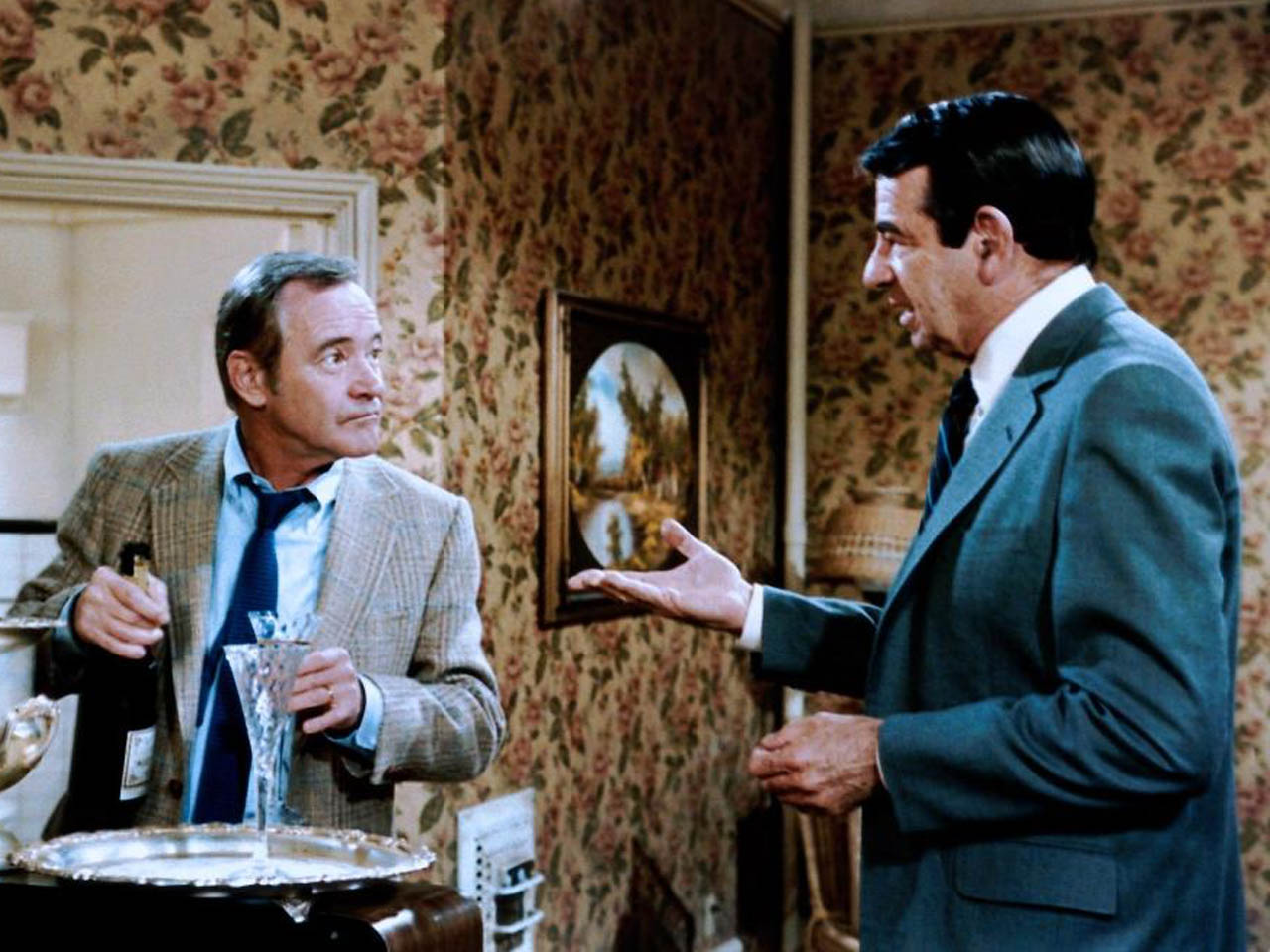 As I prep to watch the movies for this series, I sometimes see an upcoming one that gets me excited. For instance, “Oh, a Jack Lemmon and Walter Matthau movie I haven’t heard of! This should be fun!”

I was so wrong.

There’s a reason Buddy Buddy is almost impossible to find, and that’s because it’s really not good. Matthau plays Trabucco, a hitman for the mob that specializes in killing witnesses. While on a job, Victor Clooney – Lemmon– checks into the hotel room next to him and attempts suicide as his wife has left him for a cult.

What follows is non-stop hijinks of Clooney messing up Trabucco’s day. Towards the end of the film, the cult leader comes to take out Clooney, mistakes him for Trabucco and drugs him. After they wrap up the cult leader, it’s time for the hit, but Trabucco can’t use his arms, so Clooney offers to do the hit for him.

Yes, a mild-mannered man who has never hurt so much as a fly from what you can tell is totally cool with performing a hit for the mob.

I can see why this film isn’t discussed with all of the Matthau and Lemmon films. 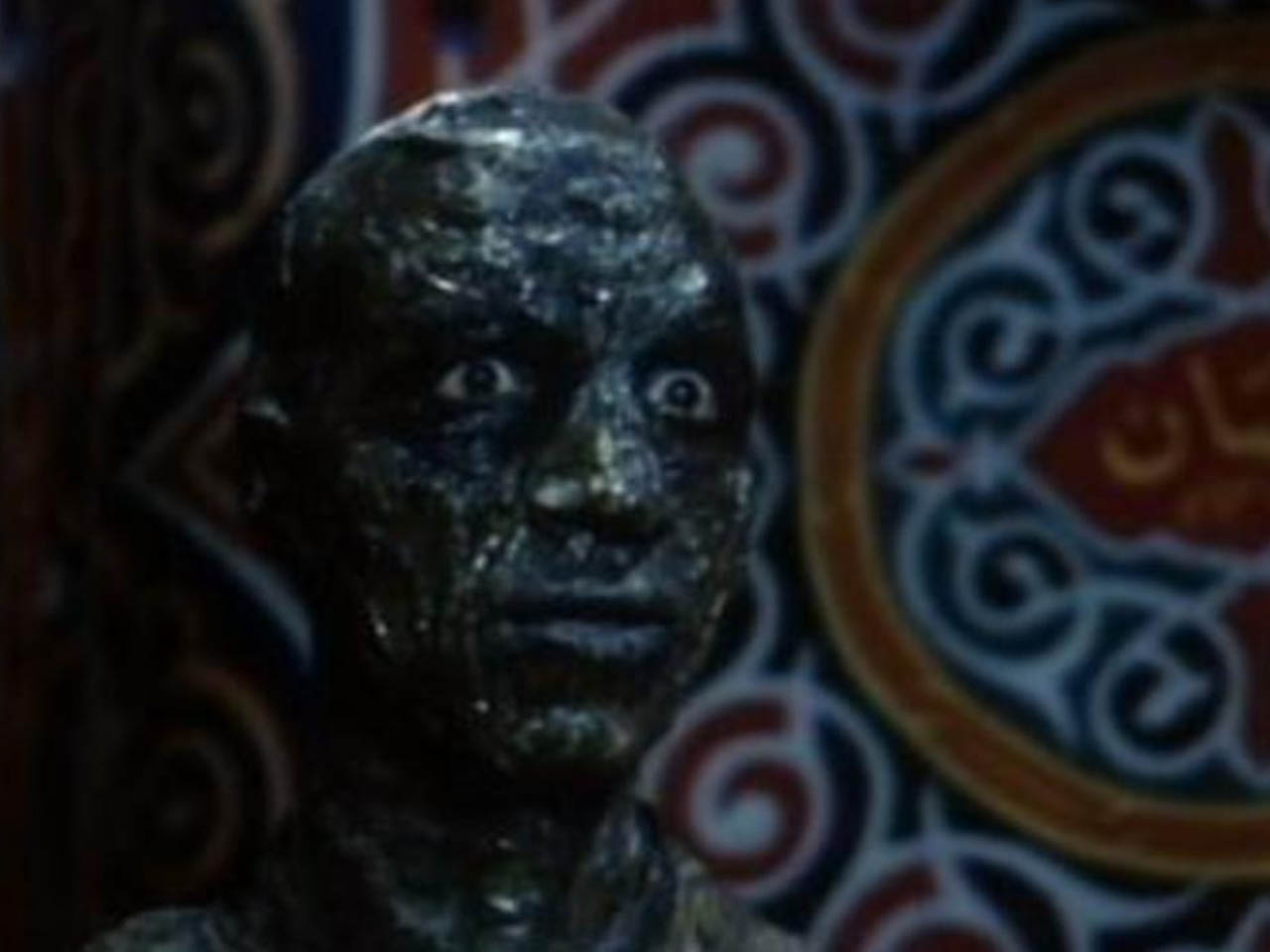 Dawn of the Mummy

1981 is coming to a close, but the obsession with Tutankhamun and Egypt was at a fever pitch. We were seeing a resurgence in mummy films and Dawn of the Mummy was one of those… really, that’s about all I can say about this movie.

A bunch of models head to Egypt for a photo shoot and enter a cursed tomb that is in the process of being grave robbed. What follows is mummy hijinks with some of the worst “special effects” I think I have ever seen.

There is just nothing redeeming to this movie. It’s slow, spends way too much time without the presence of mummies, and when they do show up it’s just downright ugly.

Everyone wanted to cash is on the Egypt craze, but a lot of folks did it a lot better. 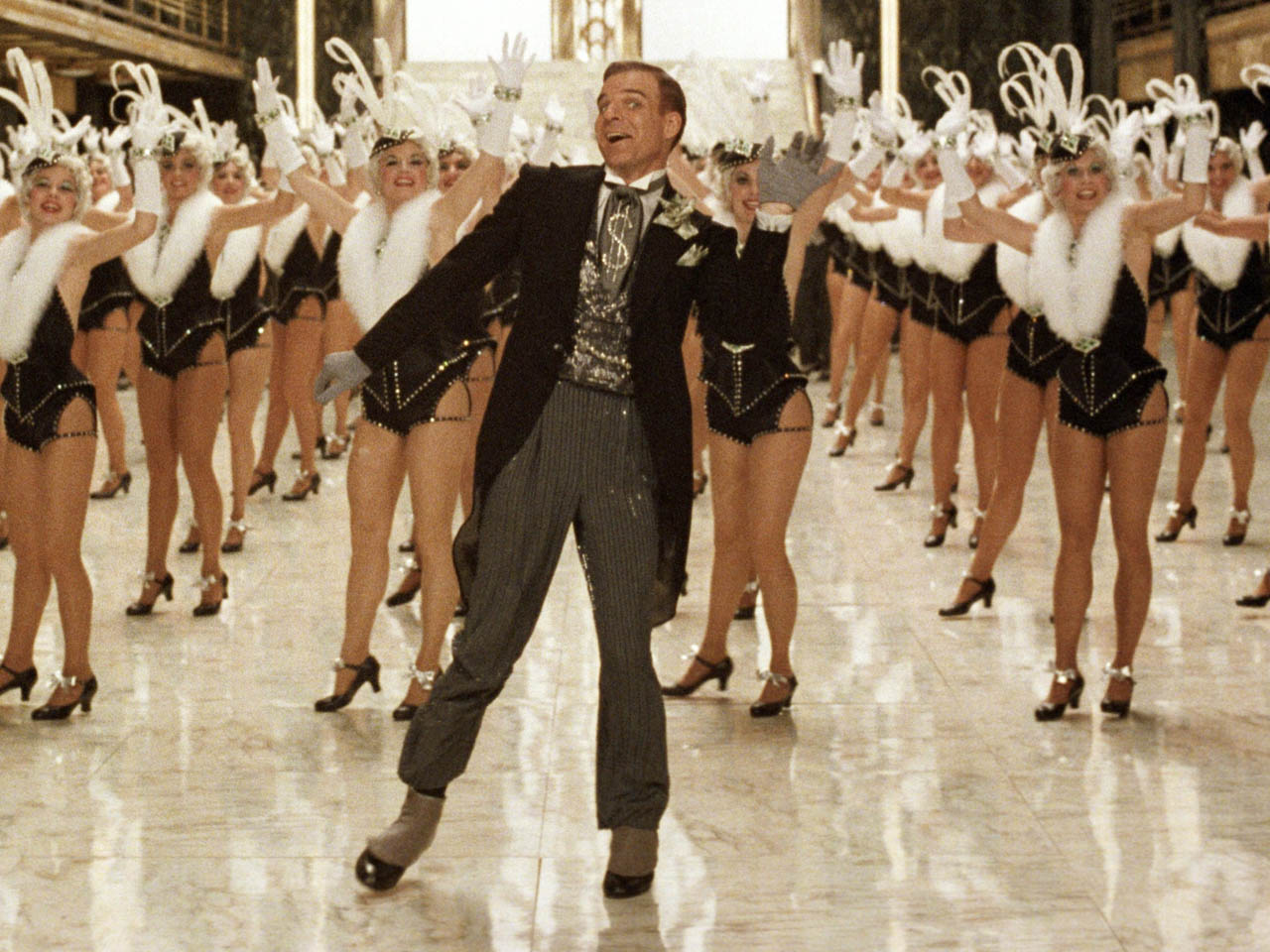 Pennies from Heaven is a strange, strange film, but yet you find you can’t take your eyes off of it.

Set during the Great Depression, Steve Martin plays traveling salesman Arthur Parker. While out on the road, and very unhappy with his marriage, he meets a meek school teacher named Eileen (Bernadette Peters) with whom he is instantly smitten with. She becomes pregnant and everything unravels for Parker, his wife, and Eileen.

The film is strikingly humorless considering where Martin was in his career, , and that’s fine. He shows himself as a deft song and dance man, although you only hear him sing at the end of the film.

And this is probably where a lot of the confusion for this film comes from. It is a musical, but it only uses the original recordings from the 1930s with the contemporary actors lip synching to the songs. This lends itself to the movie taking on a surreal, almost etherial tone that is just mesmerizing.

And you have to applaud Pennies from Heaven for the way it frames its characters. Parker is a wholly unlikable scoundrel, but yet you root for him and Eileen. You want them to find love all the while you’re thinking of all the rotten things he has done to her and his wife.

It’s an odd film to e sure, but if you buy into the premise it’s an intriguing and mesmerizing ride. 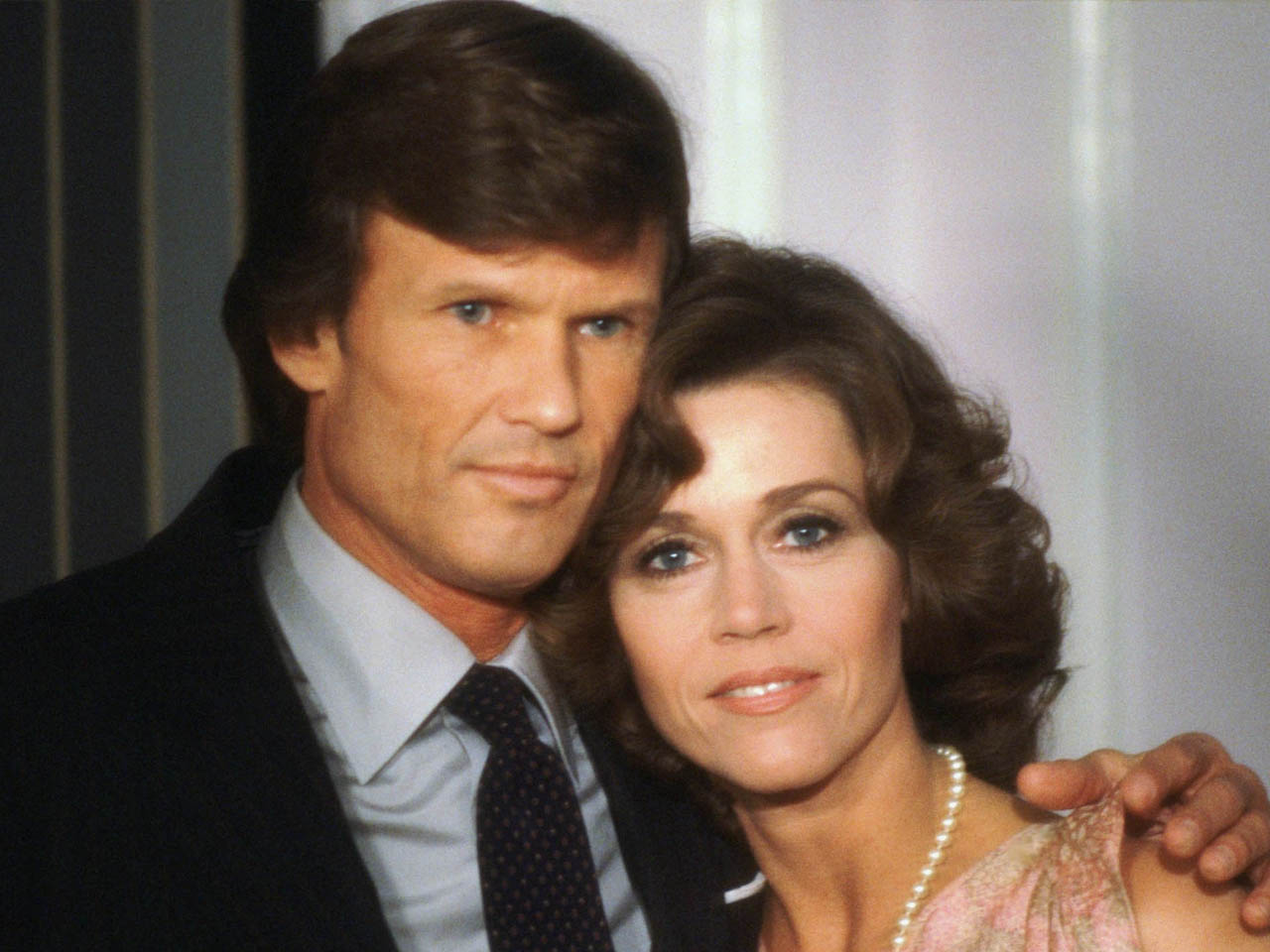 I know what it’s about, it’s about being a confused mess of a film that doesn’t explain anything. It somehow thinks shouting financial terms across a crowded room will be enough to convey why something is good or bad.

Jane Fonda plays Lee Winters whose husband is killed in the first few minutes of the film. She spends about .08 seconds mourning him before she gets all entangled with Kris Kristofferson as Hubbell Smith, who is a financial genius. We know this because they told us so and then showed him at a desk surrounded by towering piles of folders.

The film finally tells you the real plot of the film in about the last 20 minutes and it deals with the Saudi Arabians pulling all of their money out of the U.S. dollar causing an international crash in currencies and leading to worldwide rioting and a second Depression. Up until this sudden revelation you could have told me this movie was a love story between Smith and Winters and I would have agreed with you because we spent far more time with them than anything else.

Why in the world this movie is named Rollover is beyond me. I think the word is said like twice in the entire film. They do, however, say “21214” about 500 million times as it is the mysterious bank account number everyone is trying to figure out. One would think perhaps that should have been the name of the film, but nope, they went with Rollover.

1981 Movie Reviews will return on Dec. 11 with Absence of Malice, Neighbors, and Sharky’s Machine!