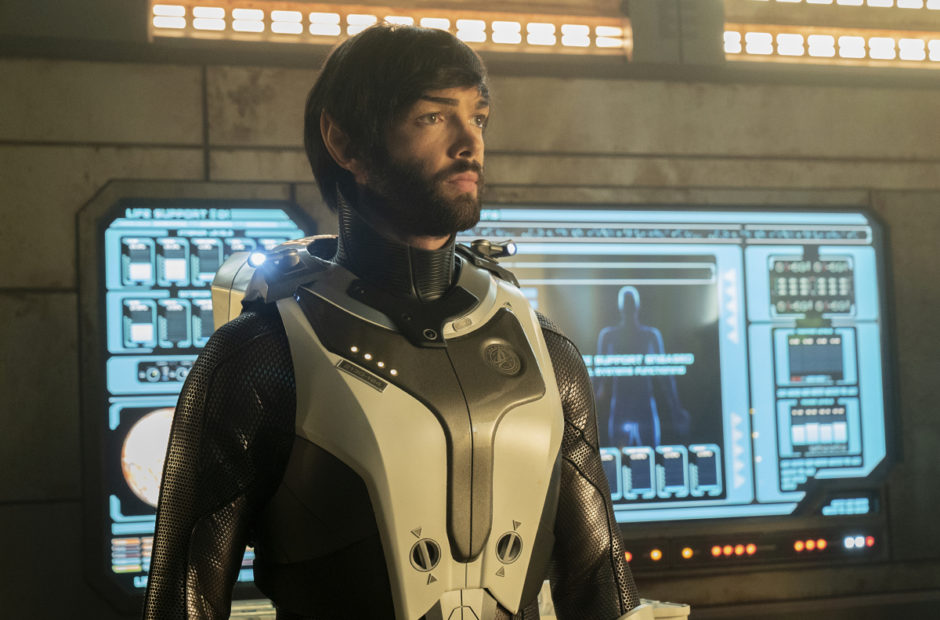 Despite a massive jump in time to the future at the end of Star Trek: Discovery season 2, it appears that we may not be done with some of the newest characters.

Between the first and second seasons of Star Trek: Discovery, CBS All Access produced some short form Star Trek stories called Short Treks. these 15 or so minute short stories focused on different characters and filled in a few story gaps. We’ve known for some time now that we will be getting more of these episodes, but now we know some of the actors that may appear.

In now deleted Instagram posts from late May and early June spotted by TrekMovie, director Mark Pellington posted a picture of a Short Treks clapboard for an episode entitled “Chaos Theory.” He then posted a picture posing with Ethan Peck and Rebecca Romijn. Peck played Mr. Spock in season 2 of Discovery, while Romijn played Number One.

Pellington also included the hashtag #chabon, which seems to imply that Michael Chabon wrote the story. Chabon wrote “Calypso” in the first batch of Short Treks, and is currently part of the Star Trek: Picard writer’s room.

No word as of yet as to when the second batch of Short Treks will be released, but considering how popular the Enterprise crew was in season 2 of Discovery, we can’t wait to see this.