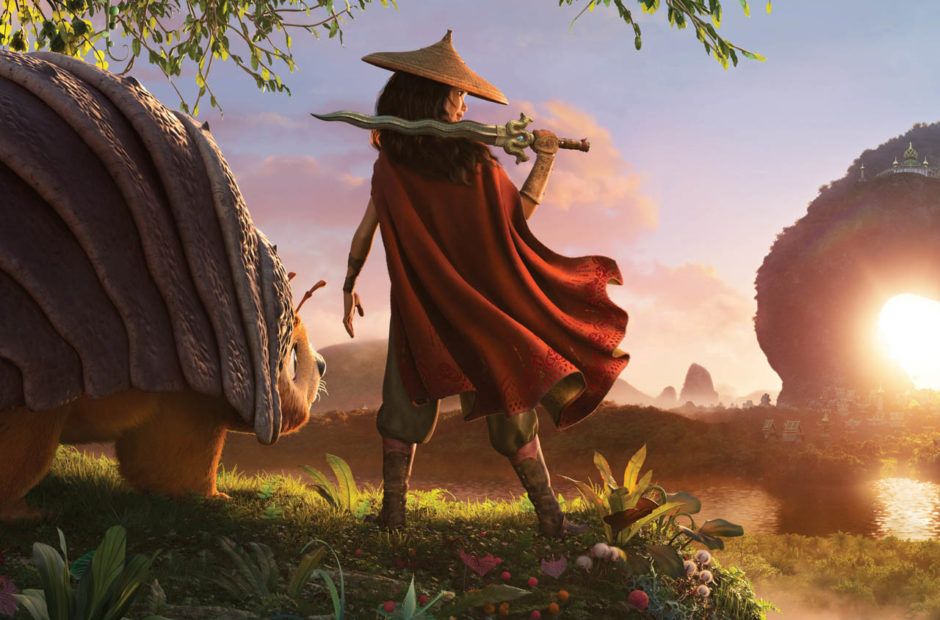 After years of hearing the film title “Raya and the Last Dragon,” a trailer has finally arrived giving us our first look at the new Disney film.

Disney has finally shared a look at Raya and the Last Dragon, and it has all of the usual hallmarks owe love in a Disney animated film from the strong female lead to the cute animal companion (we won’t call it little…).

Long ago, in the fantasy world of Kumandra, humans and dragons lived together in harmony. But when an evil force threatened the land, the dragons sacrificed themselves to save humanity. Now, 500 years later, that same evil has returned and it’s up to a lone warrior, Raya, to track down the legendary last dragon to restore the fractured land and its divided people. However, along her journey, she’ll learn that it’ll take more than a dragon to save the world—it’s going to take trust and teamwork as well.

While Raya is currently scheduled for release in March, we consider this date up for change due to all of the other changes happening in film schedules. Whenever it is released, however, color us intrigued.

Raya and the Last Dragon is scheduled to hit theaters on March 12, 2021.