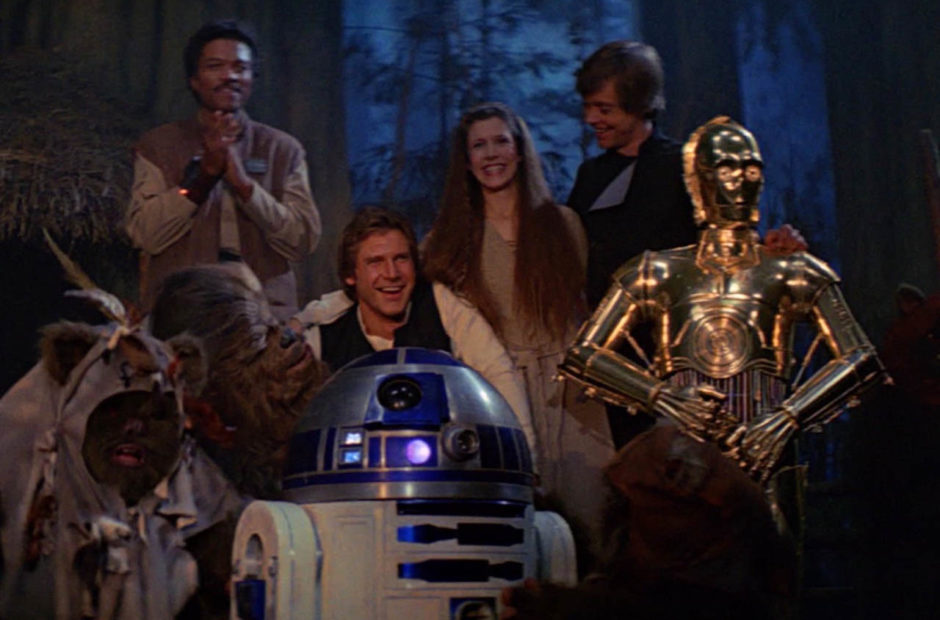 Return of the Jedi has made its way into the National Film Registry, and that means it will be preserved for future generations.

Acting under the National Film Preservation Act, each year the Library of Congress adds 25 films to the National Film Registry. Members of the public are allowed to nominate up to 50 films per person, and then a board decides which films are “culturally, historically or aesthetically” significant. With the additions for 2021, the list of films now being preserved has surpassed 800 films.

This year’s list marks some interesting inclusions such as John Water’s Pink Flamingos, and we’re shocked that it took this long for What Ever Happened to Baby Jane to make the list.

“In 1951, Professor Tolkien expressed the wish that ‘… other minds and hands, wielding paint and music and drama…’ might one day come to the world of middle-earth. And they did — actors and artists, composers and musicians, linguists and digital wizards — a myriad of talent came together to bring his vast work of imagination to life on the screen,” said the filmmaking team of Peter Jackson, Fran Walsh and Philippa Boyens. “It is a great honor to have ‘The Lord of the Rings: The Fellowship of the Ring’ selected this year by the National Film Registry. We are proud to be part of an archive that celebrates and preserves the art of visual storytelling, for generations to come.”

The complete list of films added to the registry in 2021 includes:

You can check out detailed information on all of this year’s additions in the press release. You can learn about the National Film Preservation Board where you can learn all of the films that are in the registry and what exactly they do with them. You can also begin nominating films for the 2022 additions now by submitting up to 50 titles.