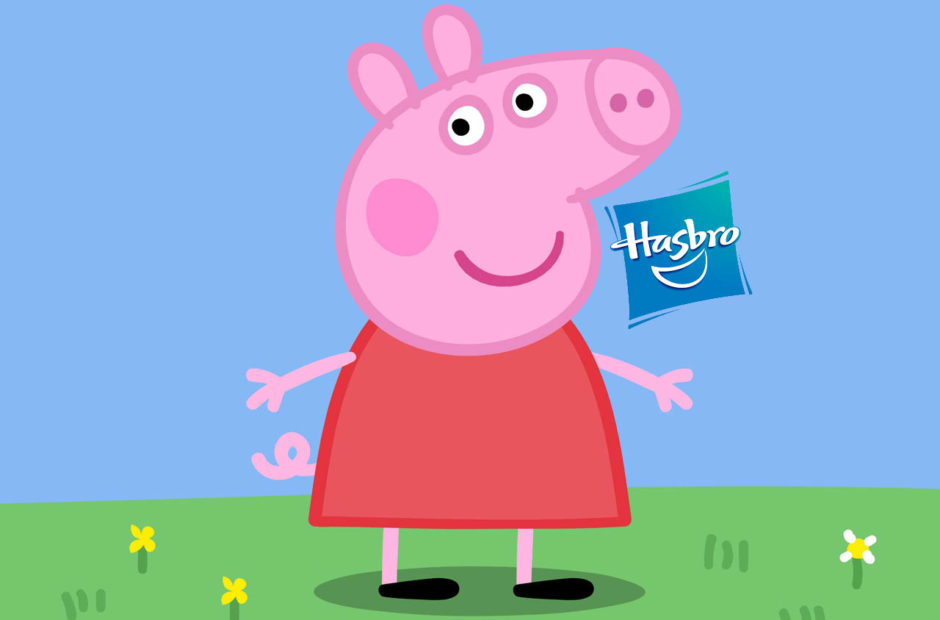 Hasbro has made a huge move and is getting deeper into generating its own content.

While the studio name may not be instantly recognizable, it is the company behind such popular kids brands as Peppa Pig, PJ Masks, and Ricky Zoom.

“The acquisition of eOne adds beloved story-led global family brands that deliver strong operating returns to Hasbro’s portfolio and provides a pipeline of new brand creation driven by family-oriented storytelling, which will now include Hasbro’s IP,” said Hasbro chairman and CEO Brian Goldner in a statement.

This is a huge deal for Hasbro as it gives them in an in-house production arm. It won’t change the existing deal with Paramount for films based on G.I. Joe or Transformers, but will allow Hasbro to expand into other IPs.

As for the merchandise based on these properties, Hasbro will have to wait until 2021 to fully leverage many of the lines. “Hasbro’s portfolio of integrated toy, game and consumer products will further fuel the tremendous success we’ve achieved at eOne,” eOne CEO Darren Throop said in a statement.

Hasbro is making some interesting moves here and could be setting itself up to be a studio of its own in the not too distant future.