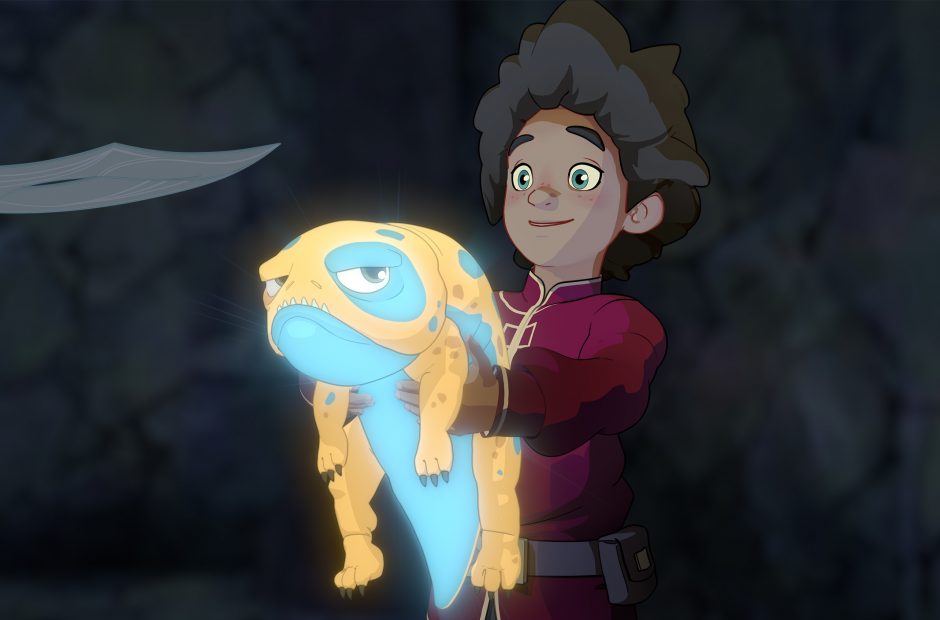 Since the ending of Avatar: The Last Airbender, animation fans have been looking for the next epic series to get invested in. Netflix’s Voltron: Legendary Defender became a good candidate, as has Guillermo del Toro’s recently-completed show The Trollhunters. The latest, though, might be the best yet for fans looking for that particular flavor of show. The Dragon Prince takes the best parts of Avatar and puts them into a whole new world with new characters. There’s a good reason for that: It comes from the mind of Avatar: The Last Airbender‘s head writer, Aaron Ehasz.

The Dragon Prince is set in Xaidia, a world where humankind and elvenkind are at war. The border between the two kingdoms had long been guarded by a powerful dragon, but humans employed dark magic to kill the dragon and its egg.

When we join the show, the two nations are on the brink of war. Moon Elves conspire to assassinate the human King Harrow, a man filled with regret over his past actions. The King’s personal mage, Viren, meanwhile, sees the elves as nothing more than an enemy to be crushed and will use any tool to push his agenda forward.

But these aren’t our main characters. Our protagonists are a trio of kids — Callum, Ezran, and Rayla. Callum and Ezran are the step-son and son of King Harrow, princes in the Human kingdom; Rayla is a young elf assassin on one of her first missions. 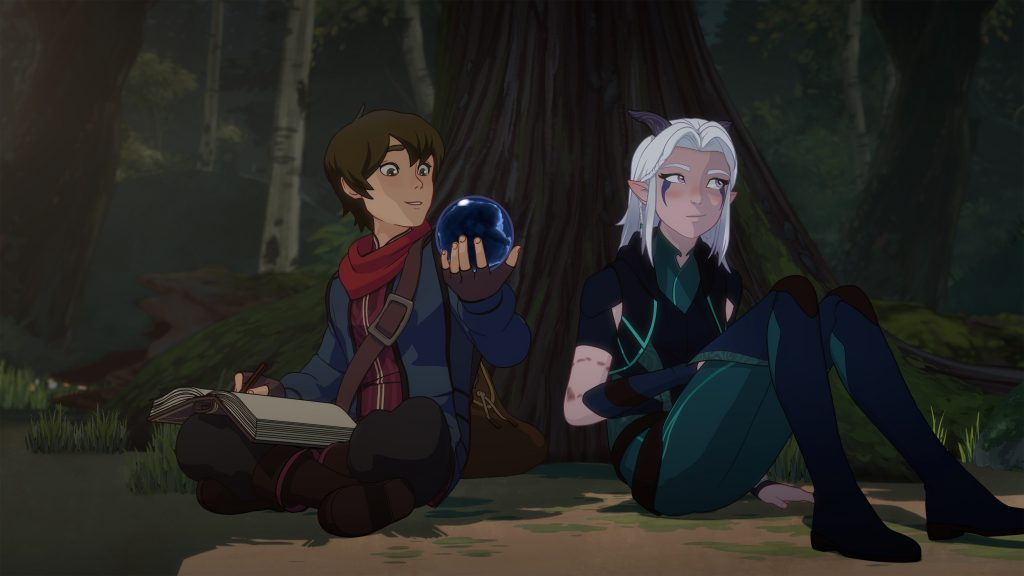 Callum is on the verge of manhood. He’s unconfident and hasn’t yet found his direction in the world, though he approaches it with a careful optimism. Ezran is just a child, and spends his days sneaking through the side passages of his castle with his frog-like pet Bait, stealing pastries. He’s young enough to see the world without the cynicism of the adults or the fear Callum is already experiencing. Rayla is exceedingly talented but wildly inexperienced. She feels a sense of obligation to her mission but hasn’t bought into the hate that grown elves feel for humankind.

These three are our heroes for the show, on a mission much too big for even all three of them together. It’s a starting point similar to how Avatar kicks off.Callum, the de-facto leader of the trio, is even voiced by the same actor who did the voicework behind Avatar‘s comic relief, Sokka.

But it’s not just Avatar, again, even if it goes into some of the same lessons. The show has a Y7 rating, but it does everything it can without directly violating that — in other words, there’s no bloodshed, but a raft of tough real-world topics. These kids live in an adult world where many of the adults are too blinded by power and hate to imagine the status quo changing, and the kids have the deck stacked heavily against them making any of those changes.

The nine-episode season shows us a world that it wouldn’t be tough to imagine a D&D group hopping into, and I imagine a bunch of young roleplayers are going to end up using it as a setting. Fans of traditional D&D-style fantasy will find it more approachable than Avatar‘s setting — not as impressive visually as Avatar, but still with its charms.

Less charming, though, is the animation style, something I think could be off-putting for fans of hand-drawn animation. Wonderstorm, the studio behind the show, is a new and smaller one, and it seems like going with a traditional 2D animation style was out of the question. Instead, the show uses a hybrid 2D CGI style where the characters are given 3D cel-shaded treatment. They look noticeably more “3D” than the world around them, and their movements sometimes feel off in a way that more traditional animation typically does not. Frame pacing is sometimes inconsistent, and you get instances of jerky animation as a result. Anyone who’s seen the anime Knights of Sidonia, or the recent remake of the anime Berserk, will see the same style here. 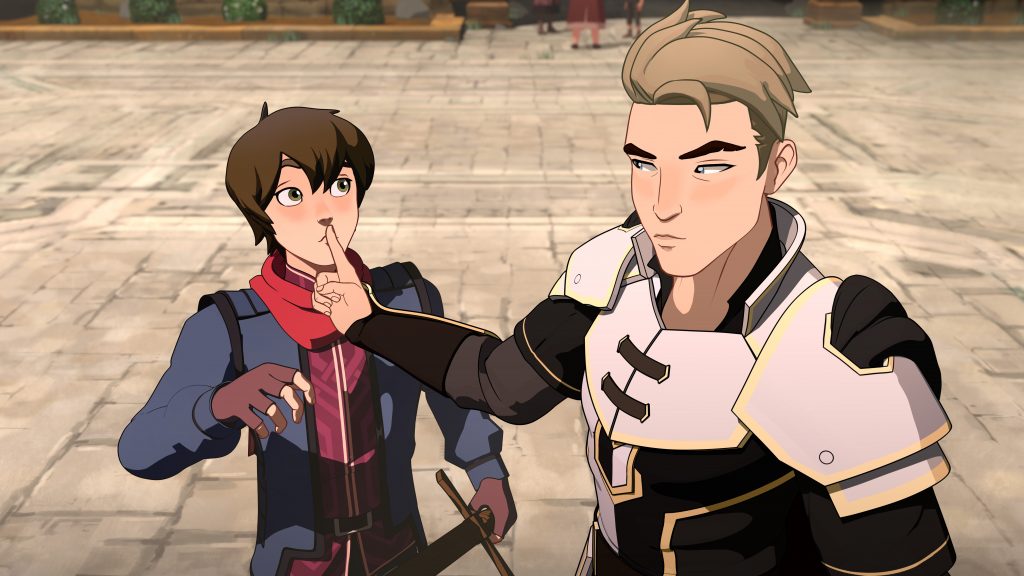 That said, the CGI didn’t keep me from enjoying what the show had on tap. The world and character designs themselves are all great, and do a lot to make up for the strange kinetics of the characters.

The cast is refreshingly diverse throughout. Callum and Ezran come from a non-traditional family structure (the King was either divorced or Ezran’s birth mother died, and the King remarried), but we see a positive father-son relationship between Callum and King Harrow, as well as a strong brotherly trust between Callum and Ezran. The deaf army commander is one of the coolest characters in the show, and the one I want to know more about.

The Dragon Prince really does feel like it’s for “everyone.” Kids and adults will engage with the show in different ways, but there are things for them both to engage with and connect to. There’s an interesting world dynamic in just the first 9-episode season, and it acts as a backdrop for strong drama and exactly the kind of silly humor you remember from Avatar. If you remember that show positively, you’ll want to check out The Dragon Prince as well.