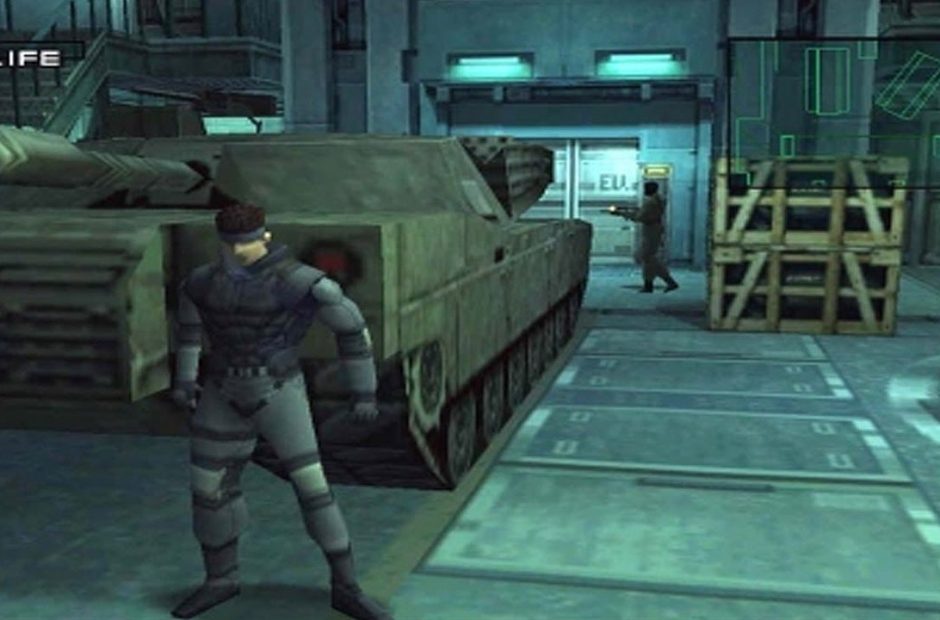 Sony announced its PlayStation Classic mini-console this week, an NES Classic-style system bundled with two controllers and a batch of 20 beloved PlayStation titles. They’ve already announced five of them: Final Fantasy VII, Jumping Flash, Ridge Racer Type 4, Tekken 3, and Wild Arms. What else could be coming? We dug through our closets and came up with a small pile of games we’d love to see on the system. Here they are, in no particular order:

Hideo Kojima’s opus. Many Metal Gear games came before and after Metal Gear Solid, but the first Solid game put all the hallmarks of Hideo Kojima’s idiosyncratic style into place: Sweeping, cinematic cutscenes; pop culture references; deep, quirky game systems; weirdly pervy shots of every female character. Stuff that held true right up through Metal Gear Solid V: The Phantom Pain. Metal Gear Solid is a classic in every sense, and it holds up pretty well, too.

Konami’s other big franchise, Silent Hill, is my own personal “must have” for the PlayStation Classic. While the series would later fall on hard times, the first few games in the series took horror seriously, establishing a deeply frightening, unique game world with images that were horrifying even on the PlayStation’s relatively primitive 3D technology. I’m still a total baby when it comes to horror movies, but Silent Hill ensured that nothing that came after it would scare me the way it did. I mean, except for Silent Hill 2. 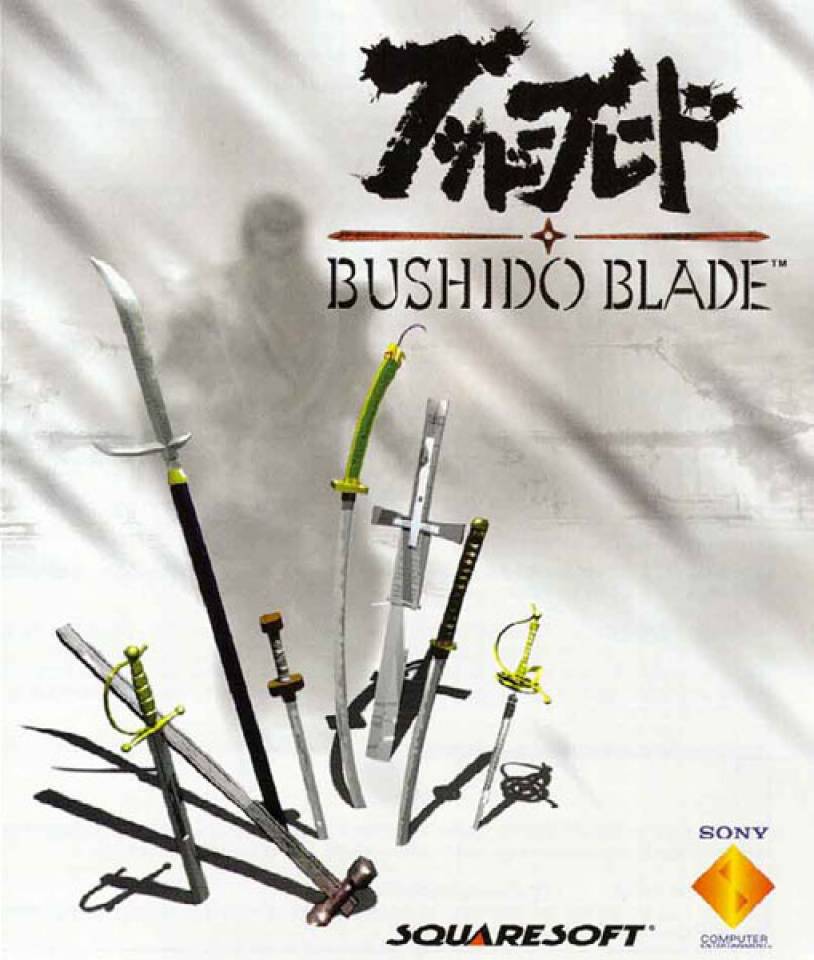 The PlayStation era was a deeply experimental one for the company we now know as Square Enix, then called Squaresoft. Games like Brave Fencer Musashi, Eindhander, and Bushido Blade all came out during this time. That last one is one of my all-time favorites on the PlayStation. The amount of content in the game would be consider anemic at this point – this game could be a free-to-play game nowadays – but back then it provided hours of fun on a simple concept: swords are deadly. Everyone knows that, but we’re used to playing games where you have to do a full combo of sword slashes to take down an enemy. In Bushido Blade, the right move could take your enemy down in a single slice. Squaresoft had reproduced what was so awesome about old Samurai movies. That split second where the samurai hero draws his sword, slices in a sharp arc, and sheathes it, only for his opponent to erupt in a spray of cartoonish blood. Bushido Blade was cool. 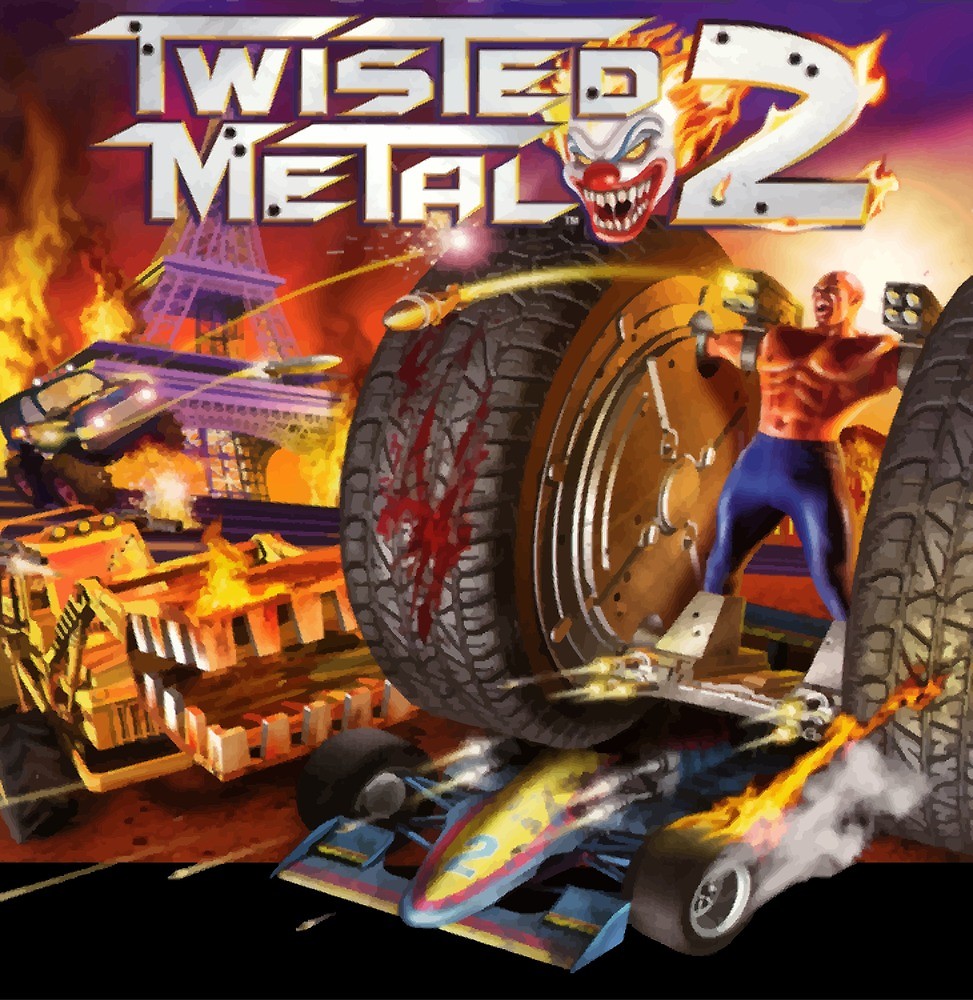 One of the hallmarks of the PlayStation generation was the Car Combat game. A bunch of them came out around the same time: Interstate 76, Vigilante 8, Carmageddon, but none had the style of the absurd, silly Twisted Metal series, a game where a man with wheels in place of his hands could fight against a murderous clown in an ice cream truck.

The genre pretty much died out by the time the PlayStation 2 came around, and attempts to revive it later didn’t go great, but these games are still a blast to play even today.

Castlevania: Symphony of the Night 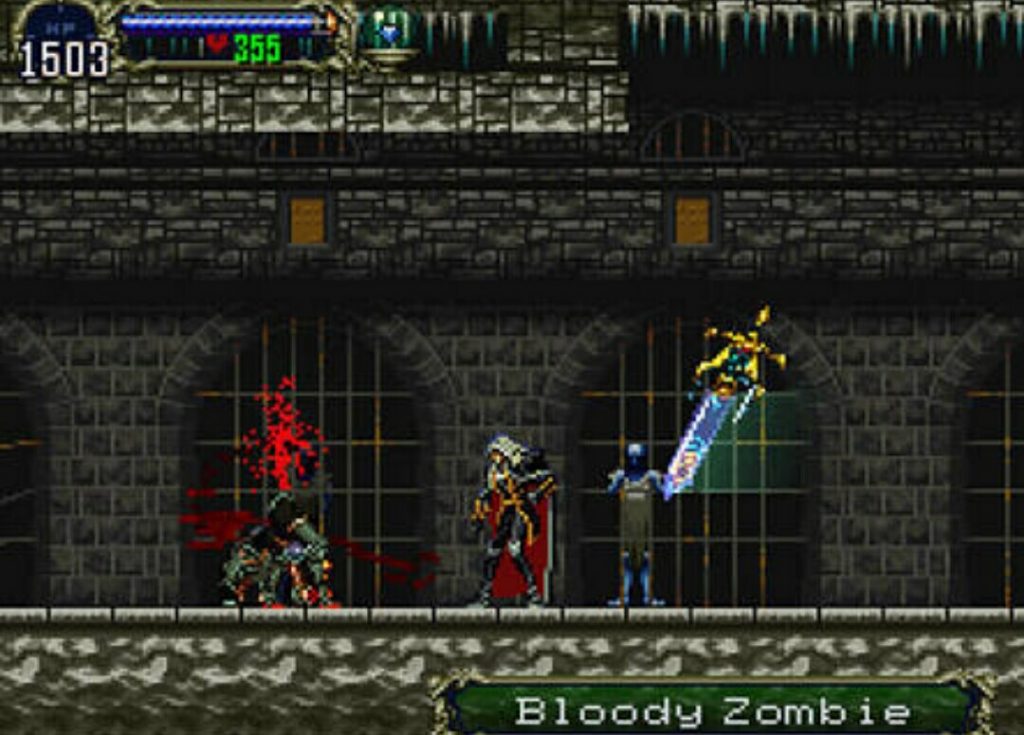 The Castlevania games were a constant of gaming for ages before Konami decided it had had enough of making games that took more than a month to make and release, and the best of them was Castlevania: Symphony of the Night. It’s so good that it has half a genre named after it: The Metroidvania. Alucard (or as we call him here at The Nerdy, Reverse Dracula) steps into his father’s castle with the goal of killing its new lord, Richter Belmont. Immediately, all his weapons and powers are taken away. But he still has his mission.

And so you explore Dracula’s massive castle. If you make the right moves, when you get to 100% the whole game literally flips upside down and that’s when the real fun starts. What is a man? A miserable little pile of secrets. What is this game? An amazing collection of combat, platforming, and silly voice acting that come together to make one of the best games ever.

Like so many other series on this list, Tony Hawk’s games stopped being fun as the years wore on. But Tony Hawk’s Pro Skater 2 was the right game at the right time. What felt like huge stages back then gave room to skateboard around and do crazy, unrealistic tricks. You could grind rails ad infinitum and do tricks that would make a real skater hurl. You could even play as Spider-Man – developer Neversoft was responsible for the Spider-Man PlayStation game – complete with web-based tricks. Back in college, we played this for hours and hours, and I’d love to dive into it again.

Sure, Capcom is hard at work on what looks like a very good remake of Resident Evil 2, and there’s already a remake of a great one out there, but the originals are worth preserving. They were huge in their time, and helped establish the survival horror genre that would become an integral part of the PlayStation library.

I’ll be honest, I never actually played the Crash games. But they’re beloved enough to be getting remakes all these years later, and it would be tough to imagine the console not having at least one Crash game on it. He’s the closest thing Sony had to a mascot character back when mascots were a thing.

I mean, sure, Final Fantasy VII is the big one. But let’s not forget about Final Fantasy VIII. While FF7 was a proper Final Fantasy game built for a 3D console, FFVIII broke from tradition in major ways the series hadn’t previously seen. Summons became their own mechanic instead of a special move. Experience points worked differently, and magic points went away completely. Characters were proportioned like humans for the first time. It’s a divisive game in the series, but it’s worth remembering.

For many of us, Gran Turismo 2 was where racing games changed completely. Instead of being a silly arcade game like so many driving and racing games before, GT2 felt like a proper simulation at the time. That was especially so when you’d watch the gorgeous post-race replays. Back then it felt like games couldn’t look any better than that.

While Nintendo has F-Zero, Sony has Wipeout. This futuristic racer moves at a pace that seems breakneck even today, and featured racing ships with all kinds of wild shapes that seemed to violate physics. It didn’t have Captain Falcon, but it had enough fun to be fondly remembered by PlayStation owners decades later.

Part of what made the PlayStation so successful in the wake of Nintendo’s utter dominance (and Sega’s admirable attempt) was that it inherited Nintendo’s crown as the place to find JRPGs. Final Fantasy VII was the most popular, but there were countless others. One of the best-loved among those was Suikoden 2. The game had over 100 recruitable characters, many of which were usable in the game’s strategic, six-character battles. It’s easy to forget that companies other than Squaresoft made JRPGs back then, and Suikoden is a great reminder of how good those other RPGs can be.

Some of my very favorite fictional worlds came out of the PlayStation era. One of those is the dark vampire tale of the Legacy of Kain series. While I tend to prefer Soul Reaver, the gothic world of the Kain games is one of the more interesting takes on the mythos. By the time Soul Reaver is happening, Kain and his legion of vampires is draining the world of the last bits of life, and the world is dying. Normally we think of vampires as being these loners living in decadence, drinking blood and wearing frilly bondage gear, but Soul Reaver presented them as true monsters. It was also a heck of a technical accomplishment – protagonist Raziel could switch between two dimensions at will. that means that, everywhere you would go in the game, there were two levels layered over each other. It made for some unique puzzling and beautiful game art. I’d take either game.

I legitimately don’t remember very much about this game. I just never got around to playing it. But this is one of Sony’s first-party exclusives back in the day. In that way, there’s a line from it to games like God of War, Uncharted 4, and Spider-Man. It’s the beginning of a long list of PlayStation specials that lasts to this day.

Oddworld is worth including in the collection for its art alone. The unique, lush art style showed us a clash of natural and industrial that was at once deeply relatable and very alien. It felt like something that would’ve come out of the animation studios responsible for stuff like The Secret of NIMH. A 2D puzzler like Abe’s Oddyssee would round out the library nicely.

Including the five announced games, that makes 20. What did we miss? What games are absolute must-have titles for the PlayStation Classic? Jump into the comments and let us know.