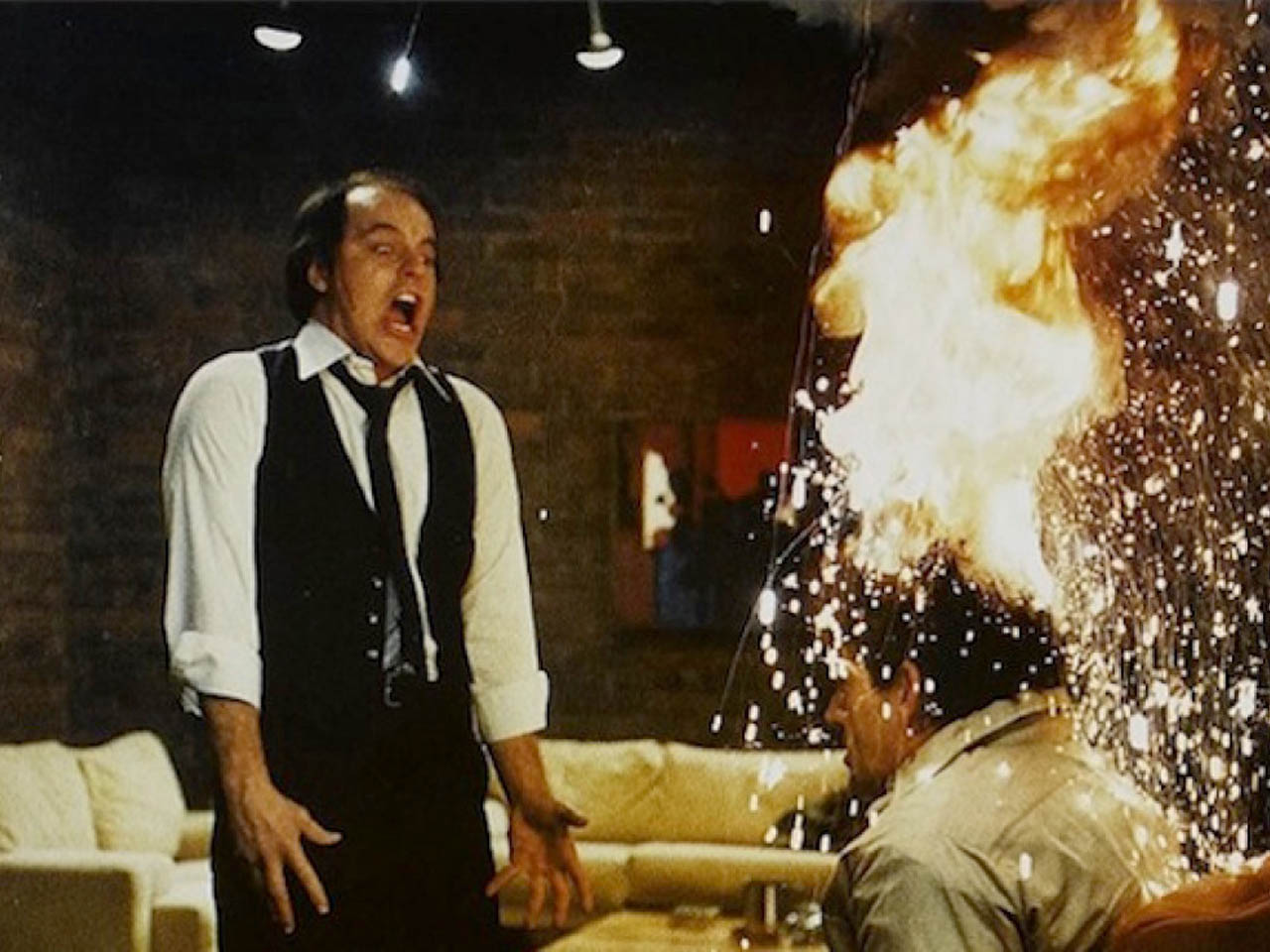 Scanners is one of those films I’ve always meant to get around to, but I just could never find the time.

Now I’m just sorry I wasted my time with “Staring Contest: The Movie.”

Scanners is such a cookie cutter, paint-by-numbers “evil corporation screwed with babies” story that it is stunning. Add on top of this that the telepathic powers are demonstrated by intense staring coupled with a jittering camera, and it’s difficult to not laugh as you watch this film.

This may be one of those times where you truly did have to watch it at the time of release because I have just seen the “evil corporation gives drugs to mothers” story just too many times at this point. Add in people were apparently impressed with the special effects and I am just left scratching my head over this one.

This was not an awesome way to start off the 1981 reviews, that’s for sure.

The 1981 movie reviews will return on January 30 with The Incredible Shrinking Woman!