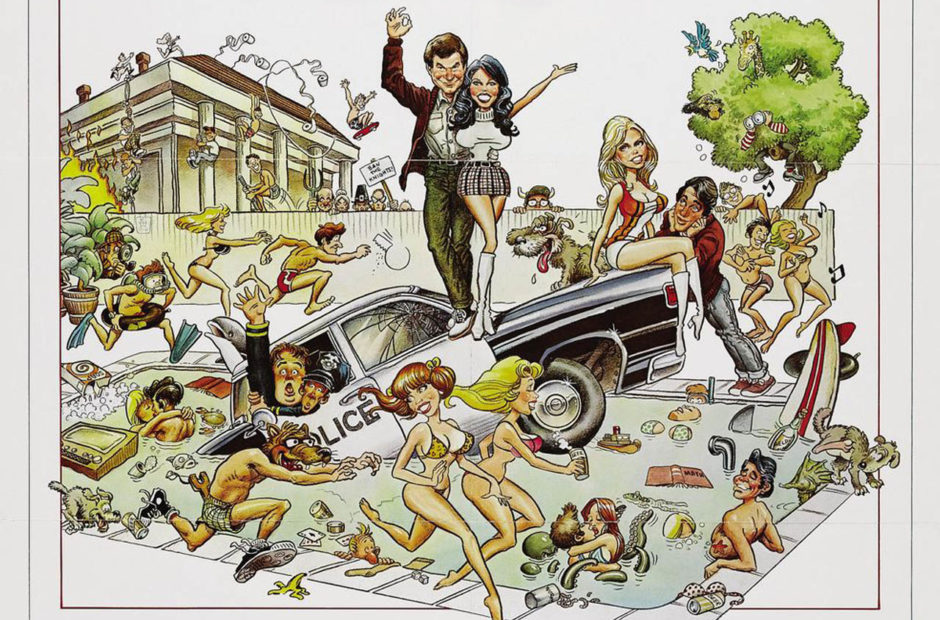 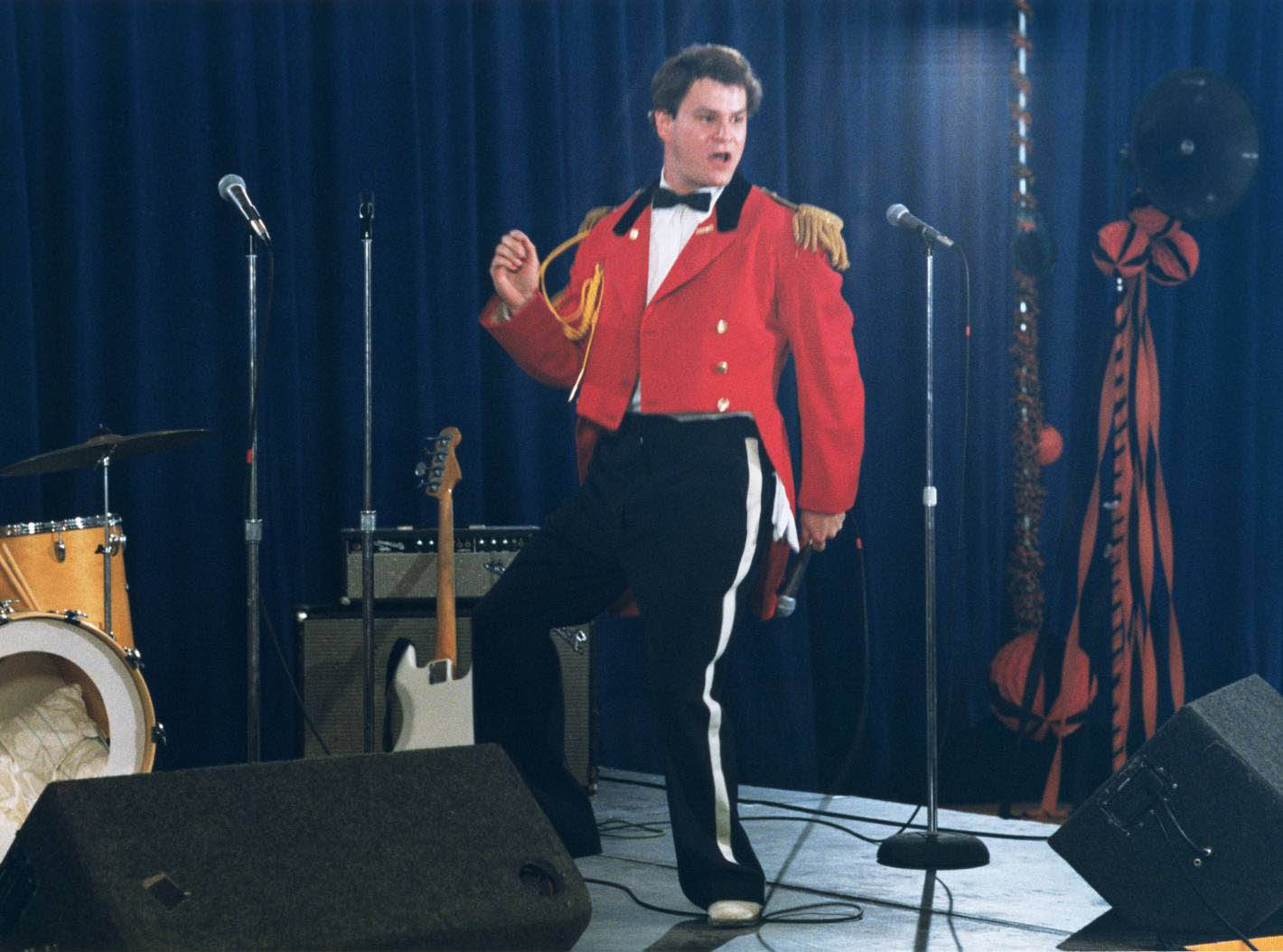 This movie… let me put it to you this way. I have spent more time thinking about this movie than any other I’ve reviewed so far in this series. No, it didn’t make me ask myself existential questions unless you count, “Why am I doing this to myself?”

The Hollywood Knights holds a special place in film history in that it was the first film roles for Robert Wuhl, Michelle Pfeiffer, and Tony Danza. This is literally the nicest thing I can say about this production. Beyond that it is just a trainwreck of completely illogical actions, ‘pranks,’ the seeming ability to warp space/time so you can show up in the most convenient location possible.

The basic premise of the film is The Hollywood Knights is a car club best known for hanging out at a drive-in restaurant named Tubby’s. It’s Halloween night, 1965 (as we are reminded endlessly in radio broadcasts) and Tubby’s is closing much to the delight of a group of busybodies in Beverly Hills who will replace it with an office building. You immediately think, “Oh, so this is going to be a ‘lets rally together and save our hangout!’ movie.”

Nope. The movie ends with Tubby’s closing as planned.

Oh… so… okay. This really could have been set on any night then and Tubby’s closing is completely irrelevant to the plot. Got it.

But who cares about that! This is a comedy, lets make with the yuk-yuks! Oh… what’s that? Jimmy (Gary Graham) has been drafted and may have to go to Vietnam? So, we’re just going to sprinkle in this super-serious storyline in the middle of the yuk yuks as this film came out in 1980 and the audience knows how Vietnam went?

Okay… sure. That makes total sense.

Well, when we aren’t contemplating the horrors Jimmy may be about to see, we spend the majority of our time with Newbomb Kirk (Wuhl), the leader of the Hollywood Knights and his seemingly magical powers to teleport to precise locations.

This is the reference I made earlier to space/time warping. You see, throughout the entire movie, Kirk seemingly shows up in completely illogical locations. The most egregious of these being when Sally (Fran Drescher) and two of her girlfriends drive out to the middle of a park and pull up to a completely random tree to change clothes away from prying eyes. As they get naked it’s revealed that Kirk and more members of the Knights are hiding up in the tree and see the girls naked.

How and when did they get up in this tree? Is changing under this tree a common occurrence? It makes absolutely no sense, and this isn’t the only time something similar happens in the movie.

Of all the movies I’ve watched in this mad plan of mine to watch the majority of the movies released in the 1980s, this could very well be the worst yet. It was just awful.

1980 Movie Reviews will return on June 6 with Galaxina and Urban Cowboy… if I recover from this one in time.