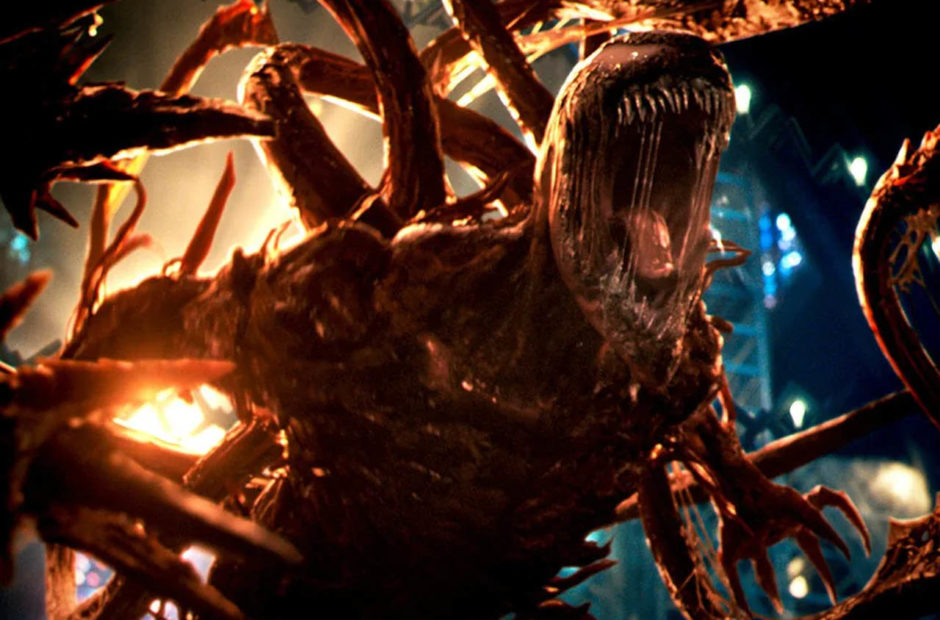 At long last the Venom: Let There Be Carnage trailer has finally arrived giving us our first look at the latest member of the symbiote family.

After several delays thanks to the Coronavirus, the first Venom: Let There Be Carnage trailer has arrived showing off more of Woody Harrelson as Cletus Kasady. We saw our first hints to his take on Kasady in a end credits scene in the first Venom film, but it was still an assumption at that point that we would see a full-fledged Carnage in the sequel.

Still no hints on how Kasady comes to team up with the Carnage symbiote, but it’s clear it has some thoughts on him receiving the death sentence.

We also get our first look at Naomie Harris as Shriek, although the symbiote is only hinted at. In the comics, she starts off as Frances Louise Barrison, a mutant with the ability to manipulate sound. Only later does she come to have a symbiote enhancement. As Sony Pictures doesn’t have the right to use mutants – a concept that was entangled in the old deal with Fox – she will more than likely just have an involvement with a symbiote.

It definitely looks as though Eddie’s (Tom Hardy) relationship with Venom has deepened since the first film. But Mrs. Chen had better get that chocolate order in pretty quick.

Will Eddie and Venom be able to take on this many enemies on their own? We’ll just have to wait and see.

Venom: Let There Be Carnage will hit theaters on Sept. 24.