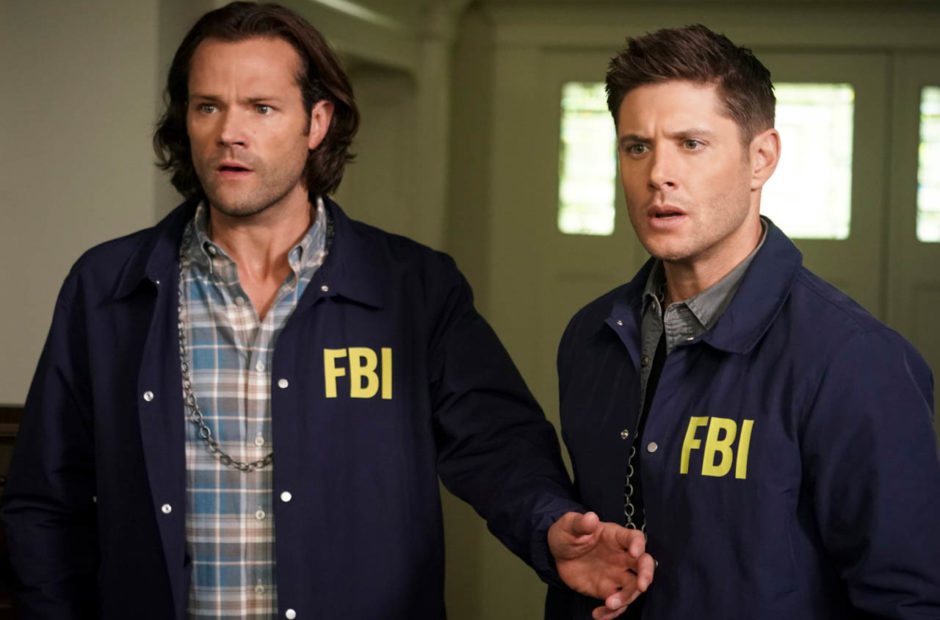 Supernatural is in its final season, and it’s going to take a bit longer than anyone thought it might.

As the thirteenth episode aired on Monday night, that will be the last one for a while. As shows everywhere have shut down due to the coronavirus, which included Supernatural that is within sight of its finishing line.

Andrew Dabb, an executive producer on the series, announced that “Due to the shutdown, this will be our last episode for awhile. Stay well, stay safe, and we’ll see you on the other side.”

(Due to the shutdown, this will be our last episode for awhile. Stay well, stay safe, and we’ll see you on the other side.)

He did clarify that although the series has shot through episode 18, they still need post-production work. They will indeed come back to finish the season, which will also be the end of the series.

(Clarification: We have filmed through episode 18, however our visual effects and sound departments have closed because of the outbreak. So, right now, the episodes can’t be finished. However, have some special treats coming along the way– to help us all get through this.)

With Jared Padelecki already signed to a reboot of Walker, Texas Ranger, things may get a bit tight for everyone. As it’s at the same network, however, we’re sure something can be worked out.