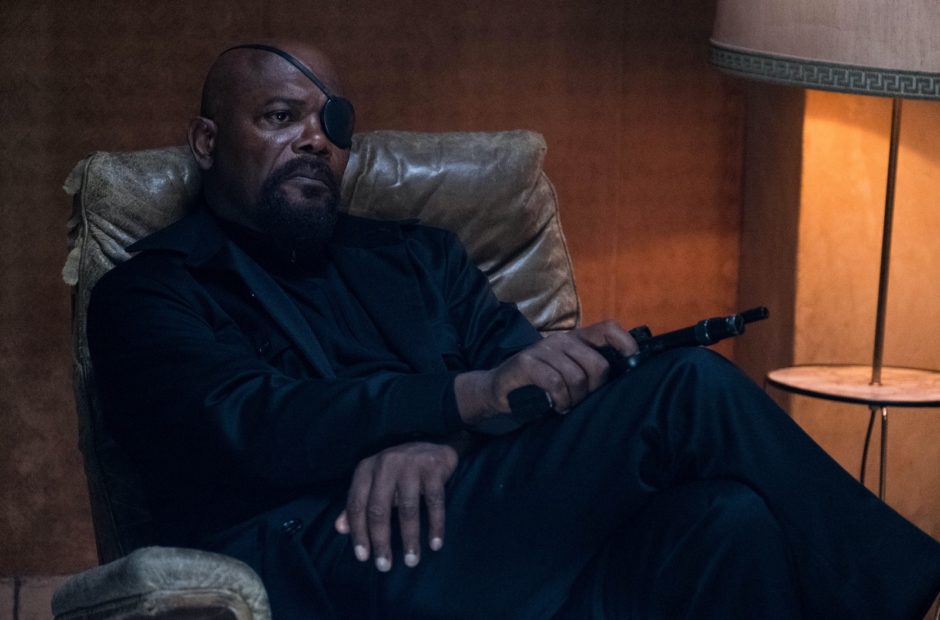 According to a new report from Variety, Samuel L. Jackson is returning to the role of Nick Fury for a new Disney Plus series.

Samuel L. Jackson has been inhabiting the role of Nick Fury since the very first Marvel Cinematic Universe film, Iron Man. Since then he has reprised the role in numerous MCU films, as well as showing up on the Agents of S.H.I.E.L.D. TV series.

The report states that the series will focus on Nick Fury and Kyle Bradstreet (Mr. Robot) is attached to write and executive produce.

The last time Fury was seen on screen was during the post-credits scene of Spider-Man: Far From Home and showed him on ‘vacation’ aboard a Skrull starship. If the series picks up from there, or if we will see Fury return to Earth remains to be seen. With Bradstreet involved, it feels a bit like this may lean more into the spy side of Fury’s life, but we’ll have to wait and see.

There is no mention of Cobie Smulders in the report, but her ABC series Stumptown was just canceled due to COVID-19 complications in Los Angeles. Perhaps this would fee her up to rejoin Jackson as Agent Maria Hill.

Disney Plus is working on numerous Marvel series right now. WandaVision will debut before the end of the year, Falcon and the Winter Soldier is currently wrapping up filming, and Loki is somewhere in the midst of filming. Other series in development include She-Hulk, Ms. Marvel, and Moon Knight.

No word as of yet as to when the Nick Fury series will go into production or release.