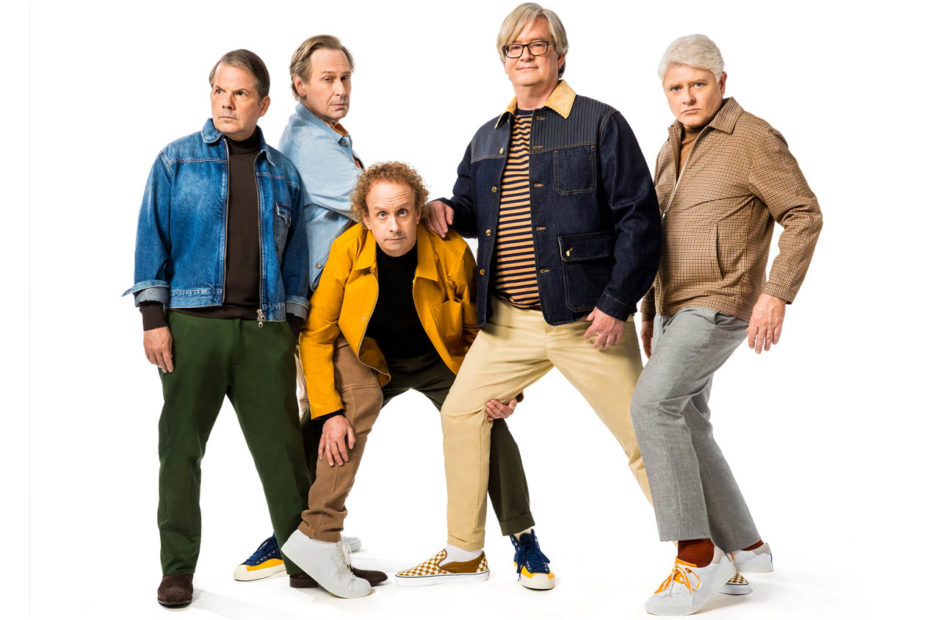 It seems as though every TV series is having a revival as of late. The vast majority of them have failed to recapture the magic of the original series. The Kids in the Hall delightfully don’t fall into this trap and are just as funny as you remember them.

The original series ran from 1989 to 1995 and was followed up the movie Brain Candy and a mini-series called Death Comes to Town. The new series picks up by immediately addressing the most pressing matter for the Kids: The curse of Brain Candy being broken. With the curse lifted, the boys are back up to their old tricks and bring us some of the best humor we’ve seen in some time.

It’s raunchy in all the right ways (there is full frontal nudity within the first 10 minutes of the first episode), but while also poking fun at the world of today.

The one thing I personally feared being a fan of the old series was that they would rely too heavily on their old recurring characters despite having aged out of them. A few of them do make appearances, but the Kids’ age is addressed and makes it just that much funnier.

If you enjoyed the humor of the original Kids in the Hall series, you will enjoy what is happening here as well. Despite my trepidations going in, I walked away wishing Amazon had shared all eight episodes as opposed to only five of them. Someone has finally made a revival worthy of the original, and it feels like a true sixth season of the series despite coming 27 years later. Now, lets just hope this does well enough that we’re graced with even more episodes.

If you do have any younger folks in the house, do take into consideration not watching it with them because even at the age of 50 I went “Whoa” a few times.

Disclaimer: Amazon provided The Nerdy with five episodes of The Kids in the Hall for this review. We watched them to completion before beginning this review.